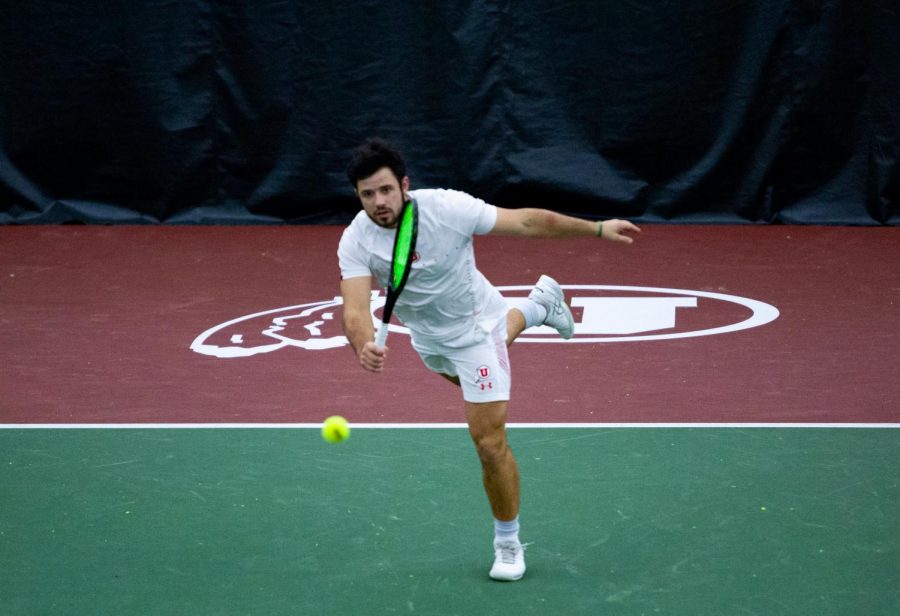 A rough week has finally come to an end for the men and women of the University of Utah tennis teams.

The week began on Thursday with the men traveling to the Mile High City to take on the Denver Pioneers. The day started off promising as Utah earned the early advantage in the doubles category. Utah’s top male duo of Randy Cory and Russell Benkaim started the Utes off with a victory. Denver tied up the score, but first time Ute duo team Mathias Gavelin and Wally Thayne clinched the win in the final duo’s match.

Unfortunately, the early lead for the Utes was not enough. Denver quickly chalked up single’s victories to take a 3-1 lead. Utah was unable to recover and fell to the Pioneers with a loss at the No. 5 position. The final score from Thursday’s match was 3-4 in favor of Denver.

There was little rest for the weary as Utah quickly packed their bags and headed to Albuquerque for Friday’s matchup with the New Mexico Lobos.

What turned out to be a highly competitive match began with Utah’s top duos team, Cory and Benkaim, winning their seventh match in a row. While the Utes held their own in the doubles portion, the Lobos held on to take a 1-0 lead.

Utah had a more auspicious start to their singles than the previous day. Azat Hankuliyev started the Utes off with a singles win on a comeback effort. Benkaim also took a victory in the third set. Even with Utah picking up several victories, New Mexico rallied and took the match 3-4.

While the men did not have a great outing, the women’s weekend began with a win in the Golden State over the UC Irvine Anteaters.

Utah started their day with doubles wins, led by Anya Lamoreaux and Lindsay Hung. After a speedy 6-1 victory, Madison Tattini and Whitney Hekking, who is ranked 19th in the nation, sealed the duos section for Utah. The Utes kept the momentum going into singles. Utah rode the wave of energy, putting up a 4-0 victory over UCI.

With a victory under their belt, the Utes made the quick trip to Loyola Marymount University to end their weekend in California.

Duos once again jumped out to a quick lead with Lamoreaux and Hung racking up the first victory of the day. Hekking and Tattini moved their record to 8-0 on the season, giving Utah the lead going into the singles portion of the game.

While the Utes had a strong beginning, the singles matches proved to be less friendly to Utah. Even with Emily Dush evening the score, the Lobos rallied and clinched the match with a final score of 4-2.

The Utah men currently have a record of 7-4, while the women have moved to 6-3 on the season. Both teams will have a week to recover until they hit the clay in Salt Lake City. The men will face Iowa, Montana State and Southern Utah, while the women will compete against Utah State and Denver.