Exploration and Movement: How Jumes Keeps Asking ‘Why?’ 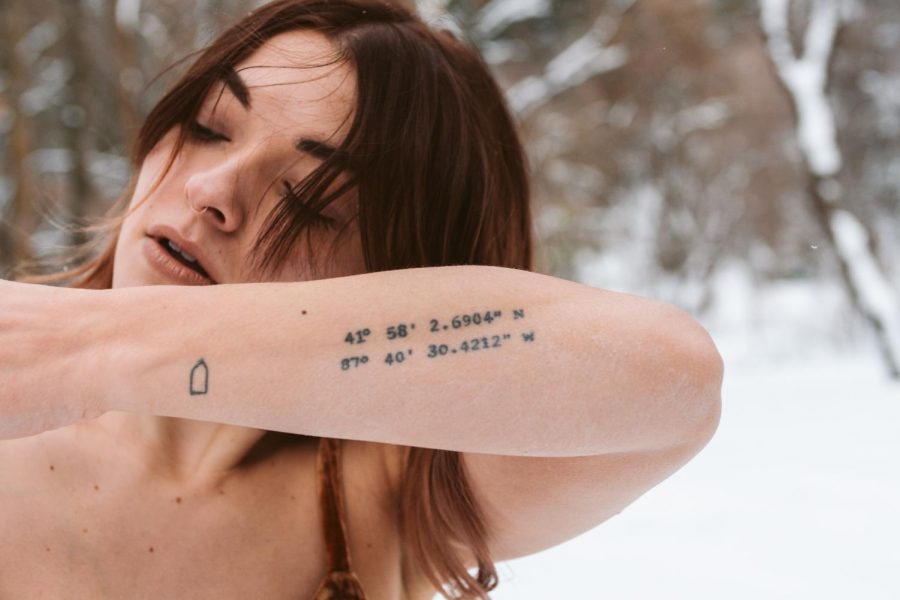 For Elise Jumes, a screendance student and graduate teaching assistant here at the University of Utah, dance is more than mere movement. “I feel like a lot of the problems in today’s world are because people are disconnected from themselves and I feel like what dance can provide is practicing self in the company of others,” she said. In a world contaminated by a widespread, disengaging social media sickness, dancing is an antidote for Jumes.

Originally from a small northern town in Wisconsin right along the shores of Lake Michigan, Jumes and her love for dance don’t fall far from the tree.“My mother put me in dance because she wanted to be a dancer, but that just wasn’t in the cards for her, and I just happened to end up loving it,” she said. With dance being a major constant in Jumes’ life, it only made sense for her to pursue a career in the arts. “I decided to kind of take it seriously once I found out that you could go to college for dance or the arts just in general,” she said.

Jumes has always considered herself to be a multidisciplinary artist, and her eclectic set of interests and talents is exactly what led her to screendance. “Throughout high school, I took photography classes, did a couple of internships at local photography studios and during my undergrad, I was exposed to a handful of film study courses that I just really enjoyed,” Jumes said. The stars aligned when Jumes found the U’s web page and screendance program. “Then when I saw that I could be practicing my [dance] technique, growing my artistry and then also be in a place where I could be studying film, and being able to merge the two — it was kind of like a no brainer,” she said. To solidify even further that Jumes and the U were meant to be: at the time of her discovery of the school, the U was the only university with an MFA program where you could also get your screendance certificate.

Screendance can be fundamentally described as an art form that blends aspects of dance, video and film together, but to Jumes, a series of words construed into a definition doesn’t quite do an art form so unique its due justice. “It’s kind of like a mythical creature, like Bigfoot — if you catch it then the magic kind of goes away,” Jumes said. “And I feel like screendance is kind of like that — if you try to define it, then it starts to lose its magic.”

Jumes’ view on her art and the interpretation of her art come from a very honest place. “I never make work with the viewers in mind. Not to say that I’m ignorant as to what’s happening in the world outside of my work, but I make art for me,” Jumes said. Her art is pure self-expression, a catharsis of sorts and a depiction of what’s inside, not an attempt at being a crowd-pleaser. “So I’m not necessarily looking for people to walk away with an understanding or meaning — if they feel something, whether that be they hate it, they love it, it reminded them of this other thing or this other artist, then that’s great.”

Being very protective of her creative vision and artistry, Jumes chose screendance in order to convey her work as clearly and specifically as possible. “I think dance in concert and the proscenium stage can get a little frustrating or ambiguous in a way that the audience member has more choice in what they’re seeing and how they’re perceiving it,” Jumes said. “And I feel like what screendance does is a little bit more direct — the producer or the screendance artist is showing the audience exactly what they want them to see whether or not they think it has meaning.” Having access to elements of film-like editing, sound design and color grading in addition to elements of dance makes for an easier job of communicating an idea in your head to the screen. Being able to reshoot, tweak things in post-production and really perfect your creative vision is something that live dance has a harder time achieving.

A lot of Jumes’ work integrates philosophical thinking, with her 2019 project “Self and Others” exploring the self amidst others through the use of a pensive inner dialogue and existential ideologies from Scottish psychiatrist R.D. Laing. “I feel like this may sound really silly, but you know children — young children — and how they kind of get into this period of their life where they’re asking, ‘why are things this way’ or ‘why is this that and that this,’” Jumes said, with a smile. “I feel like that’s a phase that I never really grew out of.” Inquiry and asking questions has always been a big part of who Jumes is as a person and how she approaches life. And this approach translates over to her work in screendance — Jumes describes “Self and Others” as experiencing “being in large social settings and a (subsequent) deep state of questioning.”

As for what’s next for Jumes, she said she’s sticking with the same theme of exploring the self, but with a different, environmental-esque approach. “I’m going to be doing another screendance work out in the landscape and doing a lot of research about the land and trying to find the self as a sense of connection to the land.”

More Info
Ellen Bromberg, who will be retiring this semester, is the founder of the screendance certificate. The screendance program here at the U is currently under the direction of Katrina McPherson. Jumes noted that “both of these women have greatly influenced the way I experience, create and perceive work, not to mention they are also the first and only screendance mentors I have ever had.”

For more information regarding screendance at the U, you can visit the screendance certificate website, and be sure to mark your calendars for the International Screendance Festival, happening March 27–28 at the Broadway Centre Cinemas. And, of course, check out Jumes’ own work on her website: www.elisejumes.com.