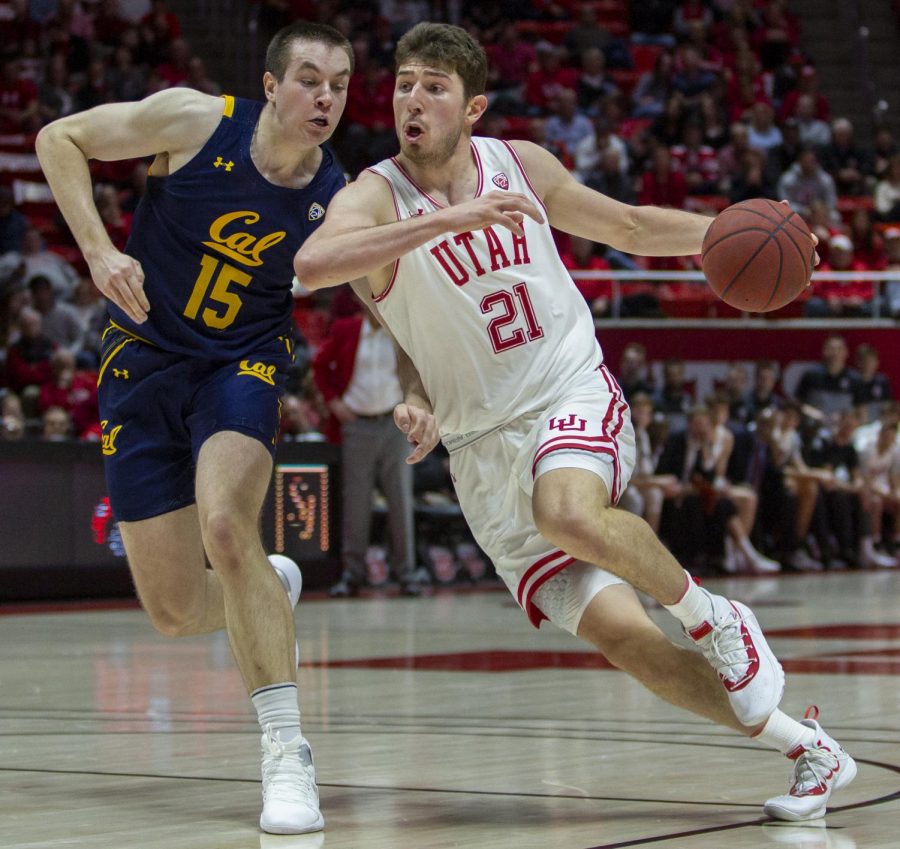 The University of Utah Runnin’ Utes will be back home this week to take on the tough Southern California schools, UCLA and USC. Their first game will be on Thursday at 8:30 p.m. against the Bruins, then on Sunday at 4 p.m to face the Trojans. Both games will be played in the Jon M. Huntsman Center. The Utes are currently 10-1 at home.

Last weekend the Utes were on the road, where they took on Oregon State and No. 17 Oregon and fell to both teams. The Beavers were able to beat the Utes 51-70, and the final score against the competitive Ducks team was 62-80. The Runnin’ Utes are sitting at ninth place in Pac-12 play.

Utah and UCLA faced one another earlier this month in Los Angeles, where Utah fell to the Bruins 57-73. While the Utes picked up their pace in the second period, they weren’t able to come back from behind. Riley Battin led the night with 14 points and Timmy Allen hit 13. UCLA is currently ranked sixth in the conference with a record of 15-11, 8-5 Pac-12. Some of the Bruins’ losses have come by teams who the Utes were able to beat at home, like Stanford and Washington State. After playing the Utes Thursday, UCLA will head to Colorado to take on the No. 18 Buffs.

For their next game against USC, it’s revenge time for the Utes, as they barely lost a heartbreaker to the Trojans on Jan. 30 in Los Angeles. The final score was 52-56. The Utes led all of the first half, but USC was able to pick up the pace in the second to score 33 points and barely move past the Runnin’ Utes. Allen had another 13-point game, while freshman Branden Carlson tabbed 11 for the Utes. Earlier in the season, the Trojans lost to the Washington Huskies, who the Utes were able to take down at home. USC will first play in Boulder, Colorado on Thursday to take on the team who sits at first place in the conference.

Although both Southern California teams will be difficult games for the Utes, the team’s strong home record makes these matchups look even more promising for the Runnin’ Utes to go 12-1 at home. If you can’t make it out to the games, there will be live tweeting here. The first game will be on FS1 and the second on ESPNU.