Utah Tennis Looks to Rebound After Struggles on the Road 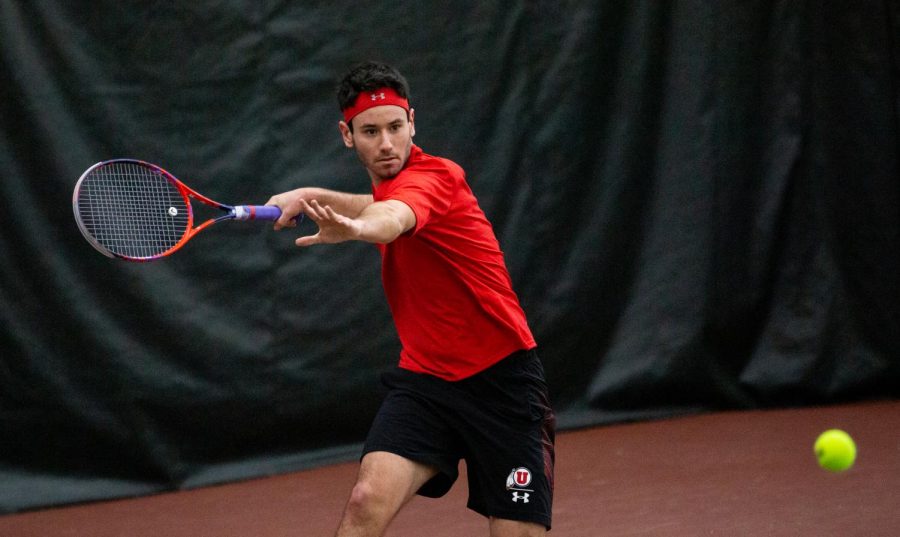 The University of Utah men’s and women’s tennis teams are looking to rebound at home after struggles on the road.

Last Week
The men’s tennis team (8-4, 0-0 Pac-12) dropped both of their games last week as they experienced their first road trip after a long home stand. The Utes first traveled to Denver and despite taking the first game versus the University of Denver (9-0), the Pioneers proved to be too much as they won three straight matches over Utah and never looked back, winning 4-3.

Following their visit to Denver, the men then traveled to Albuquerque to face off against the University of New Mexico (3-4). The Lobos’ record might not seem intimidating, but all of their victories had come at home and they were not about to let the Utes ruin that as they would defeat Utah 4-3.

The women’s tennis team (6-3, 0-0 Pac-12) were able to split their road trip, going 1-1 last week. The Utes began their road trip on the right foot with a commanding 4-0 victory over UC Irvine. With strong performances from Madison Tattini and Whitney Hekking, who are ranked No. 19 in the nation, the Utes completely downed UC Irvine and left them winless on the day.

After dominating UC Irvine, the Utes didn’t have to go very far to face Loyola Marymount in Los Angeles. While the Utes saw early success, LMU proved to be a tough opponent as they stole the lead quickly and ended up defeating Utah 4-2.

This Week
The men will look to protect their perfect home record as they take on Montana State this week. Utah will face Grizzlies (2-1) on Saturday, Feb. 22 at 10 a.m at the George S. Eccles Tennis Center.

The women’s team will also be at home as they take on Utah State and Denver. Utah State (3-2) is on a two-game losing streak with losses to BYU and Northern Arizona. Utah will look to hand the Aggies their third straight loss on Saturday, Feb. 22 at 1 p.m. at the George S. Eccles Tennis Center.

Following Utah State, the Utes will take on the University of Denver (7-2). Denver is rolling after three straight wins against Montana, No. 25 South Carolina and Texas Tech. Utah will face the red-hot Pioneers on Sunday, Feb. 23 at 11 a.m.

Fans are encouraged to come out and support both teams at home this weekend.