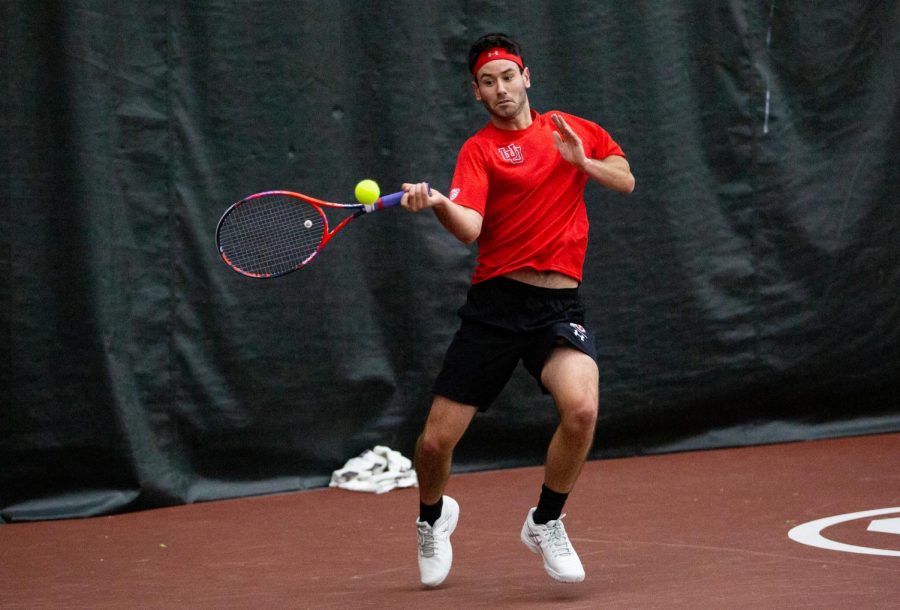 There’s no place like home for Utah Tennis as both men’s and women’s teams won out this weekend.

Men’s Tennis (10-4 overall, 0-0 Pac-12)
On Friday, the Utes would welcome No. 23 Iowa to George S. Eccles Tennis center. The Hawkeyes entered the game on a seven-game win streak and were undoubtedly looking to ruin Utah’s perfect home record of 8-0.

However, the Utes had other plans and came out firing on all cylinders as they took the first doubles match 7-6. Shortly thereafter Randy Cory and Russell Benkaim upset the No. 10-ranked doubles duo of Oliver Okonkwo and Will Davies, which gave the Utes a 1-0 lead heading into singles. In the singles matchups, Cory and Benkaim continued their excellent play as they both posted individual victories and put the Utes up 3-0.

While the Hawkeyes would fight their way back and win the next two matches, the Utes would not be denied as Slava Shainyan defeated Joe Tyler 6-2 and the Utes would complete the upset 4-2. Then, Azat Hankuliyev lost the last singles matchup to bring the final score to 4-3.

“It was a season saver beating Iowa. This was a great way to come back and get a big win for morale,” said Cory. “We like to think we are unbeatable here and we protect this house.”

The men continued their dominance on Saturday, defeating both Montana State and Southern Utah in sweeping fashion. The Utes would win both competitions 7-0 and remain undefeated at home.

The men will continue their home stand as they face Loyola Marymount on Saturday, Feb. 29 at 12 p.m. They will then take on Northern Arizona later that same day at 5 p.m.

Women’s Tennis (8-3 overall, 0-0 Pac 12)
On Saturday, Utah faced off against in-state rival Utah State. The Utes rolled to a 4-1 victory with strong performances from No. 16-ranked duo Madison Tattini and Whitney Hekking, who posted a 6-1 victory and are 9-0 this season.

The Utes quickly got out to a 3-1 lead and all eyes turned to sophomore Emily Dush, who had the opportunity to seal the game. She dominated her opponent with 6-3 and 6-1 victories, which finished off the Aggies and gave the Utes a 4-1 victory.

“It was nice to be back at home playing in front of friends and family.” said Dush. “Beating another school from Utah is always nice as we prove our dominancy.”

Utah carried that momentum into Sunday as they would upset No. 33 Denver. The matchup was all tied at two apiece until Hekking gave the Utes a 3-2 lead with her 6-0 victory and then Anya Lamoreaux finished Denver off, winning 6-3 in her final set.

The women will be back in action next week on Friday, Feb. 28 at 5 p.m. as they welcome BYU to George S. Eccles Tennis center. They will then head to Boise to face off against Boise State on Sunday, March 1.