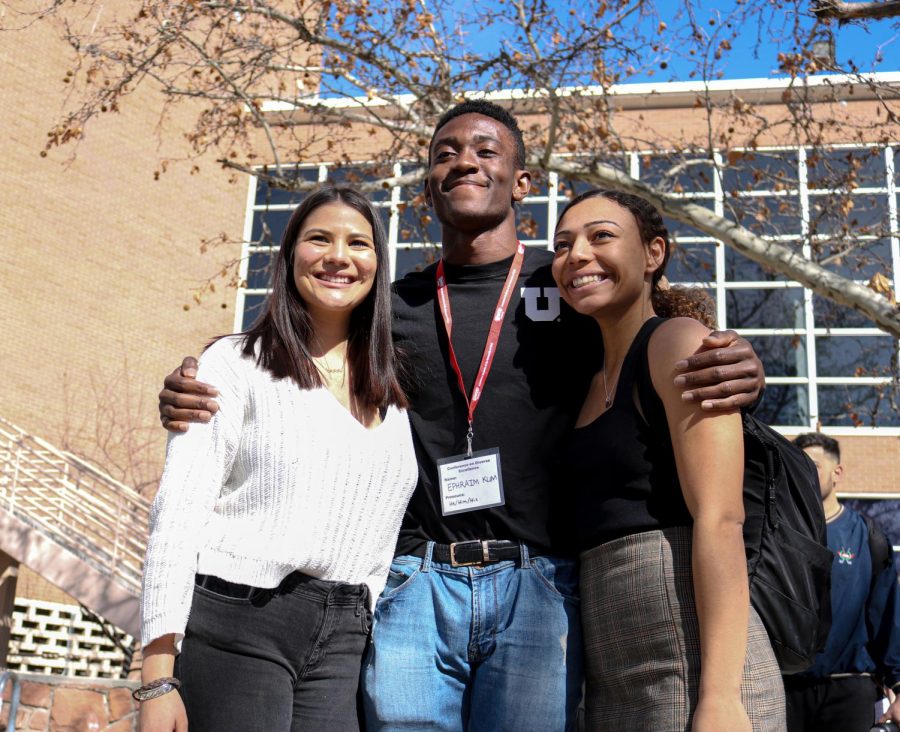 The results were announced by Audrey Stegman, the elections registrar, on Feb. 28 at 1:45 p.m. on the patio of the A. Ray Olpin Union.

Kum’s win was met with cheers from the audience and a group hug and tears from the ticket. Kum said he was “really grateful” and Amaechi said she was “elated” about the win. The Kum ticket received 39.47% of the vote, followed by Hardenbrook, who received around 30.28% of the vote, and the Nasser ticket, who received 22.75%.

According to Stegman, voter turnout increased by 3% from the 2019 elections, garnering around 2,949 votes in the presidential election.

“All the students who supported and voted for us, they’re the whole reason we are even in this position … so much gratitude to them for believing in us and wanting us to advocate for them,” Valdes said.

They also expressed their gratitude to their team, the Daily Utah Chronicle and Hinckley Institute for hosting debates, the other tickets for bringing a lot to the discussion and the elections committee.

The ticket said they had no idea who was going to win until it was announced. Amaechi said it was really up in the air.

Kum said they are planning on meeting with the other tickets as soon as possible to learn about their plans and what can be adopted into the new presidency. Amaechi said that having two other tickets allowed everyone to have a platform to speak and brought attention to the election.  “That was probably the best thing that contributed to having such an effective and efficient campaign,” she said.

Dallas Blackburn won attorney general over Nicholas Tygesen with 40.83% of the vote.

The results for both senate and assembly elections are as follows.

Assembly: The four seats went to Spencer Mukai with 19.06%, Taylor Vandertoolen with 20.20%, Emily Pellegrino with 16.37% and Katrina Price with 14.50%, beating out Ermiya Fanaeian and Nolan Phan.

Assembly: Rosemary Richards beat Casey McFarland with 55.96% of the vote.

School of Medicine
Senate: Mariajose Velasco beat Alyssa Brown with 43.68% of the vote.

Assembly:  Emi Radetich won over Hailey Hewitson and Shirley Luo with 70.59% of the vote.

The election site allows for students to express interest in taking the positions. Candidates will be interviewed and selected by ASUU.