Utah Democratic Representatives Rally for Pete: What Do Students Think? 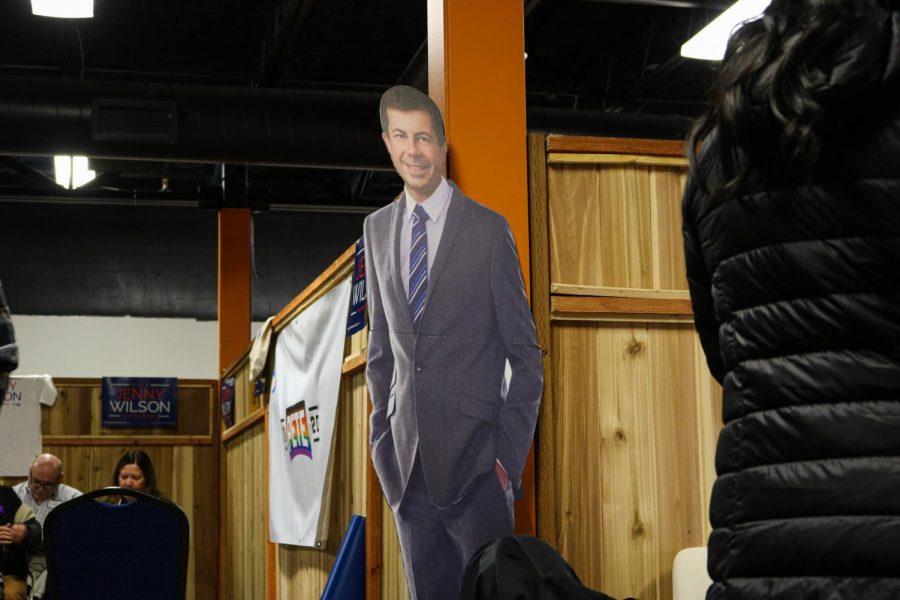 By Ivana Martinez and Jacqueline Mumford

Over the past few weeks, Utah’s Democratic politicians, from city mayors to Congresspeople, have been throwing their support behind different presidential candidates.

However, only two of these candidates have been formally endorsed by Utah representatives — Mike Bloomberg and Pete Buttigieg. On Jan. 31, newly elected Ben McAdams (UT-4) offered his support for Mike Bloomberg.

On Feb. 21, in Salt Lake City at a Pete Buttigieg canvassing event, Wilson spoke about how she sees Buttigieg’s mayoral experience as a strength.

“I think right now what we’re seeing is a broken federal government,” Wilson said. “We have amazing workers still within our federal government but we’ve seen, you know, a Congress that is frozen and unable to move forward and divided.”

According to Wilson, Buttigieg stands out because he understands what’s happening in the heart of the communities in America. Wilson believes he can bridge the gap across the aisle.

Rey Johnson is a member of the Students for Pete organization at the U and a graduate student studying biomedical informatics. When he heard the Salt Lake City and county endorsements, he and his friends celebrated.

“There’s been a lot of us watching the debates, cheering from the sidelines. But to suddenly see the event where Mendenhall made her announcement in support of Buttigieg … it was incredibly exciting.”

Johnson believes that Buttigieg has national appeal, but he’s uniquely appealing to Utahns.

“Since day one, the campaign has had to overcome the obstacle of name recognition,” he said.

“Last Saturday, I was knocking doors with campaign volunteers and found active, registered Democrats who were planning on voting in the primaries who hadn’t heard of him or made up their minds yet,” he said.

“But, having prominent Salt Lake politicians, people who are known and respected, making public endorsements — especially three for the same candidate — means something.”

Buttigieg, who served as the mayor of South Bend, Indiana, would be the first openly LGBTQ+ president if elected.

“I met two women who had children who are gay. My daughter just came out,” said Karmel Harper, the Pete Buttigieg Davis County campaign captain.

Harper met Buttigieg on Feb. 17, when he visited Utah. “We told him we were all mothers of gay kids, and [he] replied ‘thank you for supporting your kids.’”

Ermiya Fanaeian, a sophomore studying business, is campaigning for presidential candidate Elizabeth Warren. She was disappointed in local politicians for supporting Pete Buttigieg and Mike Bloomberg.

“We have seen time and time again [how these candidates] have not stood up for marginalized folks in the ways in which the leftist progressive candidates have,” Fanaeian said.

Fanaeian believes that although Buttigieg is an open member of the LGBTQ+ community, he does not represent everyone who identifies as such.

It “is far from the case for many of us who are trans and are queer folks of color,” Fanaeian said. “He is not a representation of us.”