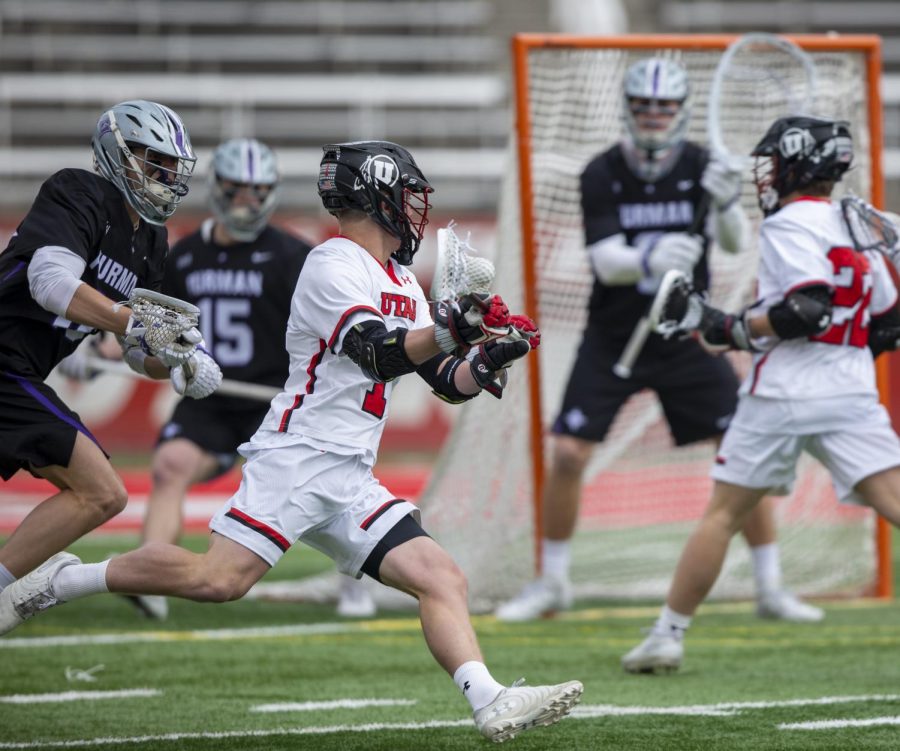 The University of Utah (3-2) lacrosse team is back in action this weekend as they hit the road to take on Mount Saint Mary’s University (2-4) in Emmitsmurg, Maryland. This is the second straight road test for the Utes as they enter this week off of a win at Jacksonville on Feb. 29 by a score of 15-11. This win brought their season record to three wins and two losses and was the second straight win for the team.

Mount St. Mary’s lost their last game to Richmond by a score of 7-14, and they are looking to reverse course with a win. Both of their wins, against Towson University and Virginia Military Institute, have been by just one goal. They have also lost to Delaware (14-8); the University of Maryland, Baltimore County (9-4) and Georgetown (14-7).

The Mountaineers’ leading goal scorer entering this game is Kelly Gouin, with 11 goals so far on the season. Gouin is followed closely by Luke Frankeny and Brenden McCarthy, who both have nine and seven goals, respectively. McCarthy also leads the team in assists with six, which makes him the team leader in total points with 13.

Dylan Furnback has played all but one minute in goal for the Mountaineers and has recorded a save percentage of 47.8. He has made 64 saves and given up 70 goals, which have led to allowing an average of 11.67 goals a game.

The Utes’ scorers will look to take full advantage of this. They’re led by Jimmy Perkins, who enters the game with 17 goals already on the season, while Colin Burke is the next closest with 12. Burke also leads the Utes in assists with 16, making him the highest on the team by far in total points with 28.

Liam Donnelly has started in the net all five games so far for Utah and has a save percentage of 53.2. He has allowed 44 total goals against 50 total saves which have led to goals allowed, a game average of 11.06.

This matchup will be played on Saturday, Mar. 7 at 10 a.m. There is, unfortunately, no way to stream the game, however, fans can follow along live with the live stats feature on the Utah Athletics website.