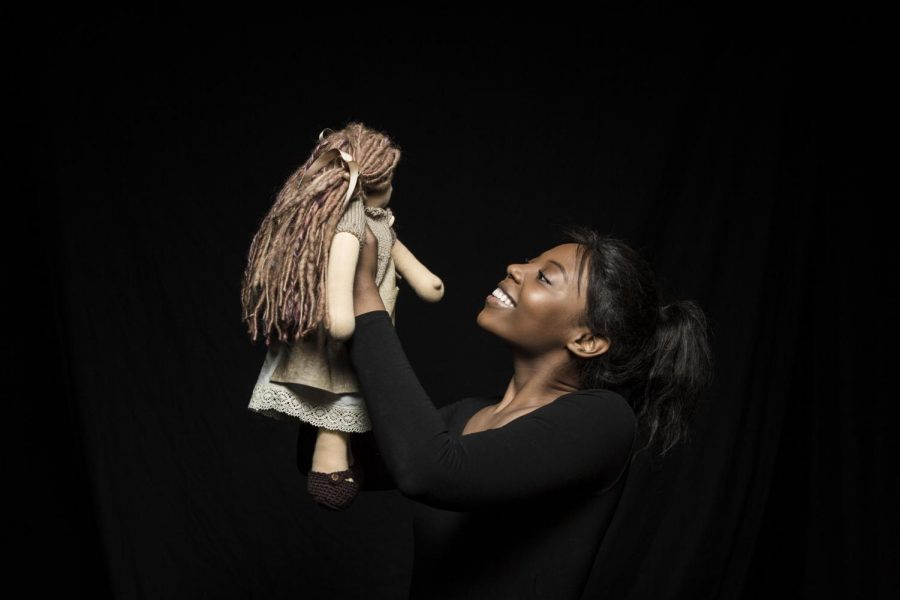 Mimi Ndiweni on the set of "Dishonour." (Courtesy Terrence Turner)

Trigger warning: The film discussed in this article is about female circumcision, also known as female genital mutilation (FGM).

Terrence Turner’s one-act, one-woman short film “Dishonour” is a poignant portrayal of the clash between tribal and industrialized cultures for one African family newly emigrated to the United Kingdom. Starring Mimi Ndiweni as all six of the film’s characters, the story guides viewers through the complexity of ancient traditions carried into modern contexts. We watch as five-year-old “Babe,” curious and full of life, struggles with her great aunt’s desire to hold on to patriarchal gender roles while Babe’s widowed father aims to assimilate the family into Western culture.

A major takeaway from this film is the stellar performance by Ndiweni. Aided by no props, no score and nothing but a black screen for a set, Ndiweni is forced to push the story forward entirely on her own, and she does so beautifully. She handles the nuances and intricacies of each of her six characters with grace and a deep understanding of who she is playing — most notably, of course, our innocent and energetic protagonist “Babe.”

Director Turner explained that finding the perfect actress to do the heavy-lifting of “Dishonour” was no easy task. After casting in Vancouver, Toronto and finally London, he recounted the feeling of defeat when London auditionee 66 of 68 didn’t fit the role. “I said to my brother, ‘I think I’ve written something that can’t be done. I think I have to go back and rethink this. Maybe we have to have six actors for the six parts,’” Turner said.

Luckily, his brother convinced him to stay and finish the London auditions. “Sure enough, number 68 was Mimi,” Turner said. “She was completely the character. We found her.” Turner explained that Ndiweni, whose family is from Africa and whose father served as a tribal chief, was excited from day one to join the project and help share its crucial message.

To ensure that this message was as representative as it could be of women’s real experiences from around the world, Turner looked to transcripts of interviews with survivors of FGM. He notes that “80% of the dialogue is from the mouths of women who had this done to them.” Viewers won’t find this fact too surprising, as the story flows palpably and authentically. In fact, as I watched, it was actually difficult for me to remember that “Dishonour” is a film depicting realistic but fictional events — not a documentary following a real-life family.

That said, the events depicted are clearly based in modern reality. Turner commented that the driving force in his production of this film was his own “wake-up call” when he first learned that female genital mutilation occurs frequently all across the world, not just in small-scale sub-Saharan societies. He stressed the practice is not comparable to male circumcision — a rightfully controversial practice, but a separate, less invasive one.

Female circumcision is an “obvious abuse of human rights” that is used, although often with the intention of love, to regulate women’s sexuality as well as uphold a family’s sense of purity. Turner hopes that “Dishonour” will shock those who do not already have a clear perception of this problem and that it will motivate viewers to engage with the topic sans the taboo that typically surrounds it. I know the film was successful for me.