‘Genderqueer’ Challenges the Norms of Gender and Identity 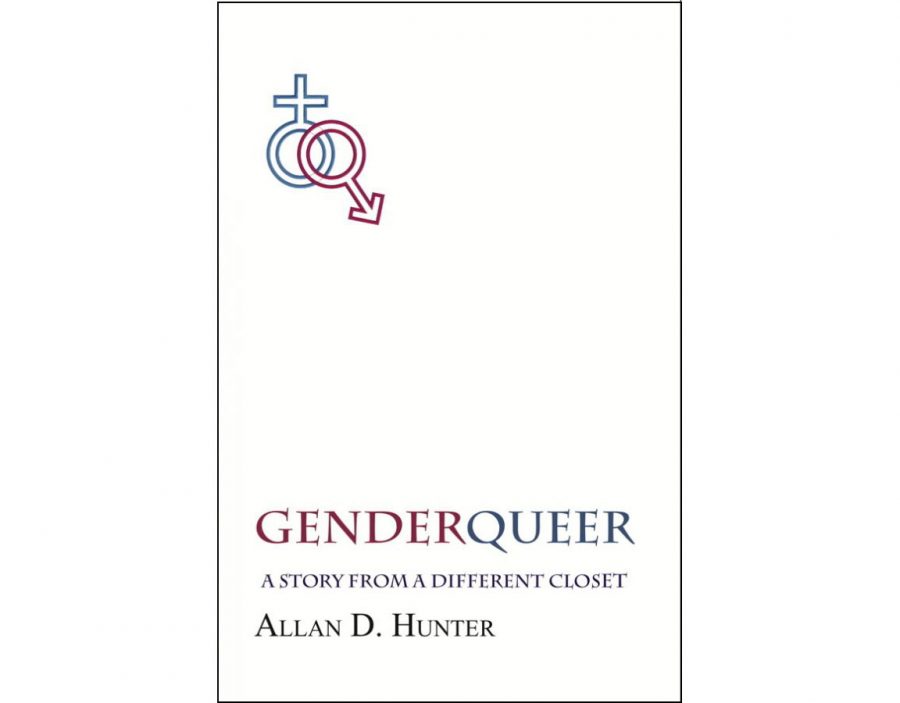 Allan Hunter’s debut book “Genderqueer: A Story from a Different Closet” takes a personal look at the topic of gender and the dilemma that comes from not conforming to gender norms. The book brings up an important conversation that needs to be addressed while taking a deep dive into the term “genderqueer.”

When Allan Hunter came out in the spring of 1980, the term genderqueer did not exist. No gender felt like the right fit and it left him without a sense of self — in addition to being surrounded by doubtful peers. It wasn’t until years after he had come out that Hunter learned of the term “genderqueer” and found that it best applied to his situation.

“I didn’t come out as ‘genderqueer’ —  the word hadn’t been invented yet. I explained to people that I was like one of the girls, but unlike the transsexual people they might have read about, I was entirely OK with being male. It wasn’t about sexual orientation,” Hunter said.

Misconceptions often go hand-in-hand with the discussion of gender. The conversation surrounding gender can be confusing for some who find the term synonymous with a person’s sex.

Someone’s gender may or may not align with the sex they were assigned at birth. Sex is a biological difference between males and females. Gender is more complex and can be harder to explicitly define. It involves society’s expectations of individuals and the corresponding gender roles. It can relate to how someone perceives themselves and identifies as opposed to what body they were born into. Genderqueer is an umbrella term beyond the categories of female or male. Instead, they identify with neither, both or a combination of genders.

Hunter believes in the power of representation and the importance of coming-out books — he references Jacob Tobia’s “Sissy: A Coming-of-Gender Tale” and Waldell Goode’s “Queen Called B—-: Tales of a Bitter-Ass Homosexual” by Waldell Goode as personal favorites. Ultimately, he decided to write down his own experiences and journey when it came to his gender identity. “At first it was simply a tool of self-assessment that allowed me to look back and assess how I’d gotten here in the first place,” Hunter said, reflecting on the writing process. “I think it brings up some elements that are not being said out loud and for which there is not a label.”

Hunter said that the term “genderqueer” makes many people question the validity of the gender itself. He hopes that his writing communicates the message that genderqueer is anything but a bandwagon to jump on. It’s a gender just as male and female are, and Hunter hopes that with more education, people can be more understanding. In addition to writing a book with the goal to provide awareness, he invented the symbol that’s displayed on the cover of his book. The symbol is meant to express being “inverted” or “straight backwards.”

The book is available currently for preorder on Amazon and will be available on March 16, 2020.