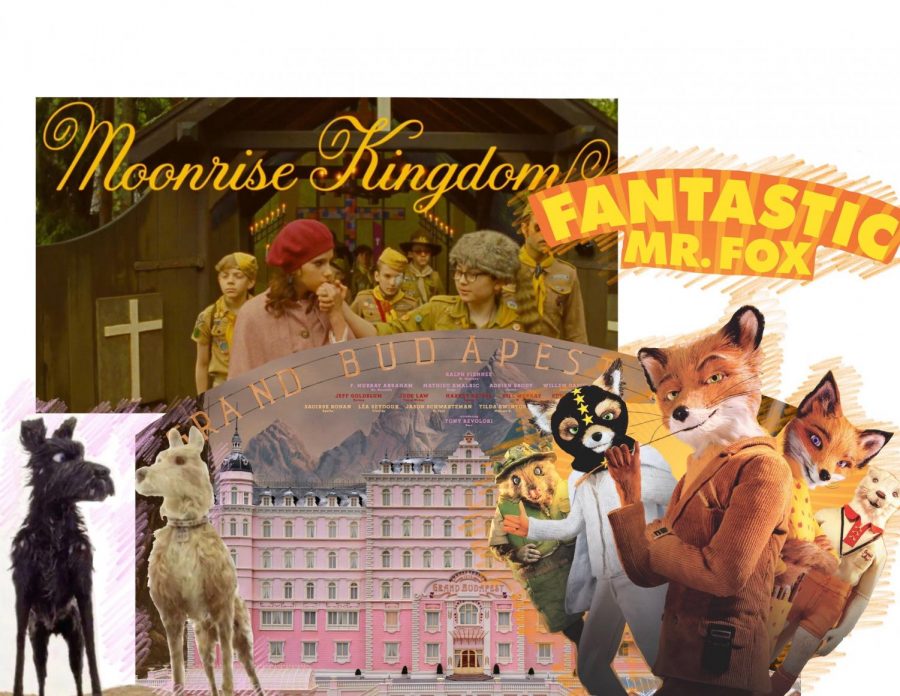 With the recent release of the trailer for Wes Anderson’s next film “The French Dispatch,” I thought it was only fitting that we take a look back at the author’s previous work and how Anderson’s films have the same distinct style and charming aesthetic to them, yet are still their own wonderful, distinguishable pieces of art.

If you’re familiar with Anderson’s work, you’d probably be able to spot something created by the acclaimed American writer and director based on a single frame — that’s how clear and consistent his style is. However, this is not to say that every movie of Anderson’s is the same. Hell, this man has done more than just dabble in both animated and live action cinema with films like “Fantastic Mr. Fox,” “Isle of Dogs,” “The Grand Budapest Hotel” and “Moonrise Kingdom” — the variety in these films alone will tell you that Anderson has no intentions of repeating himself. He’s said it himself in interviews before — he doesn’t mind terribly having a collection of films that are linked together in a way. But if you told Anderson, “Well, that’s just what you did before,” it wouldn’t sit well with him.

Whenever I watch a new Wes Anderson movie, it doesn’t feel stale — it feels like a cozy return to home. A completely foreign storyline is matched by Anderson’s iconic and familiar use of symmetrical framing, stand-out set and costume design and, of course, the deadpan, niche and uniform humor and dialogue that audiences know all too well.

All of these aspects of Anderson’s films sound like they’d be much too quirky or idiosyncratic to find in the real world, but Anderson has said that almost every character in any movie he’s ever made is based on somebody or the combination of multiple people he’s met in real life. He’s also said that to some degree, what you see in his films is inspired by his background and his own psychology — uncontrollably, a part of him is in the movies. I mean, look at a picture of this guy — he even looks like a Wes Anderson movie character.

I think these strange yet personal elements that make up a Anderson film, combined with the fact that said elements recur throughout Anderson’s filmography, is what makes for a uniquely comforting experience. We feel Anderson’s personality manifested in the films he makes. Audiences are attracted to and connect with these films as if they are living, breathing human beings themselves, and that is an incredibly beautiful thing.

I like to compare these films — and really, film in general — to music. Most of my favorite musicians have their signature sound, but that doesn’t mean every song is the exact same — that would be unbearably boring. Even when artists take complete left turns with their music, you can still find parallels in their discographies. Anderson’s voice is loud and clear, so much so that when you’re watching one of his films, you know it. Though a lot of his films are cut from the same cloth, no cut is the exact same.

You can watch the trailer for Wes Anderson’s new film, “The French Dispatch,” here.