Christopherson: Utah Has a Chance to Make the Juvenile Justice System More Compassionate 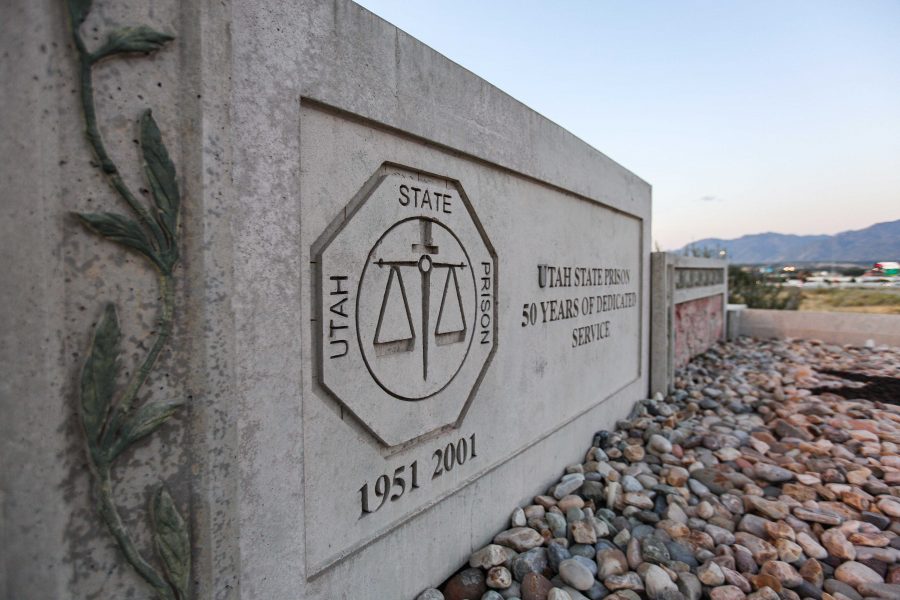 The front gate of the Utah State Prison in Draper. (Photo by Justin Prather | The Utah Chronicle).

It’s no secret that America’s criminal justice system is in need of a major overhaul. The death penalty is still legal in 29 states. Over 60% of women incarcerated in state prisons have a child younger than 18. And while racial disparities in imprisonment have declined over the last two decades, they still exist nationwide. In 2016, for example, five black people were imprisoned for every one white person incarcerated for drug crimes.

With so many factors at play, one issue that often doesn’t manage to capture our attention is how courts should deal with children who commit crimes. But this legislative session, Utah State Rep. Craig Hall is sponsoring a bill to address that concern. Among other changes, H.B. 262 would prohibit the prosecution of children under 12 years old — with the exception of those involved in violent or sexual assault-related crimes — allowing for more compassionate and effective methods of juvenile justice.

According to the Libertas Institute, “there were 64 youth admissions to locked detention in Utah” last year — and, like adult incarceration, black children are detained at alarmingly high rates relative to white children. Across the board, though, there’s evidence these youth are in need of mental health care and other support rather than state-level discipline.

Nine in 10 children in the juvenile justice system report experiencing trauma of some kind, and 70% struggle with mental health disorders — rates much higher than the general population, though depression and anxiety, unfortunately, remain common among Utah kids. The high likelihood is that a child involved in criminal activity has already suffered far beyond their fair share. It seems obvious — and the continuing horrors of Trump’s immigration policies demonstrate — that the stress associated with prosecution and detainment can only serve to traumatize them further.

H.B. 262 would prevent that additional damage to Utah’s most vulnerable children. For youth under 12 who are involved in non-violent crimes, courts would be prohibited from pursuing prosecution. Instead, they could require community service, therapy, payment of restitution to any victims, or compliance “with any other reasonable action that is in the interest of the minor, the community or the victim.”

Other “reasonable actions” might include specialized education or health services. We have at least one example in California where a similar bill was passed in 2018. Common practice there is to release the child into the care of their parent or guardian and pursue the “least restrictive” course of action when that’s not possible or appropriate.

The changes H.B. 262 would bring about are a logical step toward a more compassionate juvenile justice system — and, importantly, toward a safer state. Youth sentenced to community placements are significantly less likely to re-offend with a felony offense within a year of release than those detained in secure facilities, according to a 2015 study by the Justice Center.

It’s worth adding, though, that a transition from detaining children to offering them different types of support, including mental health care, makes it even more imperative that we have the infrastructure and resources necessary to provide it — but right now, we don’t. The Salt Lake Tribune reported this past August that Utah ranks “among the bottom 12 states for the percentage of mentally ill children receiving care,” even though more than 20% of Utah kids experience a mental health disorder.

That said, there’s no reason H.B. 262 shouldn’t pass the Utah House and Senate with bipartisan support. I hope it will be the first of many bills to help make Utah’s criminal justice system more compassionate and less discriminatory, and with a little common sense on the part of our legislators, new mental health laws — like the Mental Health Treatment Access Amendments up this session — will accompany them.