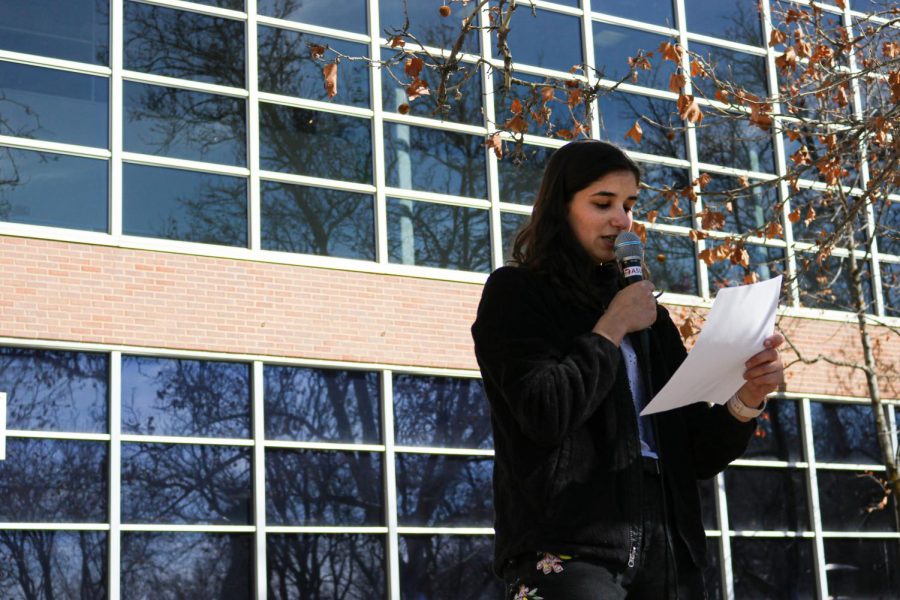 On Feb. 28, 2020, the Kum ticket won the race for the executive office of the Associated Students of the University of Utah. Unlike many previous ASUU campaign seasons, the race was contested, and they had to compete against the Hardenbrook and Nasser tickets.

Rebecca Hardenbrook, the presidential candidate on the Hardenbrook ticket, said when she heard the results initially, she was disappointed, as she felt they had the most policies and solutions out of all the candidates. She also said everyone on her ticket had experience pushing back against the administration in important settings.

Walker Nasser, the presidential candidate on the Nasser ticket, said, “To be honest, at first I was upset, just as I feel anyone else would be. However, I knew almost immediately after that the student body was in the right hands. The student body voted for a ticket that’s going to really change the campus.”

When assessing her own campaign, Hardenbrook said that she should have brought on more staff, such as a campaign manager, instead of trying to do all campaigning by herself. She said she personally sent out 4,000 emails to graduate students.

Nasser said he thought his campaign went well, but wished they had reached out to more student organizations to vote and communicated their platform more thoroughly and clearly.

He also said that he wished they had the opportunity to have more conversations with students before the elections. “While I do think we covered some major areas, more student feedback is always better,” he said.

“That’s not that long of a time,” she said. “I do think it would be awesome to start at that time and then maybe go into March, because that just gives us more time to do outreach.”

Additionally, Hardenbrook said they need to improve the awareness of voting. She believes many people did not know how or where to vote, and many did not even know elections were going on at all.

She said it would be more effective to send out a text with the link.

Hardenbrook said she plans to most likely join the Senate, as the College of Science Senate seat is still open, and will possibly run for office again. She is a second-year Ph.D. student and has several more years at the U.

Nasser said he is going to support the Kum ticket in whatever way he can, and he wants to work in student outreach during the school year.

“I want to do more work with ASUU and with student organization to make sure students are being heard,” he said.

The tickets have already met to talk about different policies and plans that could be incorporated. Hardenbrook said they had a productive three hour meeting where they shared ideas. The candidates also have a collaborative Google document shared between them.

They plan to meet again after spring break along with the Madson ticket, who was disqualified before the voting period began.