Utah Goes to Bernie, Yet the Democratic Nomination Remains Up in the Air 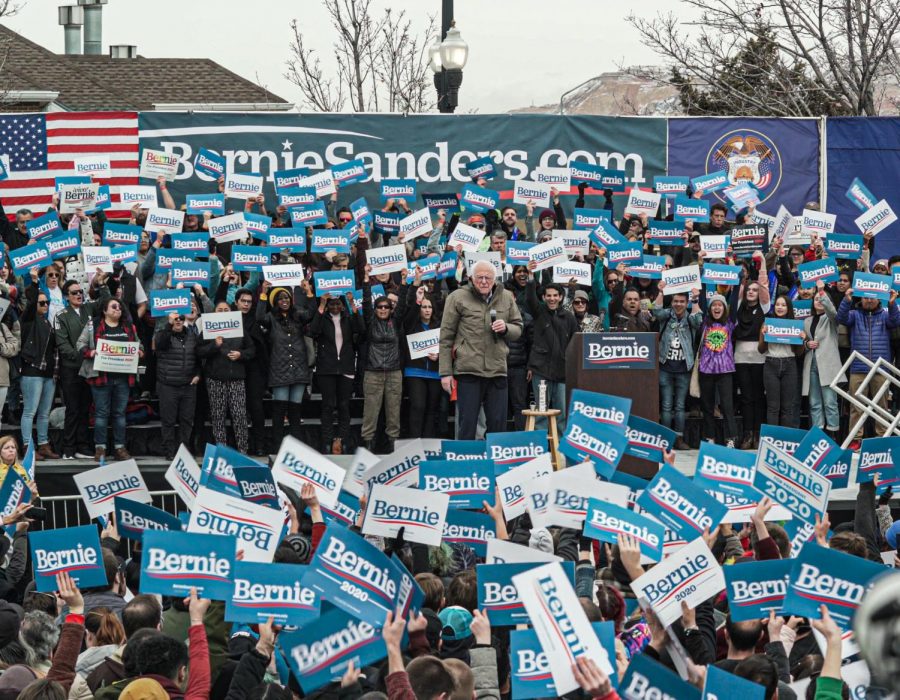 On Mar. 2, 2020, Vermont Sen. Bernie Sanders held a rally at Utah State Park a day prior to Super Tuesday.

Pete Buttigieg, who garnered several endorsements from Utah politicians, withdrew from the 2020 presidential race a few days prior to Super Tuesday. Mike Bloomberg dropped out 12 hours after the polls closed and Elizabeth Warren announced her withdrawal from the race shortly after.

According to the Washington Post, Sanders won the Utah primary on Super Tuesday by 34.8%, and Biden followed behind with 18.0%. In Salt Lake county Sanders took 39,791 votes.

Sanders has a history of winning Utah. In 2016, he won with a 79% to his then opponent, Hillary Clinton.

Levon Meguerditchian, a sophomore at the University of Utah studying international studies and business, came to the polls on Super Tuesday ready to vote for Sanders. He said he was voting for him because of Sanders’ stance on health care and climate change.

“Health care is a big thing just because me and my family have struggled for years paying for health care, especially my mom,” Meguerditchian said  “So I think it’s good to make sure people get taken care of, seeing how much that can affect people.”

U student Anna Pena, a junior studying international studies and anthropology, mentioned she wasn’t a fan of many of the Democratic candidates running yet found Sanders to be “the person who irritates [her] the least.”

While she waited in line to vote, she told the Chronicle about the lack of voter turnout university students usually have.

“I don’t think a lot of people in our generation are really voting that much. So if my vote can do anything, that’s worth being here,” Pena said.

Historically, according to NPR, college students are not typically known for high turnout. However, students are slowly showing up to vote. In the midterm elections, there was a rise from 19% in 2014 to 40% in 2018.

Currently, Biden seems to be in the lead for the Democratic nomination. Biden claimed Texas, Virginia, North Carolina and at least six other states.

On March 8, California Sen. Kamala Harris went on Twitter to announce her support for Biden as the next President of the United States.

Sanders won the states of California, Utah, Colorado and his home state Vermont. Sanders has also received endorsements from various organizations, one example of such is the Working Families Party, who had previously endorsed Warren.

Warren has yet to come out with her endorsement.

Sanders and Biden are the primary frontrunners for the Democratic nomination.

The Daily Utah Chronicle reached out to local Salt Lake City politicians such as Mayor Erin Mendenhall and Mayor Jenny Wilson on who they would endorse after Buttigieg left the race.

Mayor Mendenhall’s office did not respond to the request.

Patrick Costigan, a campaign worker for Mayor Wilson, wrote in an email, “Mayor Wilson plans to support whoever the Democratic nominee is post-convention — and she will work hard to make sure they’re elected.”