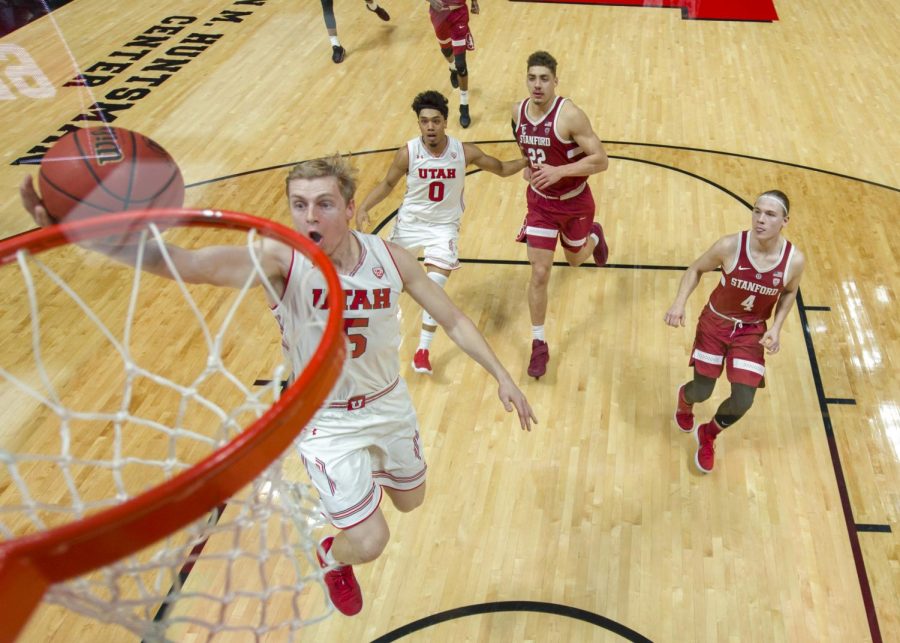 Of all the athletes in collegiate leagues, very few ever make the transition to continue their career in sports to the highest level. In basketball, the road to the NBA, for instance, leaves many skilled players without roster spots or without their name called in the NBA draft. This is the case for the majority of college sports in the transitional period that comes after graduation.

Because of these difficulties, many of these once-household names at major universities are now deciding whether or not to give up their dreams of playing professionally or playing abroad for other nationalities that allow them a chance to continue their passion and potentially get recognized one day. Are these leagues truly benefiting the athlete and their potential career or hurting them?

Everyone remembers Parker Van Dyke for the miracle buzzer beater to steal the Runnin’ Utes a win in UCLA last season. He recently made headlines by signing with a professional team based in Mexico named the Tijuana Zonkeys. The Zonkeys won the Cibacopa league two years in a row in 2014 and 2015, but have been trying to climb back into relevance since. There was little information given about salary or the length of the contract for Van Dyke, but he will be bringing his 3-point stroke south of the border to bolster their lineup. 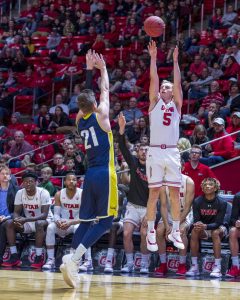 Next, Justin Bibbins was a tremendous point guard in his time for the Runnin’ Utes, making big shots and big plays to lead the Utes to the NIT championship game in 2018. He is currently playing professionally in Hungary on a team called Zalakeramia-ZTE-KK and is the backup point guard, averaging 14.6 points per game. Again, there is very little public information about the salaries for these players, but he is continuing his efforts to play professionally and get noticed for larger market opportunities. 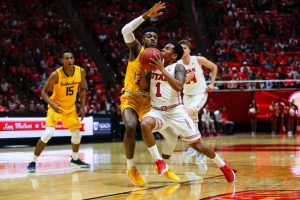 Another example is Salesi Uhatafe, an offensive lineman who played 52 career games for Utah and started 38 of them. He was a second-team All-Pac-12 member in his final season in 2017. Most recently, he was drafted by the Dallas Renegades out of the Xtreme Football League. 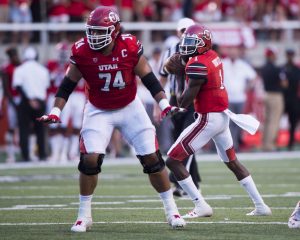 According to ESPN, “Players will be paid base salaries of $2,080 every two weeks, according to information distributed this month to agents and confirmed by a source. There will be a $1,685 bonus for being on the active roster for a game, and a $2,222 bonus for every team win. So a player who is active for all 10 games and is on a team that goes 5-5 in the XFL’s schedule would earn $55,000 for the year.”

Here is what this debate boils down to for me. These players all have gone through the processes of trying to be selected to play in either the NFL or the NBA and did not make the cut. Not everyone is Kyle Kuzma, selected in the first round of the NBA draft by the Los Angeles Lakers, or Alex Smith, selected No. 1 overall by the San Francisco 49ers. This shouldn’t mean that they have to stop playing the game that they love and try a different career path that could make them more money. As long as these players are happy and healthy trying to make the most of their abilities, there’s no reason they shouldn’t continue to do so.

There is always an inherent risk of injury in sports, regardless of the league or the skill level. It is a risk that every participant takes when stepping onto the field, court or track. The rush and adrenaline that comes with chasing one’s passion keeps individuals coming back to make the most of every opportunity they can get, regardless of the market size or monetary value associated with it.

These former Utes deserve our support as they transition. From providing joy and entertainment for our legion of fans to fanbases across the world, we’ve been lucky to see them give their all night after night.