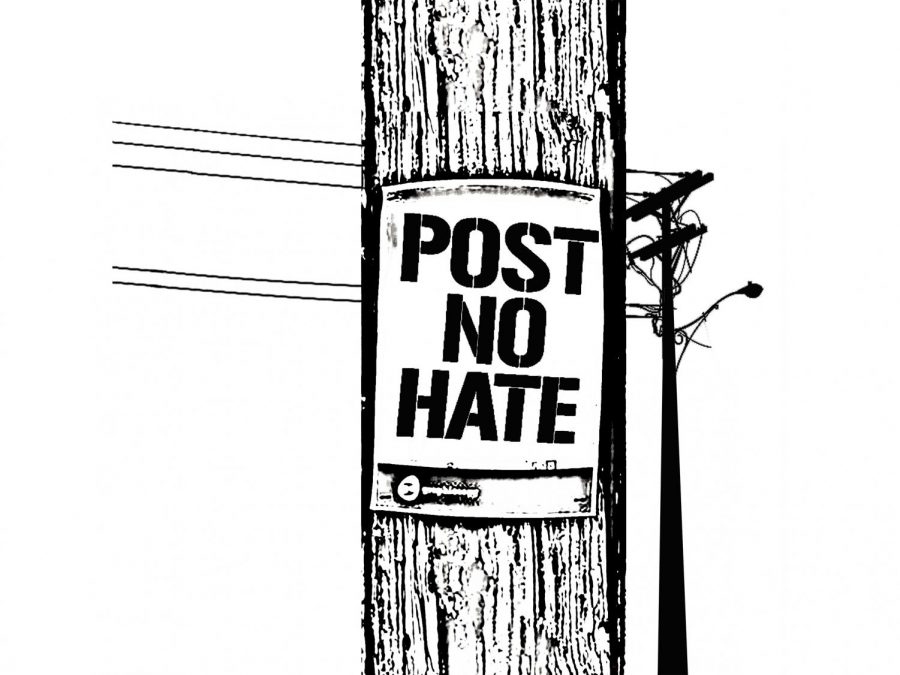 "To combat the spread and influence of propaganda, readers will have to remain skeptical and aware of the techniques propaganda utilizes." (Illustration by Alex Garcia | Daily Utah Chronicle)

This article was originally published in print on March 3, 2020.

Recently, several flyers promoting racism and anti-diversity were spotted on the University of Utah’s campus. Although they were quickly taken down and reported by students, the pamphlets have appeared multiple times since. The circulated pamphlets come from an obscure website that promotes propaganda on racial realism and segregation. In light of recent incidents — including the attack against a black missionary in Payson and the 2018 attempted killing of a Latino teenager in Salt Lake City — it is reasonable to become fearful when faced with propaganda that perpetuates the ideas that incite similar hate crimes. To combat the spread and influence of propaganda, readers will have to remain skeptical and aware of the techniques propaganda utilizes.

Cooler Heads Prevail
Effective propaganda and advertising capitalize on a reader’s visceral emotions. The more critical consumers become, the less effective the message. The “Hypodermic Effect”, a communications theory, suggests that the “audience falls ‘victim’ to powerful media that have the ability to manipulate our emotions and shape our understanding of the world.” Propaganda takes advantages of this hypodermic effect by promoting messages that catalyze negative feelings such as hate, fear, anger and pride.

But being aware of how propaganda elicits emotion can make us more impervious to their message. Many of the pamphlets shared by the organization that came to the U campus as an example used an aggressive and fear-mongering tone, especially in the rhetorical questions. Skimming these questions may give the appearance that they are reasonable, but a deeper analysis shows that it’s written to deliberately emote negativity. Consciously analyzing media separately from our emotions can reduce the impact of propaganda.


Propaganda Thinks For You
Aside from propaganda attempting to elicit emotion, effective propaganda also seeks to “think” for the consumer. By removing the burden of critical thinking, consumers will be more susceptible to the logical errors of the arguments espoused. Logical fallacies riddle propaganda and identifying them will help us to deflect their influence. A pamphlet on race realism shared by the organization in question is no exception. Most obviously this pamphlet uses “card stacking”, where overwhelming amounts of evidence are presented to defend a thesis and does not consider any counter-arguments. It may seem well-researched at first glance, but it is incredibly biased and short-sighted. The pamphlet also utilizes unreliable testimonies to paint an inaccurate image of the opposition. Instead of criticizing actual opponents, propaganda criticizes a caricature. With a cursory glance, propaganda seems to make compelling arguments, but ultimately, they are weak at best.

The Case Against Confirmation Bias
The danger of these pamphlets stems from their ability to exploit confirmation bias. By presenting information that strengthens convictions and arguments for an ideology, propaganda could radicalize a sympathizer into an extremist. In the case of the circulating campus flyers, those who are most receptive to this propaganda are those who are already sympathetic to its message, including those with alt-right or far-right beliefs. In reading arguments for segregation, racism and nationalism, sympathetic readers will feel more confident in defending and spreading their case. Reducing accessibility to such propaganda sources will reduce their chances of shifting towards extremism. Students and university administration have taken reasonable steps in this regard. Additionally, our reactions towards the circulating pamphlets will have sway in how effective they are. A quiet, yet skeptical reaction will strip propaganda of its power.

Propaganda can have a pernicious and incredibly damaging impact on the public. It can be frightening to encounter hateful and fear-promoting media, but we can combat its effects. As we practice skepticism and prudence when reading and reacting to propaganda material, we can rid the harmful power it possesses.