Emery: Westerns Prioritize the Anxieties of Men Over the Empowerment of Women 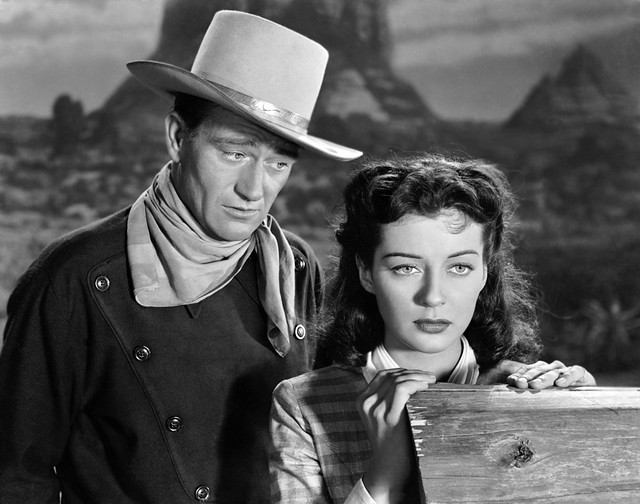 The very core of the Western genre is nostalgia for patriarchy. Classic Westerns romanticize a “simpler time” when brave White men on horses could settle arguments with a duel, protect wagon trains filled with helpless families and romance traditional women who were not concerned about their right to vote — or lack thereof. Westerns from the 1920s through 1960s are especially regressive in their depiction of women and portray the same resistance to progress that remains present in American politics today.

Westerns, like many films from that time period, reduced women to one of two different character types. There were the traditional housewives who were expected to cook and clean despite being mistreated by the cowboy hero, and then there were the women who were rebellious, unafraid to talk back to the cowboy — despite their narrative remaining dependent on him.

Violence against the second type of woman does not read the same way as violence against the first. Those characterized as housewives were deemed innocent, helpless victims who needed a man to protect them. The rebellious woman, on the other hand, was trouble. She was liable for the violence she experienced due to her very nature. She was not deserving of protection and simultaneously too weak to fight back. This distinction is critical, as language implying that a woman was “asking for it” persists today, especially regarding sexual violence against women. A victim of rape is judged based on the decisions that she made — what did she wear? Did she drink alcohol?

Westerns were popularized around the time women won the right to vote and maintained their popularity during social shifts where women entered the workforce en masse during World War II and pursued increased social equality during the ’60s. Westerns glorified women who were obedient to men and often portrayed women who drank alcohol or talked back to men with disgust. This provided men of the time a romantic picture of the era where they were in total control, comforting them as they felt their family structure — or rather their dominion over their wives — was under threat.

I have previously written about the Western as an opportunity for the urban professional man to escape into the mythical frontier. But many of the changes these men experienced were mirrored in the Westerns they consumed. A common plot is a cowboy coming to terms with the fact that his way of life is becoming obsolete. After all, railroads can move cattle from grazing lands to the cities for slaughter more efficiently than cowboys. Rather than operating as a highly specialized person in a supply chain, the cowboy became easily replaceable in the world of automation and the industrial revolution.

Modern Americans can relate to feelings of vulnerability in a global capitalist system. Deindustrialization and the loss of manufacturing jobs to factories overseas is not far off from the experience of their cowboy heroes. Both feel that their living —and more importantly, their way of life — was destroyed in the name of progress. The system in both was the same and the prescribed response has also been the same — more rugged masculine individualism.

Decades of deeply ingrained toxic masculinity and propaganda surrounding the individualism that this country was built on has left many feeling alienated. They are unwilling to ask for help, but we are not on the frontier anymore. We live in an incredibly interconnected society and we have the ability to look after one another. We need to realize and understand that some societal changes — particularly away from patriarchal control — are not bad.

Just as there should be a concerted effort to film more Westerns starring people of color, there should also be a greater emphasis on complex female leads. This will not happen until there is greater equality in Hollywood. Of the top 200 films from 2018-2019, women represented only 15.1% of directors and 17.4% of writers. There are stories that are not being heard because the movie industry is another frontier that retains artificial barriers that guarantee male dominance.

Just as the aging cowboy who rode his horse as fast as he could in an attempt outpace the speed of progress, the male old guard of Hollywood is trying its hardest to hold onto its legitimacy. Inevitably they will be overtaken, and when more female characters are let out of the boxes of housewife and troublemaker, Westerns will be better off.