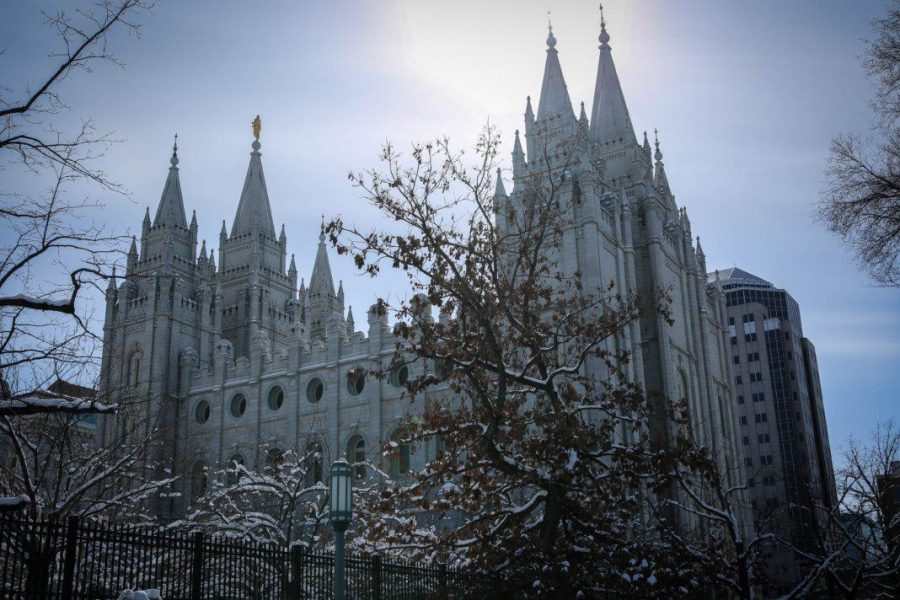 As everything but non-essential jobs close to hopefully halt the spread of COVID-19, a staple in the lives of many University of Utah students has also been closing — church.

Many different churches, such as the Presbyterian church, have held services via livestreaming, and Pope Francis encouraged members who cannot go to confessional to take their sorrows and sins directly to God in a livestreamed morning mass on March 20.

Drastically changing their normal practices, a Sephardic council of rabbis have made a ruling to allow livestreamed Seders for Passover this year, where electronics are typically prohibited.

Closing churches and other religious places is not just disrupting Sunday services, however. Alejandra Pivaral, a freshman studying marriage and family counseling and a member of the Church of Jesus Christ of Latter-day Saints, had to completely change her wedding plans.

Pivaral had planned to get married on May 2 to Jacob Tedders, a junior majoring in Latin American studies, in the Provo City Center temple.

“As everything started to slowly shut down, we realized we just didn’t know if the temple would be open by May 2, if our family from out of town would be able to travel or if it would be realistic to have a reception if we can’t gather together,” she said.

The couple had to then quickly prioritize and decide what was most important to them, Piraval said.

After calling every temple in the Salt Lake Valley, they were able to schedule for March 20, 2020. Pivaral’s mom was able to fly in from Guatemala, but Tedder’s family could not attend because his sister was getting married the same weekend.

The leaders of the church temporarily closed all temples five days later.

“We felt so lucky … Had we waited any longer, we wouldn’t have able to be sealed, and we don’t know how long it would’ve taken for us to get sealed,” Pivaral said. Sealings are an ordinance between a husband and wife that are only performed in temples. Members of the church believe that sealing bonds spouses after death.

Pivaral also has many friends who were planning to get married in the upcoming weeks and months who have had to either postpone, move forward or cancel their weddings.

“They’ve felt scared and uncertain about if their plans will work out, but the majority have a hopeful attitude,” she said.

Timothy Steinmann, an entrepreneurship major and leader in one of the U’s student congregations of the Church of Jesus Christ of Latter-Day Saints, said that he knows a couple who decided to get legally married first and then get sealed in the temple later.

“I was sad to hear the temples are closing, but it makes sense,” he said.

The majority of workers in church temples are older members, often over the age of 60, which is a high-risk population for COVID-19.

Steinmann said the hardest part of the church’s closure is trying to contact everyone in his ward to see how they are doing without physically visiting them.

“Of course that presents a great opportunity to reach out to people through technology,” he said, “From my experience, more members have reached out in love to me than before.”

Bryn Swain, a student studying theater teaching and another leader in the congregation, said the church was prepared for this change. Even before the coronavirus outbreak, the church had shifted instruction and set up a curriculum that outlines how people can study the gospel in depth at home.

“I also believe that God knows that this is happening, and he has a plan for us and that we’ll come out alright on the other side of this,” she said.

Most churches and sacred buildings are closed for an indefinite period of time.