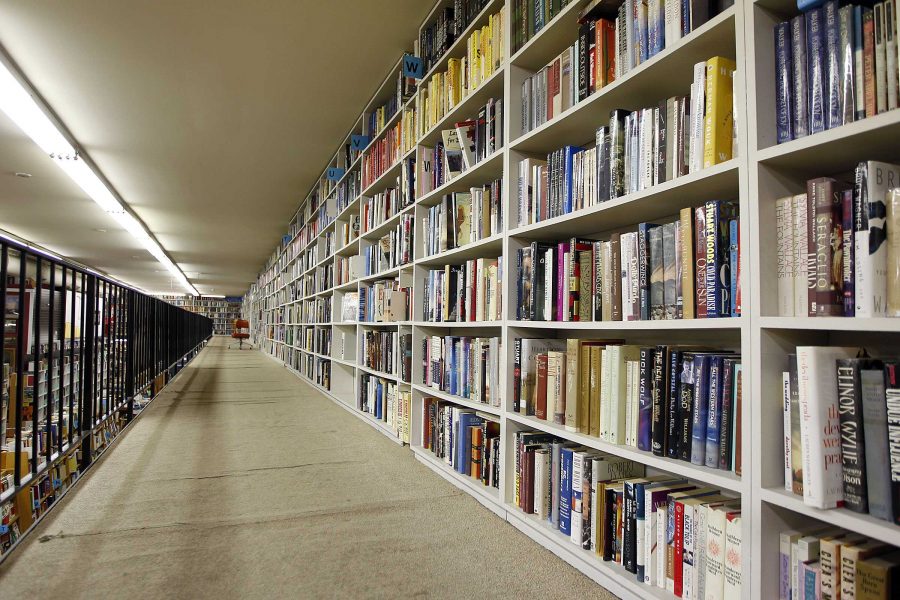 So: The closest thing to jeans you’ve worn in three weeks is blue sweatpants, and you’ve run out of quarantine snacks twice now. Maybe you’ve already binge-watched “Tiger King,” participated in more Zoom calls than you would have ever wanted or, if you’re like me, impulsively ordered an electric guitar. In any case, you’re hopefully sitting around the house with nothing but canceled plans and a whole lot of unexpected free time. I read the following books while not leaving my bed and ranked them out of 10 for your consideration.

These stories are all hinting at horror, though I wouldn’t say any of them fully embrace that label. All of them are purposely vague, which is partly what makes these stories so creepy, keeping us from fully understanding what’s going on. In “On the Steppe,” that’s what the coveted “him” is — the thing that the protagonists are working so hard to find. In “Underground,” it’s the answer to where the village’s children went. Schweblin refuses to give readers all the details of the worlds she creates. Be prepared for some eerie, twisted stories.

My favorite stories were “Toward Happy Civilization,” “Underground” and the title story “Mouthful of Birds” (which is by far the most chilling piece in the collection).

“Chemistry”
Weike Wang
“Chemistry” is Weike Wang’s debut novel, which won the 2018 PEN/Hemingway Award. It follows an unnamed protagonist as she struggles with big decisions in her life: what to do with a marriage proposal from her perfect boyfriend and her failing Ph.D. chemistry project that she desperately needs to finish to appease her parents.

This is really well-written, and there are some admirable passages — but I hated it. The protagonist speaks in a bored, passive manner, which makes this a really flat, depressing read. Because there is such a focus on the protagonist’s thoughts, which we still don’t get a lot of, there isn’t much of a plot and the story is stagnant. All of this combined makes the novel lifeless. What really made this unpleasant for me is this victim-blaming narrative it started to push near the end, the kind that says “you can and should ignore all the bad things that people have done to you” and “maybe it wasn’t that bad, maybe you’re just looking at it wrong.” The protagonist is infuriatingly passive and indecisive. In all, I found myself confused by the warm reception it got.

“Especially Heinous: 272 Views of Law & Order SVU”
Carmen Maria Machado
Originally published in 2013 and republished in her 2017 short story collection “Her Body and Other Parties,” Carmen Maria Machado’s “Especially Heinous” gives a short account of every episode of the first 12 seasons of “Law & Order: Special Victims Unit.” This isn’t a normal plot synopsis like you’d find on Wikipedia, though — Machado isn’t interested in telling you what actually happens in the show. Each section is an abstract retelling that fills in the details of Benson’s and Stabler’s lives.

I hesitate to call some writing pieces perfect, but that’s exactly how I would describe this novella. It is perfect. The piece gives a paragraph for each episode of the show. Some of them, like the paragraph under “Sophomore Jinx,” are short: “The second time the basketball team covered up a murder, the coach decided that he’d finally had enough.” There is no more explanation given, nor is the information ever re-explored. Machado hyper-focuses on sentences, moments, for every episode of the show and then adds her own ideas in. Even when I have no idea what’s happening, I am satisfied. Machado manages to maintain a strong sense of continuity despite the disconnected formatting. It is unflinching. If you’re into super traditional stories, this is not for you, but selfishly, it’s for everyone. I am going to be thinking about this piece for a long time.