DACA and the DREAM: What U Should Know 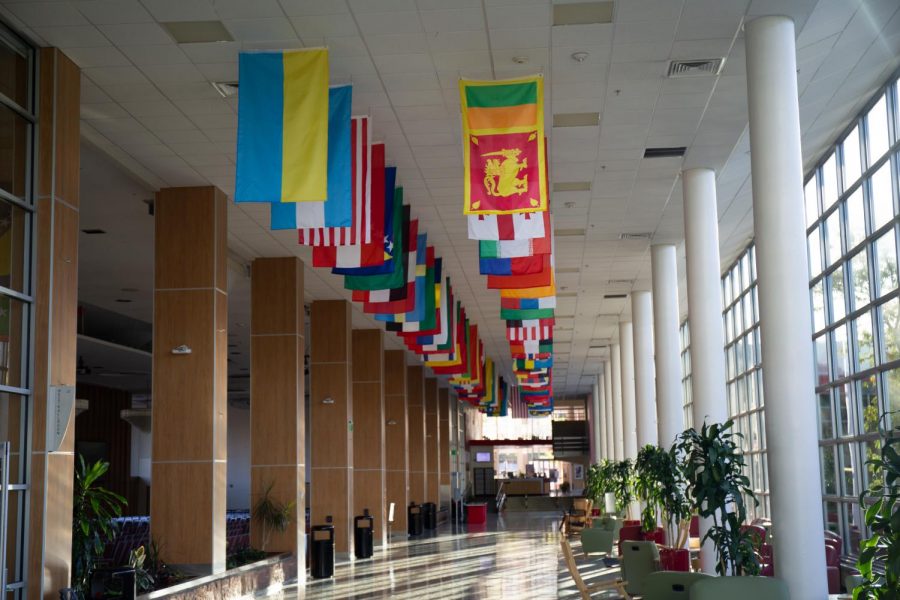 There are often misconceptions that can come from political speeches describing who DACA recipients are.  (Photo by Tom Denton | Daily Utah Chronicle)

In September 2017, the Trump administration announced it would be terminating the Deferred Action for Childhood Arrivals, better known as DACA. Since then there have been several lawsuits filed against the motion.

According to the New York Times, in 2019 the Supreme Court was determining if the dismissal of DACA by the Trump administration was lawful or not.

When discussing immigration, there are often misconceptions that can come from political speeches describing who DACA recipients are.

The Difference between DACA and the DREAM Act
The Development, Relief and Education for Alien Minors Act, or DREAM Act, is congressional legislation that would allow unauthorized, young immigrants to eventually obtain residency. The act was originally introduced in 2001 and has been struck down several times. The DREAM Act was reintroduced in 2017, which would grant a pathway to citizenship for many immigrants. The DREAM Act has yet to be passed, nearly 20 years after its initial proposal.

The Deferred Action for Childhood Arrivals, or DACA, was a program introduced in June 2012 by the Obama administration after many failed attempts to pass the DREAM Act.

DACA, according to the U.S and Immigration Services, allows “certain people who came to the United States as children and meet several guidelines may request consideration of deferred action for a period of two years, subject to renewal.”

Under DACA there is no further pathway to citizenship for people who apply or meet the guidelines. DACA recipients are eligible for work authorization and also health care through their employers. One of the biggest eligibility criteria for DACA recipients is one has to be under the age of 31 as of June 15, 2012.

‘Undocumented’ is Not an Identity
Because of the never-passed proposals in congress, individuals who are impacted by DACA and the DREAM Act are often referred to as “Dreamers.”

Alonso R. Reyna Rivarola, a DACA recipient and former director of the Dream Center at the University of Utah, spoke about how the ‘dreamer’ identity is no longer applicable to many people who once identified as such.

“A lot of people who are classified by others as dreamers, no longer identify with that term because it doesn’t do justice to who they are today,” Rivarola said.

He gave an example of individuals who may have qualified for the Dream Act in 2001, who at the time were under the age of 31, but are now a much older generation. The majority of individuals who were considered “undocumented youth or dreamers” are now over 30 years old.

“I wouldn’t call being undocumented an identity,” Rivarola said, “In fact, Yosimar Reyes, who is a poet in California said it best in my opinion. He says, ‘Undocumented has never been my identity. It’s a social condition that keeps me away from my dreams.’ And I think that is very accurate to the experience.”

Understanding Who a DACA Recipient Is
A DACA recipient and third-year student at the U, double majoring in sociology and political science with a minor in ethnic studies, asked to remain anonymous and spoke about her experience growing up in the program. This source is not representative of every DACA recipient.

“To me, being a DACA recipient means being in a constant state of limbo, of uncertainty, and also privilege,” she said in an email, “It may not seem like it, but having DACA does come with a certain level of privilege that we often do not recognize.”

She is referring to the rights DACA recipients receive when they are registered in the program, such as the ability to travel, work and buy a house. Things she said, “seem arbitrary to some, but mean everything for those who are undocumented.”

The Trump administration has taken a hard stance on immigration and has a history, according to Politico, of sharing misinformation on the issue.

In Nov. 2019 Trump tweeted, “Many of the people in DACA, no longer very young, are far from “angels.” Some are very tough, hardened criminals. President Obama said he had no legal right to sign order, but would anyway. If Supreme Court remedies with overturn, a deal will be made with Dems for them to stay!”

For individuals who are registered in the DACA program, they must adhere to strict guidelines.

According to the U.S and Immigration Services, “recipients must not be convicted of a felony, a significant misdemeanor, or three or more misdemeanors, and do not otherwise pose a threat to national security or public safety.”

According to the Institute on Taxation and Economic policy 2018 report, the 1.3 million young undocumented immigrants enrolled or immediately eligible for DACA contribute an estimated $1.7 billion a year to the US economy.

“Politicians like to assort us into one massive group and enforce this Dreamer narrative onto the public in order to garner support,” she said, “It’s strategic, sure, but it is also damaging because it overgeneralizes and creates false notions and expectations of what we should do and how we should act in order to eventually receive permanent legal protections.”

She mentioned the outcomes of the DACA narrative for the rest of the undocumented community who did not meet the requirements for the program.

“[It] creates an ‘us’ and ‘them’ mentality that further divides us and turns the political conversation of immigration policy to be only for ‘Dreamers,’” she said.

What Happens Now
According to Politico, the Supreme Court is deliberating on a decision that is likely to come this spring or June 2020.

As of right now, due to a federal court order, United States Citizenship and Immigration Services has resumed renewal grant requests for DACA recipients. This does not include individuals who have not submitted a request before.

This DACA recipient spoke about how her life has been in limbo for the last two years waiting to hear from the Supreme Court. She traveled in Nov. to Washington D.C. for the DACA rally.

“The amount of support and community that I felt was unbelievable,” she said, “This gives me the reassurance that regardless of what the Supreme Court ends up ruling, I know that my community is strong and ready to fight any obstacles that come our way.”