Emery: Be Cautious When Drawing Conclusions From True Crime 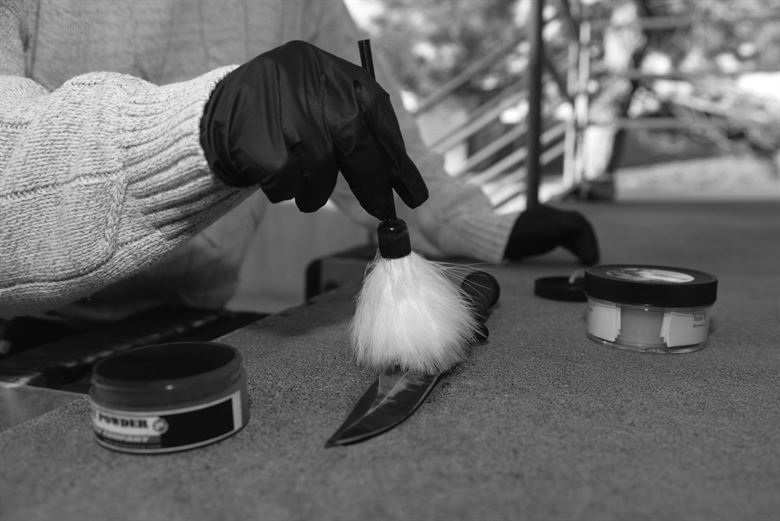 "As consumers of true-crime media, we have a responsibility to think critically about the information that we are presented with rather than taking it at face value." (Courtesy Ellsworth Air Force Base)

Over the past two decades, true crime has become one of the most popular genres across several mediums. As of December 2018, the “Serial” podcast had over 400 million downloads and was the fastest podcast to reach five million downloads in Apple history. Television networks like Investigation Discovery and series like the NBC hit “Dateline” have been popular since the 1990s. Now Netflix has also helped to redefine the genre with massively popular shows like “Making a Murderer”, “Evil Genius”, “Don’t F*** With Cats”, “Abducted in Plain Sight”, multiple tellings of the crimes of Ted Bundy and, most recently, “Tiger King”.

While there is nothing inherently wrong with an interest in true crime, we also have to ask difficult questions. When does an innocent interest become unhealthy and obsessive? Do creators have a negative influence on our presumption of innocent until proven guilty?

Many people use true crime as a way to understand and cope with fears of violent crime. Despite crime rates falling sharply in the 1990s, politicians capitalized on voters’ fears by taking a “tough on crime” stance. In 1993, the presumptive Democratic presidential nominee Joe Biden said that there are “predators on our streets … We have no choice but to take them out of society.” By stoking fears held by the general public, politicians were able to win reelection, and out of this fear of rising crime and super predators came a desire to understand the violence. The public needed an explanation for how a person could do something as evil as taking another person’s life, and true crime gave them what they wanted.

True crime typically focuses on the perpetrators of especially violent crimes, like sexual violence, murder and bodily mutilation. While there is validity to learning red flags that may lead a person to so heinously break the social contract, there is often an undercurrent of apologia in some true-crime content. Netflix’s 2019 film “Extremely Wicked, Shockingly Evil, and Vile” came under heavy criticism for its portrayal of Ted Bundy. Critics argued that director Joe Berlinger allowed Bundy’s highly curated public persona to be the dominant theme of the movie, never digging past the surface level or doing justice to his victims.

There is an amount of danger around the creative license that leaves nuanced and painful stories to feed into the biases of individual creators. Directors have the power to decide what is included and what is not, and may be tempted to do so based on what tells the best story. The creators of “Making a Murderer” have been criticized by many, including District Attorney Ken Kratz, for omitting important pieces of information from their series. The average viewer can only make assumptions based on the information they are presented. Ignoring inconvenient information in order to keep the story tight directly influences how the viewer feels about the accused. Storytellers can easily allow their personal feelings to enter their work, blurring the line between being a journalist and an active participant in the story.

Consumers of true-crime content essentially act as the jury in the court of public opinion, but they are presented with handpicked pieces of evidence with no opportunity for cross-examination. The jury cannot make an accurate and informed decision based on one-sided and misleading information, and the implications of this can be profound. A petition with over 500,000 signatories asked the president to pardon Steven Avery following the release of “Making a Murderer.” A one-sided documentary can also have the opposite effect, where people are convinced that the accused is guilty and deserving of life in prison — or even capital punishment — without knowing all facts of the case. After the release of “Tiger King,” a 20-year-old missing persons case is now receiving six tips a day, (none of which have been credible) with another petition circulating titled “Let’s Get Carole Baskin Convicted.”

There is validity in the critique that true crime is inherently exploitative in nature, with creators profiting off of violent crimes perpetrated against another person. When I hear this criticism, I often think of the murder of JonBenét Ramsey whose (still unsolved) death is the subject of many conspiracy theories and just as many works of true crime. It seems that every year there is some “new revelation” that brings her murder back into the spotlight. These new revelations have never led to an indictment, much less a conviction, but they do help tabloids sell copies of their magazines.

Defenders of true crime argue that the stories can be used to ensure there are fewer victims in the future. In their eyes, true crime prevents a person’s death from becoming some meaningless statistic, forgotten by all except the victim’s family. They argue that listeners can hear the stories of victims of senseless acts of violence and learn how to better protect themselves. From this point of view, the victim’s death is not being exploited, but is given new meaning.

True crime is likely to remain one of the most popular genres of entertainment for some time. As consumers of true-crime media, we have a responsibility to think critically about the information that we are presented with rather than taking it at face value. We have to take into account who is presenting the information to us, what interest they may have in presenting the narrative a certain way and if there are important pieces of information that have been omitted. Doing so will help us take these stories seriously and avoid consuming content that exploits pain for profit.