UFC Tried to Save The Sports World With ‘UFC 249’ 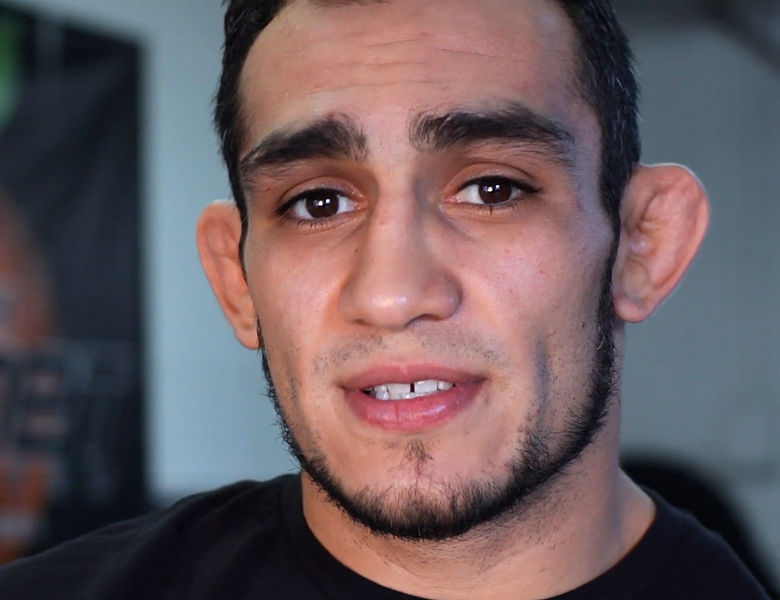 Tony “El Cucuy” Ferguson was scheduled to compete against Khabib Nurmagomedov in a highly-anticipated UFC fight. Now, the fight has been postponed because of the COVID-19 pandemic. (Courtesy Wikimedia Commons)

In a world that had seen the cancellation or postponement of almost every major sporting event due to the worldwide spread of COVID-19, the Ultimate Fighting Championship (UFC) tried to keep sports relevant. President Dana White was desperately trying to put on a marquee event lined up for Saturday, April 18, labeled UFC 249, on pay-per-view and ESPN+. The main event on the card of fights was a title fight matchup between the reigning, undisputed lightweight champion of the world Khabib Nurmagomedov and his challenger Tony “El Cucuy” Ferguson, the No. 1-ranked lightweight contender in the world.

Both fighters had their training camps situated in California and were on track for their bout when the world began to rapidly shut down. Soon, rumors started circulating. Nurmagomedov said that White told him the fight would be moved to the United Arab Emirates instead of New York City, where it was originally scheduled to take place. Nurmagomedov proceeded to leave the U.S. and flew there to finish his training camp. Then, he received word that the fight would be cancelled because the United Arab Emirates was also closing its borders, so he left for his home in Moscow. After arriving there, he announced that he was withdrawing from the fight to stay home, spend time with his family and ensure their safety from the coronavirus.

Throughout this entire series of events, Ferguson stood unflinching, saying he was ready for the fight wherever they could hold it on safely. Once Nurmagomedov withdrew, the UFC scrambled to find a replacement, and they did in No. 2-ranked lightweight contender Justin Gaethje. He would fight Ferguson for the title of interim lightweight champion of the world, which is awarded when the champion is not able to defend his belt. The winner of this fight would be squarely set to fight Nurmagomedov, whenever he was ready, for the outright champion of the world. As of that moment, the card was saved and UFC had a full lineup of fights to put on, pending the discovery of a location.

To find this location, UFC considered some unprecedented ideas. White confirmed to sources at TMZ that he had acquired a private island. No one is quite sure where this island is located, or where he could privately fly both American-based fighters and other fighters scattered around the world to compete in regularly scheduled events (without fans in attendance.) He was adamant that infrastructure was underway on the island, and that the facilities would be up to the standard necessary for the fighters to both compete and finish their training camps. The UFC fan base coined the phrase “fight island” for this out-of-the-box idea, and many wondered if White successfully found a way to keep this sporting event, with millions of fans worldwide, alive.

On April 9, White released another update. He said that UFC was 100% ready to go with the card and the event — however, he was asked  by Disney and ESPN to postpone the event due to the coronavirus pandemic. ESPN and the UFC have been very successful business partners in the past, and White respected their wishes by postponing the event for good. He still says that “fight island” is very much real, and pledge sthat the UFC to be the first sporting event back after the pandemic calms down.

There are many ways to view this situation, and I can see the merit in both sides. The monetary value of a UFC championship fight is a coveted prize for every athlete that competes in the octagon — the most popular fights receive more than a million buys on pay-per-view. These fighters are trying to make money and provide for their families. Big fights bring huge paychecks for both the main card fighters and the fighters on the undercard, who make considerably less and are trying to jumpstart their careers. For athletes that only make money when they step foot inside the cage and fight, it makes sense that they would want the event to continue.

On the other side is the unique situation the world is facing. This is unprecedented territory, and trying to put on an event of this magnitude seems like a stretch while there are people dying from this virus every day. There are health care workers putting their lives on the line to treat these individuals, and in the fight industry, it is common for both contestants to require medical attention after the bout. Sending them to see health care professionals who could be out saving others’ lives seems like a self-centered approach when, in the meantime, the UFC has the means to take care of their fighters financially.

At the end of the day, cooler heads prevailed and the right decision has been reached. There will be no scheduled UFC events for the foreseeable future, and the industry joins the rest of the sports world in the waiting game. Fans, athletes and other essential personnel must hold back until these events are once again safe and productive.