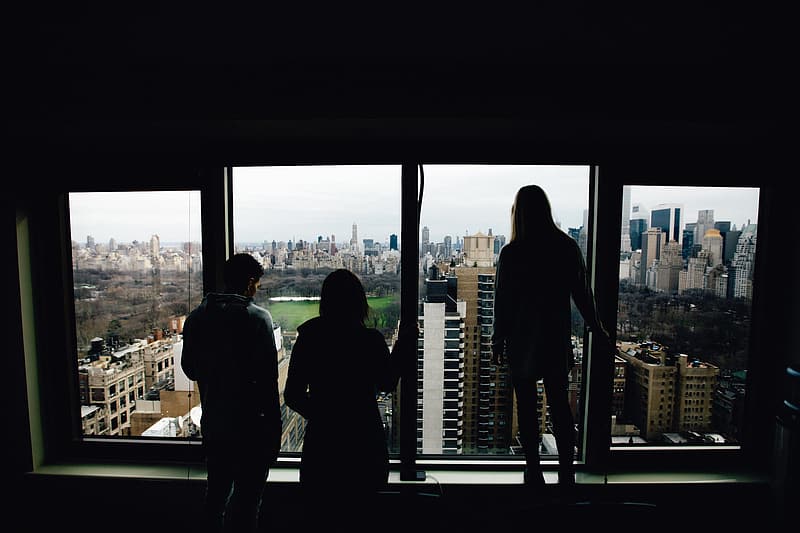 On April 28, the Attorney General’s office announced the suspension of its contract with Park City surveillance company, Banjo, after finding its CEO Damien Patton had connections with white supremacy group in his youth.

The University of Utah, who has an addendum to the state’s master contract with the company, has also suspended any activities with Banjo after finding out about Patton’s past.

“The university condemns racism in any form, including the actions and rhetoric of white supremacy groups, and is committed to creating an inclusive environment where there is no tolerance for racism or bias,” the statement released by the university read.

According to OneZero, court documents revealed Patton was involved with the Dixie Knights of the Ku Klux Klan and was involved in a drive-by shooting of a synagogue in a Nashville suburb when he was 17.

Banjo operates a single service — Live Time. Live Time is advertised as a service that helps first responders identify emergencies and “save lives.”

In July, according to an investigative report by Vice, Banjo signed a five-year, $20.7 million contract with Utah. This contract gave Banjo access to the data the state collects, including campus security at the U.

U Chief Safety Officer, Marlon Lynch, said he was disturbed to find out about these reports and supports the decision to suspend the university’s addendum to the state’s master contract with the company.

“I am fully committed to creating and supporting a safe and inclusive campus environment,” Lynch said in an email to The Daily Utah Chronicle.

Privacy has been a major concern for U students given Patton’s ties to white supremacy groups. In the last couple of years, the U has received major criticism for its ineffectiveness in responding to safety issues on campus and hate crimes.

Adrienne Krueger, a junior studying art history and international studies, said she is concerned about the privacy implications this may have for students of color.

“I’m concerned about any surveillance, but especially surveillance programmed by someone with these ties mean[ing] that these prejudices might be being programmed into the system. I am especially concerned for my peers of color and what a company like this might be doing with their personal information,” Krueger said in an email.

She said she expected a large institution such as the U to have researched the company prior to the drawing up a contract.

Banjo released a statement on April 29 announcing its suspension of all Utah contracts. The company said they would do this “by not ingesting any government data or providing any services to government entities until an independent third-party audit has been contracted and completed.”

A Salt Lake City resident, who would like to keep her name anonymous for personal safety reasons, said she interviewed with the company for the position of social media manager a few months back and is grateful she did not take the job.

She said the employee conducting her interview did some deep research on her and brought up information she intentionally left off her resume. “It was extremely manipulative how he would bring this information up and a bit unsettling,” she said.

She said she does not believe all the actions of the CEO are a reflection of the company as a whole. However, she said it seems as if Patton’s connections to white supremacy was well-known information and said it’s disappointing that people can view it as an oversight.

“Not to throw the buzzword of toxic masculinity around but I was so uncomfortable,” she said. “I immediately told my dad I would never want to work there because of the extremely inflated egos.”

Nicholas Wilkons, a sophomore majoring in mechanical engineering, said he was shocked, disgusted and angry when he heard the news. He said he couldn’t believe his university — one who promotes acceptance and tolerance — would have business dealings with a person who has a background of hate crimes.

“It makes me feel angry, of course,” Wilkons said. “It’s another huge blow to my trust in my school to protect me and my classmates, as if the way they handled the Lauren McCluskey case wasn’t damaging enough.”

An anonymous student activist said they were outraged to learn of the connections of the founder to white supremacy and hate crimes. They said Patton could still possibly be connected to fascist networks and with the countless other alt-right terrorist attacks in the last few years and that it would not be an unreasonable fear.

“As a U student, I would not at all feel comfortable being on campus,” they said. “Already I worry for my safety as someone who speaks out against their hatred and I know what these underground networks are capable of.”

They said this should make people suspicious of private firms working with the government to continue constructing surveillance states, as private companies can hire whoever they want. They also said we are living in a time when far-right groups are gaining tremendous momentum.

“We need to make sure that people with these eliminationist ideologies do not have access to power, especially the power of surveillance. The potential for abuse is astronomical,” they said.

The contract was signed a month after Lauren McCluskey’s parents decided to sue the U for the mishandling of the case. McCluskey was a U student murdered on campus the previous October. The anonymous activist believed the contract with Banjo was a reaction and attempt to save the university’s reputation.

“I understand the U is worried about student’s safety and their reputation… but bringing our school into a dystopian surveillance network is absolutely the wrong response,” the anonymous source said.

Jaclyn Foster, a history major at the U, said she feels surveillance technology is inherently unsafe and prone to abuse.

“The fact that they missed such a glaring red flag, i.e. the white supremacist connection suggests they are also not screening for other points of concern… which can negatively impact the safety and civil rights of the students and the community,” Foster said.