The Daily Utah Chronicle • May 9, 2020 • https://dailyutahchronicle.com/2020/05/09/family-of-missing-person-etzli-cortes-trujillo-calls-for-action-from-slc-police-department/ 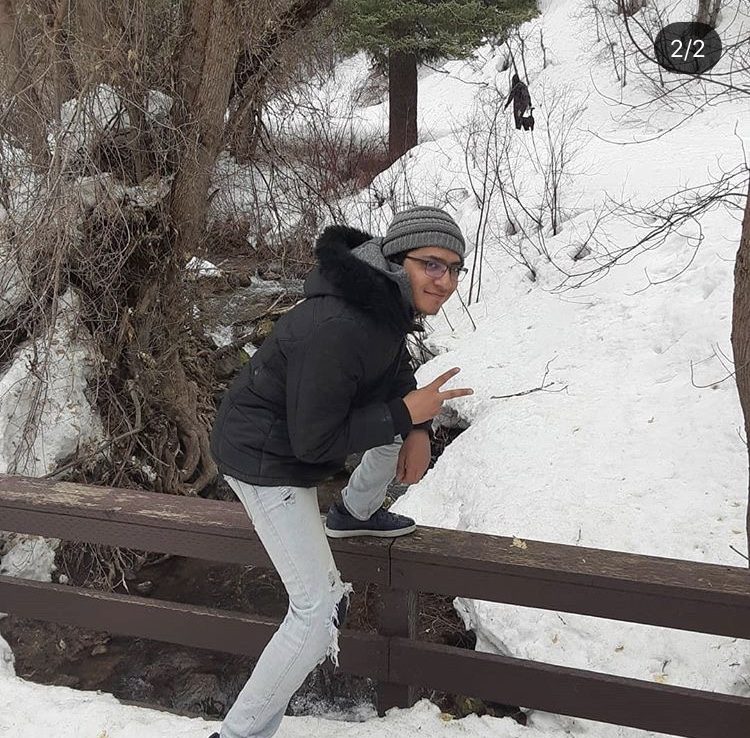 On Wednesday, April 23, Etzli Cortez-Trujillo was last seen by their silver Volkswagen which had been in an accident in North Ogden Divide, Utah. Cortez-Trujilo, 22, who goes by “Ez” and identifies as gender fluid and uses they/she pronouns, has been reported as a missing person since then.

They were last seen wearing a white shirt and black pajama pants. Cortez-Trujillo is Hispanic, about 5 feet 11 inches tall and is 150 to 170 pounds with a medium build, brown eyes and hair that was recently buzz cut.

Although the police were contacted on the day of the accident by Cortez-Trujillo’s roommate, no significant action was taken until the week of May 4.

Cortez-Trujillo’s sister, Stephany Cortez, said it was unusual for her sibling to take long drives and to abandon their car, which led Cortez to believe something was wrong. The Weber Police Department initially filed the car crash report, then handed the case to the Salt Lake City Police department.

“It’s really weird to us because [their] car was very important to [them], so it just wouldn’t make sense that they would leave it abandoned like that,” Cortez said.

After their roommates were informed of the crash and the required 48 hours had passed for Cortez-Trujillo to be officially considered a missing person, they filed a report and were told no detective could be assigned to the case until the weekend was over.

According to an ABC news report, the first 72 hours are critical to finding a missing person. These hours are important because there are better chances at following up on leads and evidence. After 72 hours, things tend to slow down and it’s difficult to circulate awareness about the case.

On the following Monday and Tuesday, Cortez repeatedly called the SLCPD, and when she called Weber PD on Tuesday, she said they were unaware the SLCPD had opened up a missing person case. It was not until Wednesday, April 29 that police officer Jessica Kilgore was assigned to the case.

At the time, Cortez said it was a very frustrating situation because the SLCPD was not communicating with her family and she had been sent to voicemail several times.

On April 27, Cortez and her family went to search by themselves and they even stopped by SLCPD early in the week to try and get more information, but were met with unhelpful SLCPD workers.

“They were very rude and very sarcastic and like they didn’t care and I was just a mad person, you know, bothering them,” she said.

During the visit, Cortez said she had to be very aggressive to get them to answer any questions or acknowledge her concerns.

“Take your job seriously and do it, or give me the answers so I can do it because this is getting frustrating,” she said about her feelings regarding the interaction.

Cortez said she felt the case was not being taken seriously because Cortez-Trujillo is Hispanic and part of the LGBTQ+ community.

“I think if [they were] white, they would be on it faster,” she said.

Cortez was informed on April 30, the missing person case was sent to Weber County, where Detective Walker took over the case. A ping was then successfully made to Trujillo’s phone in Kirkland, NM, but no further steps were taken by the department.

“I have begun sending emails to shelters, hospitals, police stations with my [sibling’s] missing person’s flyer and I am hoping someone has seen something or seen [them],” Cortez said.

There was then more miscommunication, as Weber County was not going to continue the investigation into Cortez-Trujillo’s case because Cortez-Trujillo never gave the GrubHub driver their name. Cortez said Walker showed the driver a picture of her sibling and the driver confirmed it was them.

The case was returned back to the SLCPD and Kilgore, who began her investigation as of the week of May 3.

“I mean it’s frustrating because [they are] just a very good person. In general, [they are] very trusting of people. And [they are] loved by so many people because [they’re] a part of so many communities,” Cortez said. “And it’s upsetting because you know you would assume that the police department would give a damn and care.”

Kilgore told Cortez she believed the family deserved more than what they were given and the SLCPD is currently working on obtaining a warrant to go through the phone records, as it is believed Cortez-Trujillo might have made a call before the accident.

Cortez and her family have done interviews with Univision News Station and worked with the Mexican Consulate, as her and her sibling have dual citizenship and hosted several search parties. She said she does believe either police department would not have taken action without pressure from the Hispanic TV stations, social media and fliers she posted everywhere or The Daily Utah Chronicle.

Even now, both Detective Michael Ruff Frank and Detective Greg Wilkins of the SLCPD said they don’t have much room to take action. As Cortez-Trujillo is an adult, Frank said they have the right to go missing and it is difficult to move forward with investigating phone and credit card records until any indication is given they did not leave on their own accord.

“You’ve got to be able to give a lot of evidence because judges don’t want to invade people’s privacy because that’s something that the Constitution protects,” Frank said in a phone interview.

“So, it is a missing person but it’s in terms of actively investigating [the case. We are doing so] with limited amount of work within the scope of the parameters, given that we can do by law,” Wilkins said during a phone interview.

Both detectives referenced the Mackenzie Lueck case, a white sorority sister at the University of Utah, when talking about their limitations in these cases and why they felt like they could move forward with that particular case. After going missing, Lueck was murdered and her body was found in the Logan Canyon.

When referencing the Lueck case, Wilkins said it was out of character for Lueck to be missing and not to be responding on social media, and said it was why they took action and looked further into the case.

However, in a Q Salt Lake Magazine interview with Cortez-Trujilllo’s roommate, Jem Locquiao said while it was normal for Cortez-Trujillo to take drives to clear their head, it was very unusual they would not return.

Cortez additionally stated Cortez-Trujillo struggled with mental health issues and she is not sure if there was some event or the crash itself which could have possibly triggered something for her sibling.

Any information or leads for the case can be reported to the SLC Police at 801-799-3000, reference case number SL20-71931, or the Find Etzli Cortez-Trujillo Facebook page. Search parties are still being held.