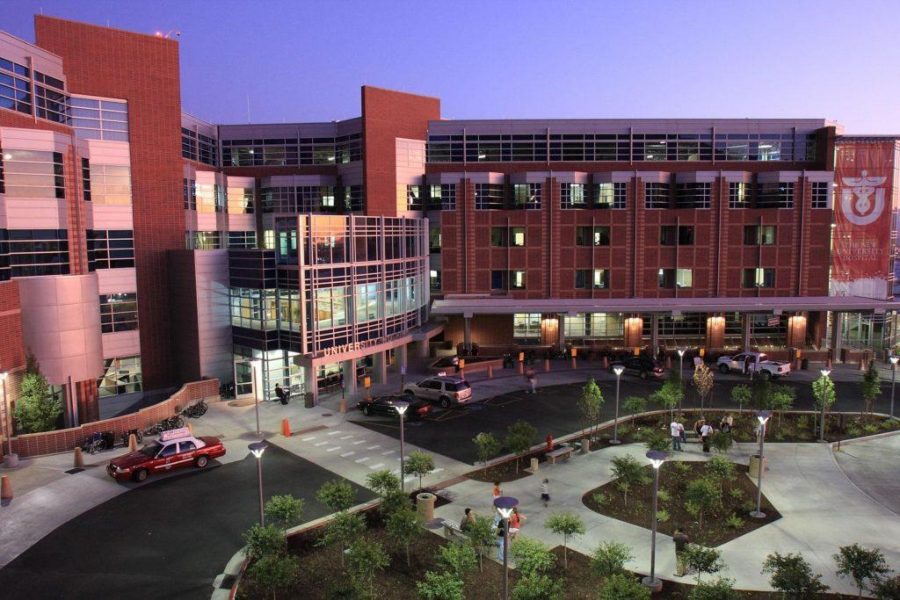 On March 23, 1775, Patrick Henry addressed fellow delegates at the second Virginia convention exclaiming “Give me liberty or give me death.” Citizens throughout the United States would write the same words on poster-boards 245 years later as protests sparked all over the nation regarding stay at home orders amidst the COVID-19 pandemic.

Midway through April, protests began all over the nation. Utah was no exception. Protests and counter-protest stemmed out of the shelter-in-place orders given cross country with protesters arguing their rights have been taken away by being forced inside.

“Of course the protests scare me. If people keep crowding together like this, the healthcare system is just going to get overwhelmed. We can’t control that and we don’t have the capacity to handle it either,” Charlotte May, a healthcare assistant at the University of Utah said. “Ultimately I’m mixed. I believe that people have the right to protest, and I understand they’re angry. However, it just feels like a big F you to healthcare workers. We’re taking on a lot and risking our lives every day people just don’t seem to care, it’s a very entitled thing to do in my opinion.”

May begins her shift by donning her personal protective equipment, and says that they are not receiving adequate equipment.

“We usually only get one, maybe two masks for a twelve-hour shift, if we’re lucky,” explained May.  “We went from having six plus HCA’s on the floor to having three on a good day. I used to be in patients’ rooms all of the time, but now if I know a nurse is going into a room I’ll ask them to do that thing instead. Just to save PPE,” May said.

For both May and Russel-Miller, the struggle to maintain regular working hours and patient relationships is an ever-pressing issue during the pandemic.

“Prior to COVID I was in clinic 3 days a week, often working through lunch and sometimes getting called out for a delivery … I was either in the hospital or in clinic about 60 hours a week, now I’m lucky to get half of that … We are working fewer hours and seeing about 1/3 less patients. We aren’t seeing any patients for routine exams and patients that we can do Telehealth for we do that,” Russel-Miller said via email interview.

Contrary to May’s sentiments regarding the protests, Russel-Miller said she agrees with the protests.

“I think the measures taken were way over the top and I don’t know if our economy will ever recover. I think that we could have quarantined the vulnerable populations and been diligent about the usual things to prevent transmission of disease, and saved our economy,” she said.

Additionally, Russel-Miller expressed no fear regarding the protests.

“I think people have shown us gratitude and respect, I am not worried about the protestors,” Russel-Miller said.

May said she understands that it’s really frustrating to be out of work, they just want to make sure everyone is healthy and safe, and it needs to be taken seriously.