The Daily Utah Chronicle • May 15, 2020 • https://dailyutahchronicle.com/2020/05/15/utah-mens-basketball-stand-out-both-gach-to-transfer-if-he-withdraws-name-from-nba-draft/ 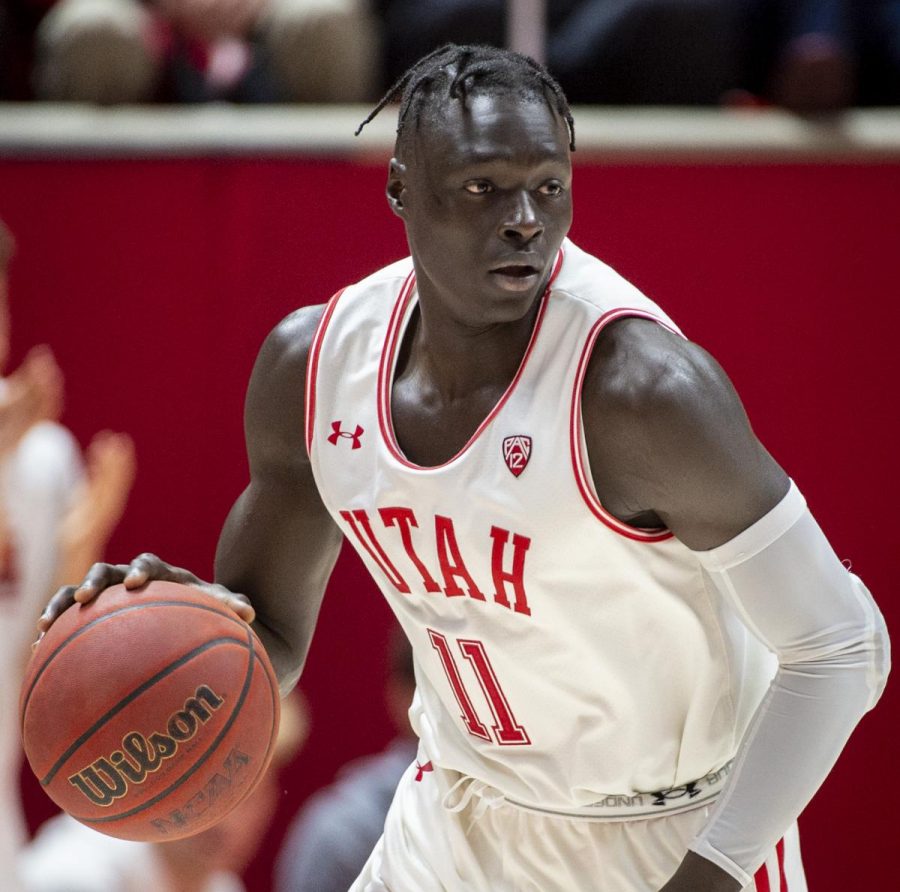 University of Utah sophomore guard Both Gach (11) dribbles the ball during an NCAA Basketball game vs. The University of Washington at the Jon M. Huntsman Center in Salt Lake City, Utah on Thursday, Jan. 23, 2020. (Photo by Kiffer Creveling | The Daily Utah Chronicle)

University of Utah sophomore guard Both Gach is expected to transfer if he withdraws his name from the upcoming NBA draft.

Gach announced his intent to pursue the NBA in April and stated he would not be hiring an agent, leaving it open for him to return to the NCAA if he sees fit. The news was broken late Thursday night by Jeff Goodman of Stadium. Gach is the first and currently only member of the Men’s Basketball team who has announced plans to transfer out of the program from last year’s roster. Gach’s intent to transfer after receiving feedback from the NBA came out of left field to head coach Larry Krystkowiak.

In a statement Krystkowiak stated that his staff had fully supported Gach’s intention to explore the NBA but the news of the transfer was the last thing they were expecting.

“We have been very supportive of Both entering the NBA Draft to obtain valuable evaluations from team personnel these past two months, so this comes as a surprise to myself and our staff after learning of Both’s intentions to transfer,” Krystkowiak said at the beginning of his statement.

Even though Gach’s intent to transfer will change the look of the Men’s Basketball team for coming seasons, Krystkowiak still feels that the program is headed in the right direction.

“Although the decision by Both to leave was not something we had planned or hoped for, our program continues to move forward with our players who are driven and excited to be a part of our Utah Basketball family. Sometimes one’s individual desires and goals don’t always align with the program they are a part of. However, our focus is and continues to be the players who are fully committed to our program, including our incoming recruiting class,” Krystkowiak said in the statement.

Gach’s most notable performance as a Ute was this last season against Colorado. In the final game of the season, Gach had a game and season high 28 points. Along with his five rebounds, Gach led Utah to a 74-72 overtime win over the Buffalos.  Regardless if Gach is drafted or not, his time as a Ute is done. He will look to transfer if not selected. Coach Krystkowiak has his work cut out for him as he will look to replace the talented guard.