The Daily Utah Chronicle • May 21, 2020 • https://dailyutahchronicle.com/2020/05/21/cushman-moderate-republicans-provide-strong-leadership-for-utah/ 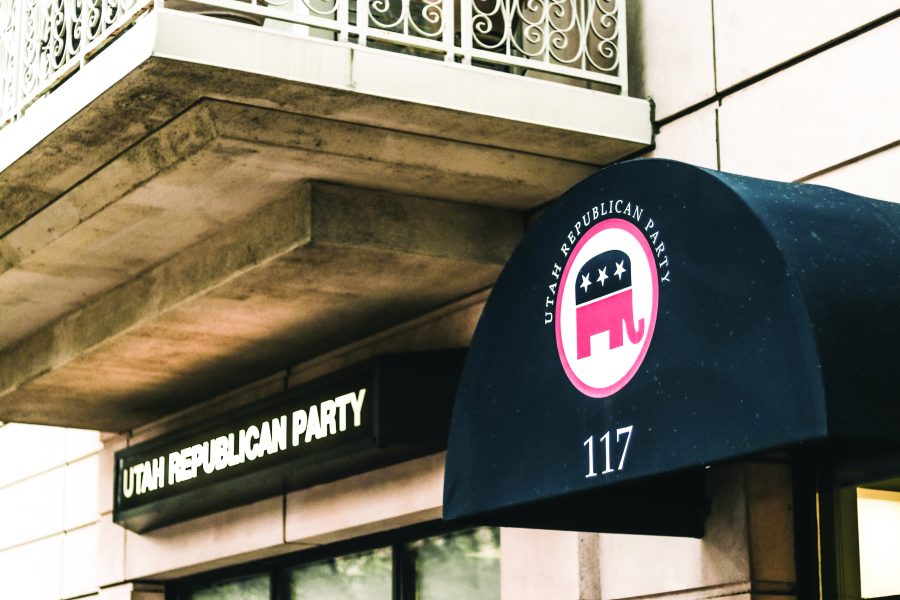 I recently wrote an article declaring my vote for Spencer Cox in the 2020 gubernatorial race because his integrity is unparalleled by any other candidate. The main reason I feel so strongly about his character is that Cox is a moderate Republican. By demonstrating a willingness to make decisions different from those of his party, Cox has earned my trust despite the fact that I have much more liberal views on policy. Similarly, other moderate conservatives like Cox, including Mitt Romney and John Huntsman, have something to offer to both conservative and liberal voters and are the kind of leaders we need in Utah politics.
Partisanship
Partisanship is a growing issue in the United States. The divide between party lines seems to widen with every election as Americans trust each other less and less. Ninety-one percent of Americans say the conflicts between political parties in the U.S. are either strong or very strong. These strong conflicts manifest in how we perceive each other. More and more people are hesitant to date across party lines, with 71% of Democratic daters saying they would be unlikely to or definitely would not consider a relationship with a Trump supporter and 43% being hesitant to date a Republican at all. This lack of trust in each other based solely on differing partisan identities is a reflection of the divide between politicians who stick to party lines and demonize opposing views. Utah is incredibly lucky to have moderate conservatives who are willing to separate from their party and work with liberal constituents and representatives.

Romney made history this year as he stood in front of the entire nation and voted to convict Donald Trump of abuse of power, becoming the first and only senator to have ever voted to remove a president of his own party. He broke with his party in a big way, knowing that there could be political consequences because he felt that he could not cast his vote dishonestly. Romney demonstrated that he was not a Republican who would stand idly by as his party did something wrong. I am proud to be represented by someone like that.

Cox has also shown a willingness to split from his party in order to do what is right. Seeing him sit on the capitol floor with a group of LGBTQ+ activists to hear their stories and apologize after the anti-conversion therapy bill failed to pass the legislature or hearing his moving speech after the Pulse Nightclub shooting shows me, as a voter, that this is a man who may disagree with me, but is willing to listen to me, understand my position, and do his best to represent me.

In 2009, when marriage equality felt like such an uphill battle, Huntsman used his position as governor to support civil unions for gay couples, giving them an avenue for legal recognition. He then went on to support gay marriage in 2013, demonstrating that he is a leader willing to support all of his constituents regardless of partisan positions.

These politicians have shown that there is a way to balance party values with good leadership which benefits constituents from any party. Their willingness to compromise and stand up for what they believe is right is an important step to bridging the deep divide between conservatives and liberals.
Utah’s Brand of Conservatism
Moderate Republicans better reflect Utah than hardline members of the party. Utah has demonstrated that, while we are in a red state, we are willing to cross party lines to take care of our communities. In 2016, while most red states and some purple states showed strong support for Donald Trump, Utah voters hesitated to support such a divisive candidate. Before the election, two out of three major presidential forecasters moved Utah from a certain red state to a likely one. Trump still won this state, but there were many districts with strong third-party support and many who voted for Trump did so with trepidation. Recent polls put Trump only five percentage points ahead of Biden in Utah. For a deep red state, that is a surprisingly small margin. Utah voters are willing to break with their party. Our leaders should reflect that.

Furthermore, where many Americans struggle to relate to people they disagree with politically, Utahns, while overwhelmingly conservative, trust Democrats. A poll earlier this year showed that more Utahns think the Democrats in the state legislature care more about them than the Republicans. Having leaders willing to bridge the partisan gap is more reflective of Utah’s values than leaders who hold strictly to partisan lines.
The Benefits of Moderate Conservatism
Utah is a deeply Republican state. Our state government has a conservative supermajority that could easily ignore the beliefs of liberal constituents if they remain unchecked. Moderate conservatives are a check. Their willingness to cross party lines and work with the other side allows them to hear voices that strict conservatives often ignore. Checks and balances are an integral part of a functioning republic. The role of moderate conservatives is important to run the most effective representative government possible.

Even though I think Cox is a good person and politician, I cannot say I agree with him on all or even most policies. Moderates have to carry the burden of sometimes disappointing both sides, but they also have the opportunity to work toward policies that align with all of their constituents. I have seen policies from Romney, Cox and Huntsman that have proved to me that even though they do not wholly represent my values, I can trust them to fulfill the duties of their offices responsibly and with consideration for every constituent.

Growing up liberal in a very conservative state has taught me the importance of seeing people as more than just their politics. It can be easy to get frustrated when my elected officials support policies that do not align with my beliefs, but it is an inevitability in representative government. I have learned to look for politicians who are willing to hear my side, even when they disagree, and who consider all of their constituents when making decisions.