Burton: The COVID-19 Pandemic May Land Us in a Brave New Economy 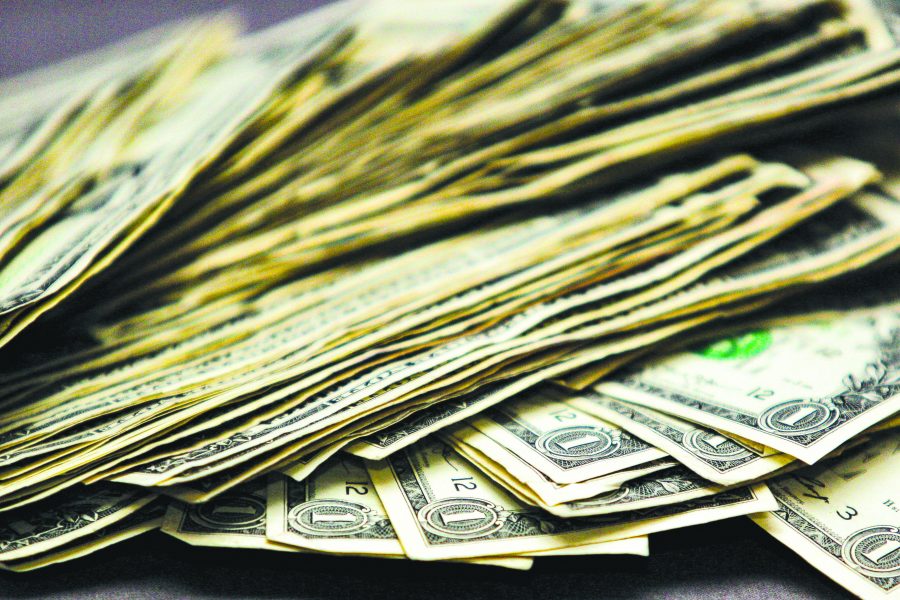 Isaac Reese says that universal basic income could have lessened the economic and public health crises of COVID-19. (Photo by Justin Prather | The Daily Utah Chronicle)

COVID-19 has taken millions of jobs and hundreds of thousands of lives, but there has never been a better time to learn about economics than this pandemic. Governments throughout the world, notably the United States and European Union, are enacting economic policies to stimulate countries as many barrel toward recessions. We are seeing the direct implementation of principles a student would learn in an introductory economics course.

Economic schools of thought play a crucial role in how these policies are executed. Throughout history, there have been shifts in the relevancy of these schools in response to circumstances – and as the world grapples with COVID-19, new economic solutions may take mainstream relevancy, changing the face of politics for an era. Among them is Modern Monetary Theory (MMT for short), a philosophy that is gaining more and more traction but may be too dangerous for the future.
A Crisis for the Season
New economic solutions usually arise out of a response against the mainstream – when conflicts occur, new tools are put to the test. For example, Marx’s theory of communism arose as a critique against the abuses of class in capitalist systems. During the 1930s, following a period of relatively freer markets and resulting market crash, President Franklin D. Roosevelt implemented policies that made the government more involved in the market through regulation, taxing and controlling the money supply. Later that century, after severe inflation and the perceived failure of market intervention by the government in the 1970s, President Reagan implemented “Monetarist” solutions for the economy. Since so many felt the government was the problem in that situation, deregulation and relaxed control was the solution.

Today, most economists solve problems using a combination of methods rather than wholly relying on one. However, not having faced a crisis of this magnitude before, policy professionals are seeking new solutions.
Modern Monetary Theory
In the last few years, Modern Monetary Theory has been slowly but steadily gaining popularity among governments and academics worldwide. It proposes that governments don’t need to tax in order to spend. Under certain conditions, countries with their own currencies can essentially spend and create money at will regardless of debt. Instead, the theory views taxing as a way to control inflation.

To be clear, it’s not new for the government to spend more than it makes in tax revenue. In fact, that is a normal way to stimulate the economy and to get more money into the hands of citizens. However, many politicians and organizations (on both sides of the aisle) argue that it is irresponsible for the government to continually overspend. After all, who is going to pay for the enormous debt?

MMT argues that governments don’t have to worry about it. Unlike households, governments can simply create money and inject it into the economy. If there is too much money and the economy overheats, then the government can raise taxes to cool it. Several examples of MMT are already in play, such as the recent CARES Act here in the US. Britain and the Eurozone have used MMT-based tactics to deal with the coronavirus crisis as well.
No Free Lunch
In theory, MMT is essentially an economic free lunch. In practice, it poses several problems. First, MMT is associated with left-leaning politics. (Stephanie Kelton, MMT’s foremost advocate, was Bernie Sanders’ former economic advisor.) In times of more stability, it is certain that those on the right will criticize the theory and any associated policies as being financially irresponsible and facilitating government overreach.

It’s also important to consider MMT in terms of inflation. While proponents of the theory argue that taxing is the solution to this issue, politicians have little incentive to raise taxes since it’s often unpopular with constituents to do so. Additionally, MMT’s theoretically limitless spending creates considerable “moral hazard,” which occurs when companies engage in risky investments and assume the government will cover them if trouble arises. The 2008 financial crisis is a good example.
Looking to the Future
This is not to discredit the benefits of MMT. Desperate times call for desperate measures. Without stimulus packages, the global economy would be in even worse shape due to the pandemic, and companies and individuals would be hurting even more seriously. Still, it’s important to recognize that these measures will have serious costs in the future. MMT proves helpful in emergencies like the one we’re in, but in times of stability, the precedent of creating debt is very risky. Policymakers have to consider the long-term effects of the economic strategies they use to manage this serious but relatively short-term problem.

The COVID-19 pandemic will prove to be a test of the relevancy of mainstream economic policy. The world’s finance structure may stay close to its pre-COVID status quo or enter into a new era of Modern Monetary policies. If it does, economics will change dramatically — and not necessarily for the better.