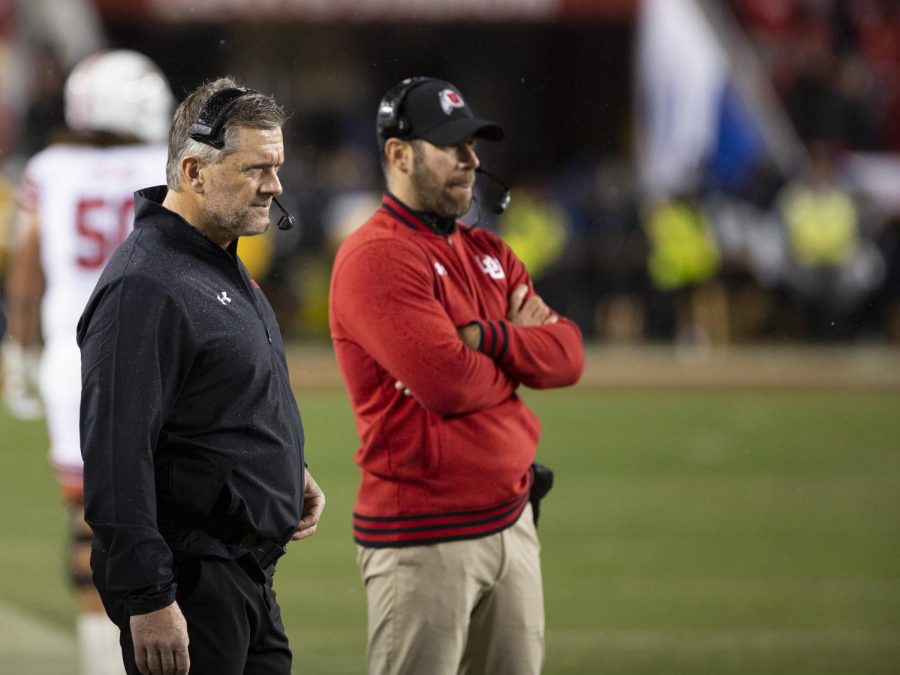 University of Utah football head coach Kyle Whittingham as the clock winds down in a loss to the University of Oregon Ducks in the 2019 Pac-12 Championship football game at Levi’s Stadium Dec. 6. (Justin Prather | Daily Utah Chronicle)

The University of Utah athletic department announced on Friday that defensive coordinator Morgan Scalley has been suspended indefinitely. The decision was reached after they became aware of a racially insensitive comment he made in a text in 2013.

Athletic director Mark Harlan said that after becoming aware of the situation he, as well as President Ruth Watkins, decided to send the incident to an outside source for review.

“On Wednesday night, I was made aware of a social media post that referenced a 2013 text message that included racist language, sent by our football program’s defensive coordinator, Morgan Scalley. I initiated conversations with our campus partners, including President Watkins, and we agreed to have an outside firm review this matter, to seek further details and determine whether this was an isolated incident. Coach Scalley and I have spoken. He is very contrite and acknowledged that the text was sent and that it did include a derogatory and painful word. The use of any form of racist language is not only antithetical to our policies and our values, but it is an affront to all of us, especially our African-American community members. While the review of this matter is being conducted, I have placed Morgan on suspension effective immediately,” Harlan said in a statement.

Scalley, who has been a part of the Utah coaching staff for over ten years showed remorse in a statement as well as accepting his punishment.

“I used a racial slur in a text message. This language is offensive and hurtful to not only the African-American community, but to all. Immediately after sending it, I apologized to the recipient and his family. I am also heartbroken over the potential breach of trust with my fellow coaches, and with the young men in our program, both past and present. I am truly sorry, and I own up to the hurtful effects of my choice. Through my actions and words going forward, I will demonstrate that my use of that slur in 2013 does not reflect or define who I am or what I stand for. My action is indefensible and I will use my voice and position to bring about meaningful and much-needed change,” Scalley said.

Head coach Kyle Whittingham also commented on the suspension saying he was shocked by the situation and he supports the punishment that was handed down to him.

“I take very seriously the hurt, pain and anger felt by African-Americans, and the power of words to inflict or deepen that pain. Although this incident is inconsistent with the character and conduct of the person I have known and worked closely with for more than two decades, Morgan’s use of racist language is a very serious matter and I am supportive of the suspension while a more thorough outside review is conducted,” Whittingham said.

It was not stated when the review will be completed.