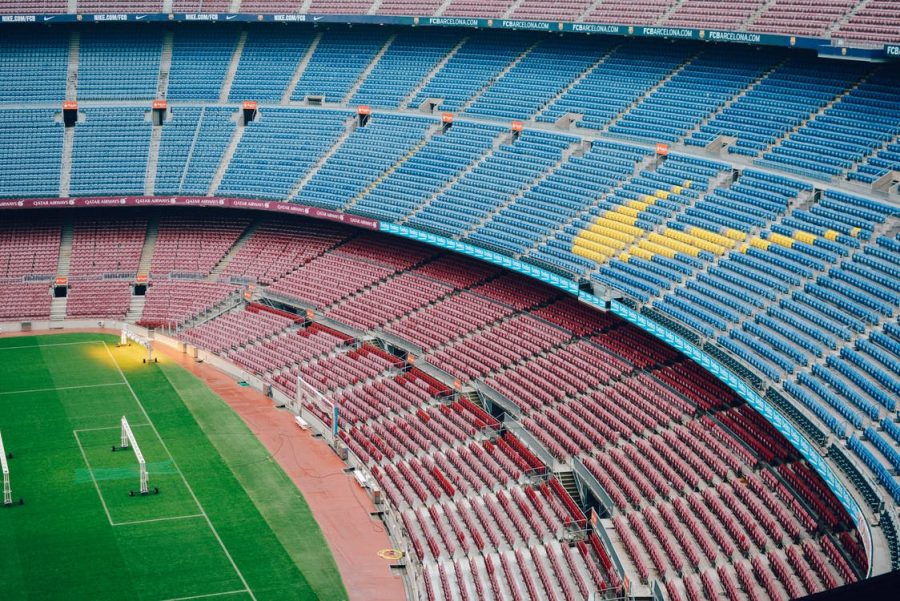 For three months, stadiums and arenas across the country have remained empty in response to the pandemic COVID-19. But over the last few weeks, leagues around the nation such as the NWSL, NHL, MLS, and NBA have announced their plans and strategies for a return to play.

NWSL
On May 27, the National Women’s Soccer League (NWSL) announced the 2020 Utah Challenge Cup as their format for a return to play. The tournament will begin June 27 and consist of 25 games with the majority being held at Zions Bank Stadium in Herriman, Utah. The semifinals and finals will then take place at Rio Tinto Stadium in Sandy, Utah, with the final match taking place on July 26.

The format of the Utah Challenge Cup will include all nine clubs playing four games in a preliminary round to determine seeding. Only eight of the nine teams will advance to the quarterfinals as the tournament progresses to knockout stages, eventually leading to the final.

Both the opening game and the final will be nationally broadcasted on CBS. All other tournament games will be shown on the CBS All Access subscription service.

NHL
On June 2, the Nation Hockey League (NHL) announced its unique plans for a return to play. Their format will consist of 24 teams competing for the Stanley Cup beginning with a 16-team qualifying round. The top 12 teams in each conference will participate in the tournament with the bottom 8 competing in a preliminary best of 5 games series. Their seeds are determined by their regular-season record points percentage with the No. 5 seed playing the No. 12 seed, No. 6 playing No. 11, No. 7 playing No. 10, and No. 8 playing No. 9. In addition, the top four teams in each conference will play a round-robin to determine the top seeds which will then face the remaining bottom teams from the qualifying round for the Stanley Cup playoffs.

Two hub cities will be selected to host each conference qualifying round and seeding round-robin play. Candidates for the hub cities include Chicago, Columbus, Dallas, Edmonton, Las Vegas, Los Angeles, Minneapolis/St. Paul, Pittsburgh, Toronto and Vancouver. While there is a slight chance the final three rounds of the Stanley Cup Playoffs could be played in the home arenas of the remaining teams, it is likely the hub cities will continue to host the remaining games.

While there is still no set date for returning to play, Commissioner Gary Bettman said the NHL believes the qualifying and first two rounds of the playoffs can be completed in a little more than a month.

MLS
On June 3, the league confirmed that there would be no lockout as the Major League Soccer (MLS) and MLSPA had reached a deal on a new collective bargaining agreement. Despite no official statement made by the league on the format of returning to play, it is confirmed that a tournament style of play will take place in Orlando.

Rumors have been surfacing that all the MLS teams will be divided into groups similar to the World Cup and participate in three group stage matches. Following group play, 16 teams will advance into a knockout tournament where eventually a champion will be crowned.

Jeff Rueter, a staff writer for The Athletic, tweeted on June 4, “The winner of #MLS’s Orlando tournament will receive an automatic CONCACAF Champions League berth, sources tell @MLSist and myself. There’s your incentive for the competition.”

Once play resumes, the MLS plans for each day of competition to consist of two morning games and two evening games, each being broadcasted nationally.

NBA
On June 4, the National Basketball Association (NBA) released its plans for a return to play that will take place at the Walt Disney Resort in Orlando, Florida.

The final 16 teams will then face off in regular NBA playoff-style format to determine the 2020 NBA champion.

While none of the leagues have announced the allowance of fans to be in attendance for the remainder of their seasons, fans everywhere have reason to be excited as they will be able to watch their teams compete for championships from the comfort of their homes.