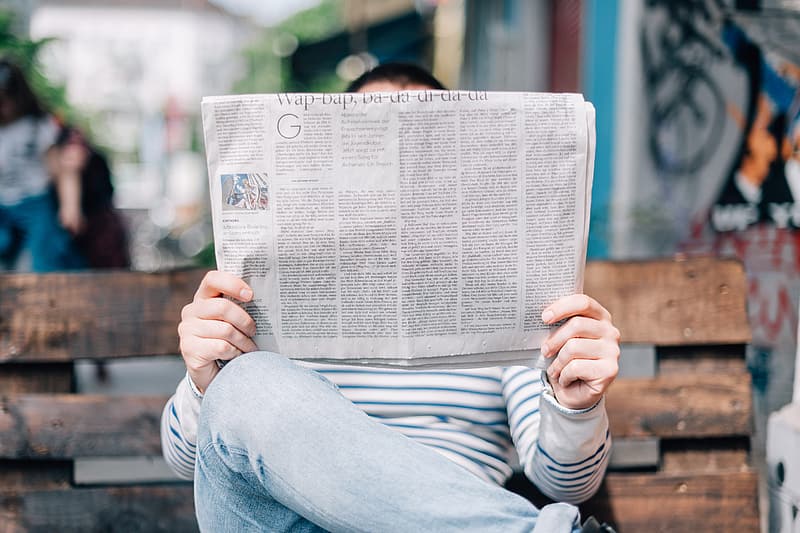 By The Copy Desk

On June 19, the Associated Press Stylebook announced that it will now become customary style to capitalize Black when referring to it “in a racial, ethnic or cultural sense.” Individual publications can determine their own style guide and how closely they will follow AP Style, but this change marks a push Black writers have been making for decades. Although this is a step forward, the AP Stylebook’s rules continue to disadvantage Black language. As the most popular news writing style guide, the stylebook should use its influence for good and include Black language in its rules.

The AP Stylebook was originally created to keep news stories consistent, clear, accurate and brief. Originally, the stylebook was a 60-page stapled packet — but the 2020 edition is 634 pages long.

The rules in the stylebook are specific and pervasive: There must be one space on each side of em dashes and ellipses. No Oxford commas, unless absolutely necessary. Although numbers under 10 must be spelled out and anything over 10 is in its digit form, there are so many exceptions to the rule that the sentence “Twenty days into the summer, a 9-year-old girl walked 1 mile at 2 p.m. and paid 5 cents for 1.5 cups of lemonade” is completely correct in AP Style.

However, the AP Stylebook’s entries have been harmful rather than inconvenient for some time now. Although the stylebook’s original intentions were good, the guide has become the pinnacle of grammar prescriptivism — the belief that language should follow a definite set of rules, creating a “right” and “wrong” use of language. It demands consistency in news articles, but hasn’t particularly kept up on this well. Take the example of the #MeToo movement: the stylebook did not have a formal entry on how to reference it until December 2019, two years after the hashtag went viral and 13 years after it was created, meaning the movement was referred to a number of different ways during its peak. (And, notably, the difference between “#MeToo,” “Me Too” and “MeToo” did not impede readers’ understanding of what it was.) The stylebook’s 634 pages of rules have moved beyond consistency and into absurdity.

Grammar prescriptivism’s restrictive view on language forces users to conform to one particular set of rules, even if there is nothing wrong with a form outside those rules. Because of this, grammar prescriptivism benefits white forms of English, forcing non-white people and especially Black people to code-switch from the language they know to one seen as more professional or proper. The AP Stylebook avoids vocabulary and grammar characteristics found in African American Vernacular English in particular, which, in the context of grammar prescriptivism, labels it as “wrong.”

One of the features of AAVE is its use of the double negative, which is one of the things the AP Stylebook discourages. It goes as far as citing the word “irregardless” as incorrect, despite its existence in many “standard” English dictionaries. Double negatives aren’t “incorrect,” as many prescriptivists claim, but are used in a number of other languages, including in Spanish, Portuguese, French, Russian and Greek. Double negatives were common in this “standard” English, too, until after the 16th century. Even Shakespeare used them!

Words and slang from AAVE or the languages that influenced it are widely used in white forms of English, which include words like banana, yam, bad (as in good), cat (as in a person) and cool (as in calm) — though none of the provided definitions of these words are listed in the AP Stylebook. AAVE is often “considered inferior to so-called ‘standard’ English,” according to HuffPost culture writer Zeba Blay, though is commonly used and accepted on Twitter and in hip-hop. AAVE is also considered informal, to be used in social situations only.

This lack of inclusion leads to a lack of understanding. John R. Rickford and Sharese King wrote a research paper that argued it was the court’s unfamiliarity with Rachel Jeantel’s dialect during the trial of George Zimmerman that caused her “crucial testimony [to be] dismissed as incomprehensible and not credible.”

“It appears to be the case that AAVE’s preverbal tense-aspect and modality markers … might frequently be the source of miscommunications with and mistranscriptions by police, secretaries, court reporters and jury members who do not speak or are not familiar with AAVE,” the paper reads.

More locally, Tyler Huntley, former quarterback for the University of Utah football team, was the subject of a racist tweet in Nov. 2019, directed toward the way he spoke. Huntley is a two-time honorable mention Pac-12 All-Academic and, according to former teammate Britain Covey, had a 3.5 GPA and was an honors student. Although there is nothing inferior or ignorant about AAVE, the rules set by the AP Stylebook could cause someone to think that.

This unfamiliarity with AAVE is perpetuated by the AP Stylebook’s insistence on rules that privilege white forms of English. Although the stylebook is far from the only style used by writers, it is in the unique position to get the public familiar with AAVE. Because many news outlets follow the stylebook’s rules, many people are exposed to white English when they read or listen to the news, which makes them familiar with the stylebook’s rules even if they aren’t fully aware of it. The Associated Press can continue to exclude Black language, facilitating the miscommunications and mistranscriptions Rickford and King described, and the racist incidents similar to Huntley’s case. Instead, it should do the opposite and include AAVE in its hundreds of pages.