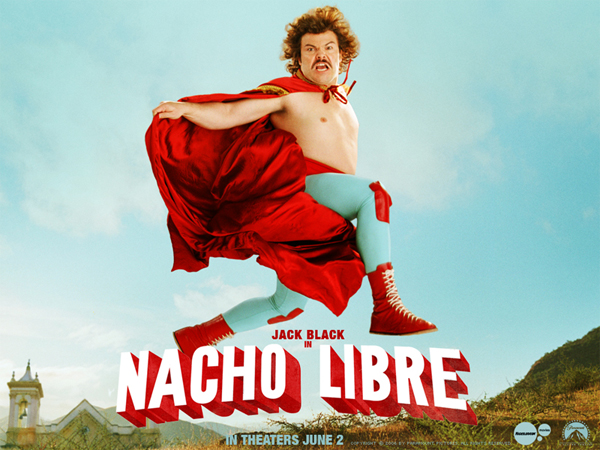 When done well, a good sports movie just can’t be beat. Some of my favorite films have been based around sports, and I have a lot of great memories of them from my childhood. These are the top five sports films I have ever seen.
5. McFarland USA
“McFarland USA” is set in a small town in California, where a former high school football coach named Jim White organizes a brand new cross-country team and takes them to new heights, including state titles. Based on a true story, this movie has a heartwarming message mixed with well-timed humor. I remember watching this one in the theater when it came out, and it was instantly one of my favorites. This film perfectly illustrates how kids from an underprivileged community go on to become successful and is so inspiring as many of the runners have fruitful lives after high school, using the lessons they learned from their coach.
4. Nacho Libre
This isn’t the first movie that comes to mind when I think of sports films, but it features wrestling, so I’ll count it. It tells the story of a man who lives in a monastery and becomes a wrestler, despite it being regarded as a sin. Nacho Libre is played by the incomparable Jack Black, who single-handedly makes this one of the most quotable movies of all time. Comedies are some of my favorites, and “Nacho Libre” is definitely no exception.
3. Happy Gilmore
“Happy Gilmore” is about an ice hockey player who keeps failing to make any sort of team. He is persuaded into trying golf, and with his unorthodox driving style, he makes waves and earns some money to help buy his grandma’s house back from the IRS. Between the hilarious slapstick comedy and some great comedic performances all around, “Happy Gilmore” is an instant classic for me. Adam Sandler is in his element in what I consider one of his funniest roles. Any time I’m at the driving range, I always go for the Happy Gilmore swing, which shows me just how memorable this movie is. The Bob Barker cameo as himself is still one of the most hilarious things I’ve ever seen, by the way.
2. Moneyball
Switching gears a little, “Moneyball” is known for its well-crafted acting performances rather than unfiltered comedy. It’s a biographical film on the 2002 Oakland A’s season, and general manager Billy Beane’s attempt to build a team while staying cheap, as mandated by ownership. As someone who’s very interested in team construction and the salary cap, this movie was very relevant to me. Of course the acting is amazing, as Beane is portrayed by Brad Pitt, who was nominated for an Academy Award for this role, as was Jonah Hill, who portrays Peter Brand, a young assistant GM. These performances are some of the best I’ve ever seen, and I walked away after the movie with a new perspective on how pro sports teams are run.
1. Space Jam
Is “Space Jam” the best movie on this list? Probably not. Is it my favorite? Absolutely. Michael Jordan and the Looney Tunes, what’s not to love? The number of times I’ve seen this movie might be unhealthy. I sing the song every time I’m outside dunking (on the trampoline, to be fair). It’s also inspired some incredible mash-ups. As a huge basketball fan, this movie was a huge part of my childhood. I love it dearly and I’m very excited for the sequel coming soon, starring LeBron James and featuring my favorite NBA player, Klay Thompson.