Poma: Utah College Students Have Been Right All Along: We’re Being Ripped Off 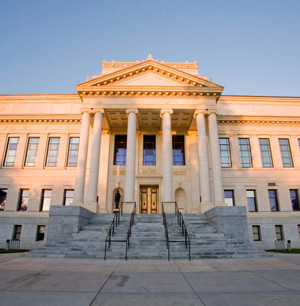 The Park Building at the top of President's Circle, where the U administration works. (Chronicle archives)

College costs a lot – that’s a known fact. At the University of Utah, the average resident student could pay well over $20,000-$30,000 a year for expenses like tuition, housing and, notoriously, miscellaneous fees. While tuition comprises roughly 34% of that cost, mandatory fees make up a growing portion. In fact, a recent audit by Utah State Auditor John Dougall confirmed what students have speculated for years now: we’re being ripped off. The fee audit exposed how easy it is for colleges to raise fees without careful overview. It’s inexcusable that so many students have paid for parts of campus life that most don’t even use, and that the concrete figures are only coming to light now. Utah students deserve the right to pay only for the services students use and to full disclosure on how their schools spend our hard-earned money.

Dougall’s audit covered several items but mainly focused on labeling fees as either “reasonable” or “unreasonable” for an institution to charge. The findings from Dougall’s audit called into question fees related to the Learning Abroad program at the U, among other fees at Utah’s higher education institutions. According to the audit, all students pay a fee that goes toward Learning Abroad scholarships. Based on the U’s Required Fees breakdown, about $3 every semester goes to those scholarships – which doesn’t seem like a lot. But add up $3 per semester per the 33,000+ students that attend, and the amount skyrockets. And on top of that, relatively few students participate in Learning Abroad or receive those scholarships, since every applicant has a 25%-30% shot at winning that raffle.

The state auditor declared that Learning Abroad scholarships and other current fee-based costs like utilities should be covered by the institution and not the students. This issue extends beyond the fees for athletics that we’ve focused on. If we tally up all fees deemed unreasonable by the audit and subtract it from what we pay now, our mandatory fees would probably shrink quite a bit. If it doesn’t benefit every student, it shouldn’t be included in our fees or our tuition.

The most frustrating aspect of this situation, however, was the U’s response to charging these fees and attempting to claim that they do, in fact, benefit everyone. The U’s spokesman Christopher Nelson stated that all students have access to these programs and the U keeps costs relatively low. And to its credit, it accomplishes that goal, especially in comparison to other PAC-12 institutions. Nelson also stated that fees are more transparent than tuition, and to have these in tuition would be a disservice to students. But based on how this incident unfolded, it’s clear that these fees aren’t transparent enough. All these justifications miss the point of Dougall’s entire report. What the U and other institutions need to recognize is that students shouldn’t have to pay random fees without a reasonable explanation, and that fees must benefit everyone to be deemed reasonable.

That said, an admittance of this problem would be no substitute for an actual reconsideration of fees, especially since the pandemic has eliminated access to most of the things we pay to use, such as the library and other buildings. The audit and Dougall encourage institutions to remove these fees and refund them all together for 2020. The current Truth in Tuition seminars also failed to meet standards in place by law. The board of trustees approved tuition and fee spikes before the seminar was even held, and have no record of even denying or adjusting proposed fee increases. They also have not clarified when meetings will be held, nor have they recorded these meetings to release publicly.

Considering that those seminars serve as the only place to get transparency with our fees, it’s no wonder Utah students’ trust in our academic institutions hangs in the balance. The audit only verifies that the money we don’t have goes to things we don’t need or use for most of our college careers. So many students go into debt enough as it is, and these random fee hikes don’t help or benefit anyone besides the universities. We might never know why we just now have the data to back up our claims and confusion over fees, but if the U’s response tells us anything, it’s that leadership will continue to brush off our complaints unless we advocate for more change.

Utah’s colleges and universities could start by increasing the public accessibility of these Truth in Tuition seminars and putting out meaningful notifications for tuition and fee increases – more than just a tiny blurb on our school websites. Students also deserve more of a say in where the money goes. We need more than diagrams and statements saying school leadership will reconsider their spending. If the meetings are made available to students via telecommuting programs, recordings and widespread announcements, we can have real, tangible input on what happens to our money.

Dougall’s audit comes amid heated debates on how to fund higher education as we continue to navigate the coronavirus pandemic. While some fees are surely justifiable, we should continue to advocate for more transparency. This audit gives us and the U the opportunity to reevaluate our school’s spending. Hopefully, something better will come out of the important conversations that this audit will prompt.