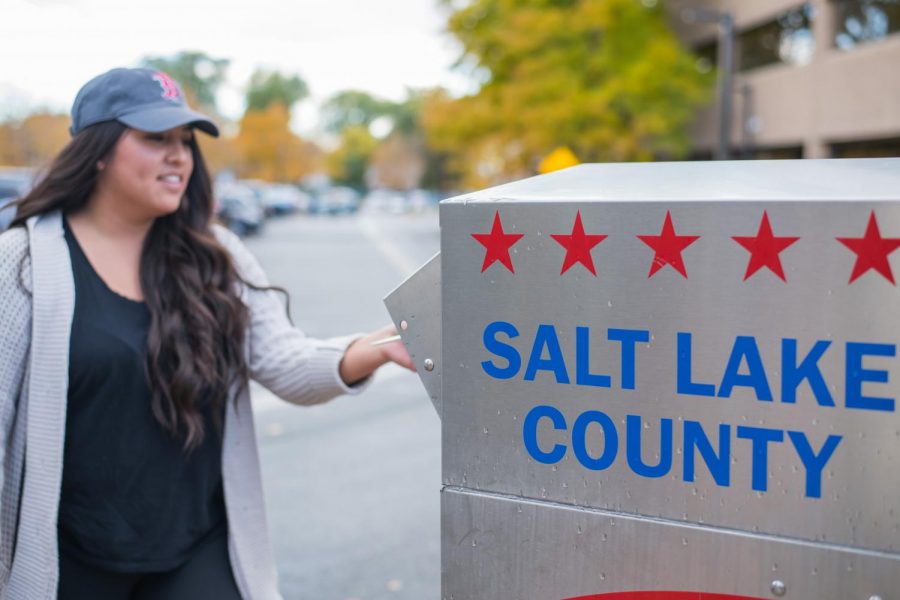 The 2020 Utah gubernatorial race has been an exciting process. With a prolific and lengthy decade under his belt, Gary Herbert will retire his position as governor in 2021. The next governor will be a dramatic change in Utah’s leadership as the state faces the challenges that come with a diverse economy and COVID-19 complicating of the future. With this in mind, the gubernatorial election is even more urgent.

Utah has allowed for universal, mail-in voting since 2013. While every state has a sort of mail-in voting or absentee ballot system, Utah remains among the few states that sends out mail-in ballots to registered voters automatically. This system was put to the test during the recent Republican gubernatorial primary. With the primaries several weeks behind us and Spencer Cox as the Republican nominee, we also saw record voter turnout, despite social distancing measures. This recent primary has shown how effective mail-in voting can be, despite complicated circumstances.
Voter Turnout
Voter turnout is essential for a healthy democracy — governments need voices to listen to. The United States, unfortunately, does poorly in voter turnout compared to other developed countries. Many different policies have been enacted to increase voter participation, among which, expanded mail-in voting has been adopted in more and more states. Studies show increased voter turnout in states that adopted universal mail-in elections. The increases in Utah voter turnout since adopting mail-in voting are even more impressive. The 2018 midterm election — when all counties used mail-in options — saw a 21% increase in voter participation as compared to the previous midterm in 2014. Ranking low nationally as 45th for voter turnout in 2014, Utah surged dramatically up to 13th place in 2018. The voter turnout this year is already far higher than in years past. The primary elections had a turnout rate 8 percentage points higher than the turnout rate in 2018. Despite the far more restricting circumstances due to COVID-19, access to mail-in voting allowed Utahns to participate in the Republican gubernatorial in record numbers.
Simplifying Voting
The reasons for lower or higher voter turnout rates are nuanced and complicated, but among them is the lack of access. Imagine this hypothetical situation — you are an average, working and registered adult citizen of Utah in November of 2012. It is election day, and you would like to vote, but there are several obstacles in your way. Firstly, Utah doesn’t have election day as a holiday, so you’ll have to take a day off of work or hurry to a poll station after work because you weren’t able to get your hands on early voting options. After searching for the nearest polling location, you spend time traveling to get there. You arrive at the polling place, only to find a long line. It took a while, but you finally cast your ballot. It’s hard to ignore the feeling that this process was far more of a hassle than necessary. Now imagine it is the 2018 midterm election instead. As a registered Utah voter, you would have automatically received a mail-in ballot and because you live in Salt Lake County, you can drop it in the mail without paying for postage. You now save time by skipping the long lines and can vote from the comfort of your home. Voting is now far simpler and more accessible. Utah’s Republican voters got to use this accessible system just a few weeks ago — as will all of Utah’s registered voters this fall — despite the uncertainty COVID-19 brings. The recent primary shows us how effective mail-in voting is and how it can help citizens participate. Despite its popularity in a solidly red state like Utah, mail-in voting is being challenged by the Republican party elsewhere.
The Republican Backlash
Utah, despite being one of the most Republican states, actually runs counter to mainstream thought on mail-in voting. Utah and its leaders have embraced universal vote-by-mail — as have most Americans. But what appears to be a rather reasonable and bipartisan solution to increase voter participation has garnered noticeable criticism from the national Republican Party. A May 28 tweet from President Trump summarizes the two most mentioned criticisms — fraud and partisan disadvantage. As was found out rather quickly, both of these criticisms hold little water. A Stanford study found that mail-in voting does not have a significant benefit for one party over another. As for fraud, experts have proved that voting fraud, in general, does not occur frequently. Associate Professor Anthony Fowler of the University of Chicago said in an interview, “Voter fraud is very rare, and the risk of widespread fraud is probably very minimal, even with all-mail elections.” Several studies have also corroborated this statement. Mail-in voting actually has a more reliable ballot verification process and is less prone to fraud.

Utah’s recent Republican primary was a success in voter turnout and demonstrates the merits of mail-in voting during COVID-19. As states look towards voting in November, Utah can serve as an example of the benefits mail-in voting brings to states of all political inclinations.