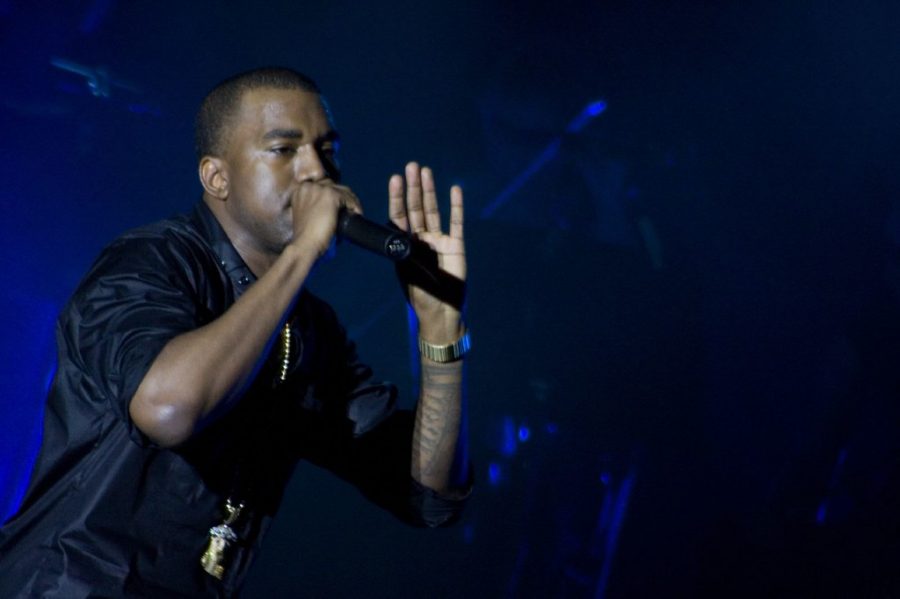 Rapper Kanye West has announced that he will be running for office in the upcoming 2020 presidential election. West announced his campaign via Twitter on July 4, after first speculating about his candidacy intentions in 2015.

“West first said he would run for president at the 2015 MTV Video Music Awards. He ended his acceptance speech for the Video Vanguard Award by saying he would run in 2020,” said CNN journalist Alaa Elassar. When West first made this announcement in 2015, he discussed his political platform with Charlamagne tha God saying, “the Trump campaign and maybe the Bernie Sanders principles. That would be my mix.”

Now, after missing the key dates to get on the ballot in many states, West held his first so-called presidential rally on July 19, in Charleston, South Carolina. Commenting on the rally, Journalists Beatrice Peterson and Meredith Deliso said, “The rapper appeared shortly after 5 p.m. at the Exquis Event Center rally with the numbers ‘2020’ in his hair.” West also was sporting a bulletproof vest and delivered his speech without a microphone, according to Rolling Stone.

West discussed his stance on abortion, “he’s anti, but believes in giving women proper financial assistance as an alternative,” said journalist Brenna Ehrlich. According to Peterson and Deliso. West said that his idea of “financial assistance” is, “‘everybody that has a baby gets a million dollars or something in that range.’” Slavery and gun control were other topics that West voiced his opinion about.

Following West’s controversial campaign rally, concerns for his mental health arose after the rapper posted a series of late-night cryptic tweets. There were a number of comments that West had made about his wife, mother-in-law Kris Jenner and others on Twitter. West took all these tweets down shortly after he posted them.

Concerns for West’s mental health first circulated in 2016, when the rapper was hospitalized and placed on a psychiatric hold after canceling the remainder of his “The Life of Pablo” tour. He was later diagnosed with bipolar disorder, first sharing his bipolar diagnosis in 2018 on his album, “Ye,” via the album cover.

Responding to his recent tweets, his wife, Kim Kardashian West, posted about the effects that his bipolar has had on their family, asking for compassion and grace. “Those who are close with Kanye know his heart and understand that his words sometimes do not align with his intentions,” Kardashian West wrote on Instagram, “I kindly ask that the media and the public give us the compassion and empathy that is needed so that we can get through this.”

West has yet to comment on the current status of his campaign following Kardashian West’s post. “With the election only four months away, West still needs to register with the Federal Election Commission, present a campaign platform, collect enough signatures to get on the November ballot and more,” said Elassar. Realistically, it seems that West still has a lot of things to check off his to-do list before he has a chance of being on the ballot.