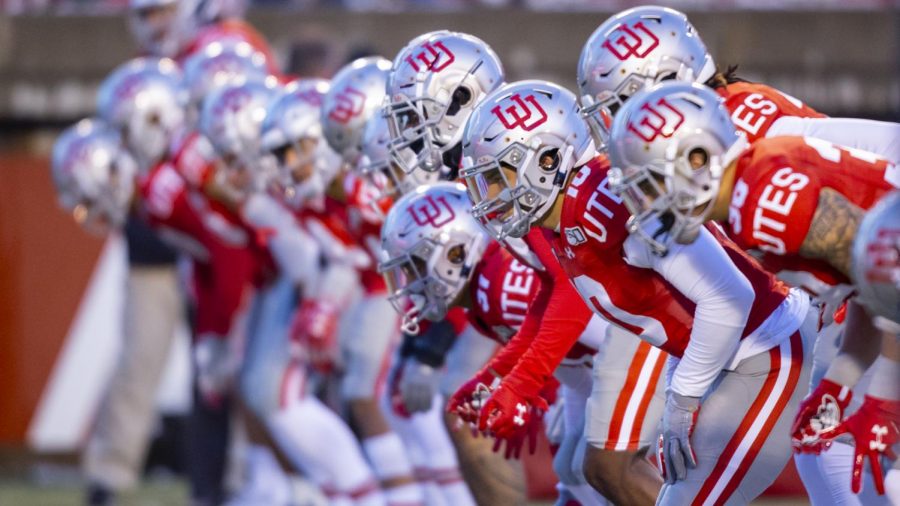 The University of Utah Football Team warms up prior to the start of the game in an NCAA Football game vs. Colorado at Rice-Eccles Stadium in Salt Lake City, UT on Saturday November 30, 2019.(Photo by Curtis Lin | Daily Utah Chronicle)

The University of Utah and the Pac-12 Conference announced their plans for handling the fall season on Friday, July 31. The plan also includes the new schedules for all 12 teams since the conference’s announcement of only playing fellow members of the conference.

All 12 teams will play a 10-game season as opposed to the usual nine in conference games fans are used to. Utah will pick up a game versus Oregon to close the season.

The teams will play in five road and five home games in the season. The conference also made the schedule keeping in mind that if a game cannot be played, it can be made up on a bye week, the week of the conference championship game or during week 12 of the season.

The 11-week schedule is set to start play on Saturday, September 26 for the Utes as they take on Washington State. The team won’t play their first home game of the season until Saturday, October 10 when the Utes will host Oregon State.

Other home opponents for the Utes include Arizona, Washington, USC and Oregon.

Times and TV networks will be announced at a later time.

The Pac-12 memo also states that if a student athlete wants to opt out of the season they will remain in good standing with the school and team and will also remain on scholarship.

“This is an exciting announcement as we continue to plan for fall sports seasons while taking all precautions for doing so in a safe and healthy manner,” said Director of Athletics Mark Harlan in a statement. “I am particularly excited for our student-athletes and coaches in our fall sports who now have dates to plan for. We, and they, know we must also remain flexible as we go forward.”

While fans now have a schedule for the upcoming season, according to Harlan, whether they will be allowed into Rice-Eccles Stadium is still up in the air.

“We are in close consultation with university, state and local officials, and through those discussions we anticipate a reduced capacity at Rice-Eccles Stadium this season because of physical distancing requirements,” Harlan said. “Every effort is being made to provide the safest experience possible for fans attending games, and for all involved. Season ticket holders will receive information soon to provide details on the ticketing and seating approach for the 2020 season, and the various options they may choose.”

The full conference schedule can be seen below: