Cushman: Confederate Monuments Are an Affront to Equality and Democracy 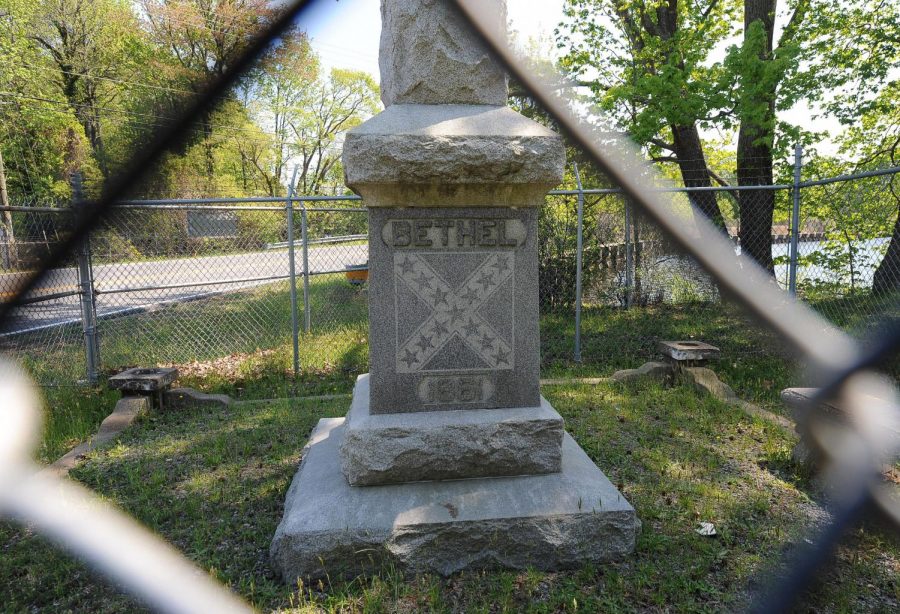 An obelisk, donated by the United Daughters of the Confederacy in 1961, commemorating the 100-year anniversary of the Battle of Big Bethel. (Courtesy U.S. Air Force)

In Germany, illegally displaying Nazi symbols is punishable with jail time. Displaying a swastika is not only a cultural taboo but can also be a crime because Germany has decided that Nazi symbolism is in direct conflict with its constitution and national values. Germany’s policy contrasts with the United States’ policy on symbols that represent our nation’s racist history. Where Germany attaches shame and severe consequences to Nazi symbols, the United States has statues of Confederate officers on government property.

The statues of Confederate leaders were not placed in front of our government buildings to honor their role in history, but as a symbol of white supremacy; a way to preserve the legacy of subjugating Black Americans. In an interview with the Harvard Gazette, historian Annette Gordon-Reed explained that the key difference between statues of leaders like Washington and Jefferson who owned slaves and monuments depicting Confederate leaders is intent. Monuments to our founding fathers are not put up to glorify their legacies involving slavery, but the monuments of Confederate leaders have been used to preserve and honor a legacy of white power.
The Role of Protest
Protest has become a “standard feature” in democratic politics. It offers constituents another way to hold their government accountable and become engaged in decision-making processes. In the United States, protest has played an important part in making government better reflect our values. In the 1960s, more than 200,000 demonstrators participated in the March on Washington for Jobs and Freedom, one of the most well-known protests in U.S. history. The marchers demanded racial equality. While our nation still fights for racial justice, this historic march, with the help of years of activism and protest before and after, forced the United States government to expand its roles and responsibilities to include equality. The antiwar movement similarly demanded a change in the role of the U.S. government. Activists were on a moral crusade to get the United States out of the Vietnam War and in doing so they created an expectation that the government evaluate the morality of engaging in conflict.

Regardless of their overall success, protests have been a key component in changing the role of the U.S. government over time because they demand that the government adapt to address certain problems. As protesters tear down Confederate statues across the country they are once again demanding a change from our government. Advocates of racial justice today want a government that not only values racial equality but that cares about producing a narrative that promotes equality.
The Correct Response
Growing up, we are taught that our nation was founded on the principle that all men are created equal. Ultimately, however, our Constitution protected the institution of slavery. Many of our founding fathers owned slaves. Racism has been embedded into our government since the beginning. Equality is not something our government has historically protected much less encouraged but something we had to fight for our government to care about. It is a value that we need to protect in order to have a truly democratic nation. The National Endowment for Democracy explains that “democracy presupposes relationships of political equality in which citizens equally share authority.” When that is not the case, our democracy cannot function for each citizen.

We cannot guarantee perfect equality, but we can decide to no longer sentimentalize people who fought against equality and, thus, against democracy. We can decide to no longer put men who actively fought against human rights on a pedestal. The government has not historically acted to promote or even protect equality, but removing Confederate statues from government property is a positive step in that direction and an important step in maintaining our democracy.