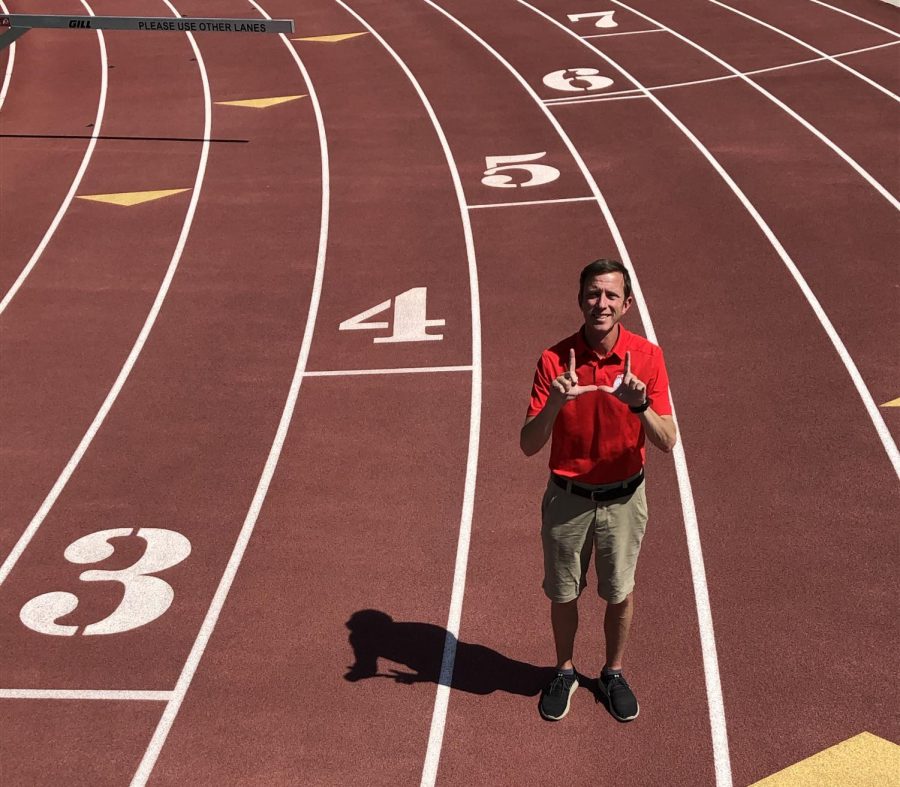 Over the last few seasons, the University of Utah cross country team has become a team with growing national prominence. Last season the team defeated the then No. 1 ranked Notre Dame on their home course. The team also had their best finish in school history at the NCAA Championships last fall.

The man who can take some of the credit for the success the team has had as of late is head coach Kyle Kepler. Kepler, who will be entering his 16th season at the helm of the cross country, as well as track and field teams, has coached six girls to All-American status with Sarah Feeny being the most recent athlete to earn the honor.

Kepler has also seen a lot of success with his team in the classroom. Over the last 11 years each of his cross country teams have earned USTFCCCA All-Academic Team honors.

What has been your greatest memory coaching the cross country team?
Kyle Kepler: Just being around the women and watching them grow, watching them not only improve on the track, but as students and as people. I think that’s always the most rewarding. That’s why I got into coaching. That’s the most rewarding part. I mean, there’s always great races, there’s great success, there’s great teams, individuals, etc. But it’s really about the, you know, watching them grow and reach their goals and move on. We just had a Zoom alumni call the other night, it was awesome. I never thought to do it, but it was the brainchild of one of our gals that just graduated. And we had gals that were on my very first team here in Utah 15 years ago. So, you know, just to listen to their stories and see their success. You know, I went up to a dermatology appointment yesterday and one of the one of the gals from very first team, she works in that office as a doctor. So just some unbelievable stories and I’m really really proud of all their stories, all their success.
What does your ideal cheat day look like?
KK: You see, I’m a carb hound so you know, we’re going to start with the good plate of blueberry pancakes. Follow that with some french toast. You know, not a big lunch guy so maybe we’ll go with a bag of Doritos. And then at night, you know I’m a Midwest boy so we’ll go steak and potatoes. Or some barbecue, I love barbecue.
What was the last really great movie you watched?
KK: I’m not a big movie guy, so I tend to watch the same ones over and over. But I would have to say “Shawshank Redemption.” I think the characters in that movie are just unbelievable. I mean Morgan Freeman plays that incredible role. I mean everyone quotes that movie. “You get busy living or you get busy dying,” and “hope is a good thing.” It’s just a movie that when it comes on, it’s on AMC, IFC, TNT — it’s on every channel so it’s easy to run into.
What’s your favorite quarantine activity?
KK: This might be a little questionable but you know but for the first 12 weeks it was daddy day care. So I was home as was my wife, but her job takes on a little more importance at this time of what she does compared to a track coach that doesn’t have any kids to coach, you know, other than some Zoom calls and some things like that. So, you know, take care of my kids, they’re young and and, you know, getting them through this and getting them back to a point where we can get them back to daycare and so that that’s probably been the biggest one thus far.
What’s your favorite thing about the state of Utah?
KK: Honestly, I know I mean, I think a lot of people like me who are coming in from the outside and didn’t grow up here think the outdoors and the opportunity to really enjoy those but I’ve really enjoyed just being part of the growth, particularly of the Salt Lake Valley and this university. It’s amazing how different it is even in the last 15 years and some people will say, Oh, 20 years before that grew a lot. But I think in the last, you know, 10 to 15, particularly this place has really become, you know, a major metropolitan area. But, you know, I live down in Sugarhouse and I still got that neighborhood feel like when I grew up, so it kind of gives you the best of both worlds. But I came here for the outdoors and then to be a part of a really instrumental time in this University’s growth has been a lot of fun to be part of.
Where’s the coolest place you’ve ever traveled?
KK: That’s hard. I went to Costa Rica for my brother’s wedding but I can’t say that because my wife couldn’t come with me because we couldn’t bring the little ones with us, so I don’t want to say that. I’ve been to 33 of the 50 states. It’s probably cliche but I’d have to say Hawaii. Hawaii and London are my two go-to’s. I’ve been to London a couple of times.