Defying Expectations: How Six Student Artists Are Continuing to Create 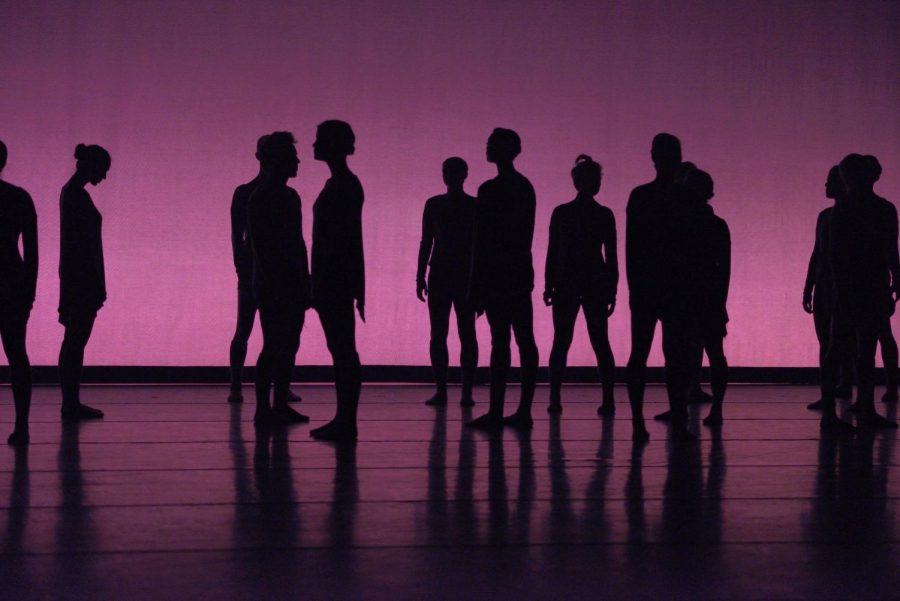 Students from the Utah Ballet Department perform in a dress rehearsel in the Marriot Center for Dance on campus on Wednesday, Nov. 4, 2015.

The art world has experienced massive shifts over the past few months. From the rolling news of cancellation and closures in March and April to attempts to redefine and reopen artistic spaces this summer, there is a general consensus that, even in a changed world, art is a necessity. The University of Utah has long been a training ground for young artists to explore and discover their passions, and in hearing their stories, it is amazing to witness their creativity and resiliency. I met with six student artists across many disciplines to discuss their journeys to higher education, how they continue to create in new ways and their advice for generations of artists to come.

Alison Saporta is a New York native studying for her master’s from the School of Music. As a vocal soprano, she discovered the U after meeting professor Kirstin Chavez at a summer program in Germany. After wrapping up her second semester, she said, “I’ve had very strong, positive experiences here. Moving from New York to Utah I learned a lot. I even learned how to drive!” For Saporta, the U has meant her first operatic role in “Amahl and the Night Visitors” this past fall and continuous growth and collaboration with Chavez and her studio of singers. “I have a lesson with Kirsten and I learn something new — about myself as an artist, about being a musician, about anything — every time I have a lesson with her.” Though her lessons and recitals have been virtual, she keeps practicing and working with Chavez. With a smile, she says, “There are a lot of opportunities if you pay close attention to them.”

For many students studying the arts, it is the relationships with faculty, many of whom are working professionals themselves, that guide their path. For recent theatre grad Nadia Sine, she was encouraged to transfer to the U after getting her associate’s in California.  “My high school drama teacher told me that I had a sophistication fit for collegiate theatre and I firmly embraced that. I also realized that I loved every aspect of theatre, including what happens beyond and behind the stage lights.” In the theatre department, Sine has not only performed — you might have seen her in last spring’s “Men on Boats” directed by professor Sarah Shippobotham — but explored writing, directing and designing. In discussing her cross-discipline interests, she says, “A friend once told me, ‘Give yourself permission to be great.’ I have always kept that close to me when I do something I’m passionate about.”

Though one of her productions was cancelled, Sine recently participated in SONDERimmersive’s collaborative project called “Through Yonder Window,” a drive-thru adaptation of Romeo and Juliet exploring dance and distancing, where she played the tragedy’s heroine. On the experience she says, “It was such a fascinating concept to portray since you couldn’t see half of our faces or physically touch each other, so it was definitely a major feat. The audience’s response was extremely positive! I think a part of it is that they appreciated how we were still able to do our craft despite these difficult times.”

Given the nature of performance art, quarantine has been a challenge for many, whether on the stage or the screen. “Film is such a collaborative type of work,” says film student Duncan Biles. For him, the past few months in quarantine have meant continuing to shoot videos and write scripts with his fellow classmates and collaborations to stay in the habit. “One piece of advice I have is to continue to create as much as you can. Even if you don’t feel like it’ll be perfect or exactly what you were expecting, you will always learn something from creating.”

Like Biles points out, creativity is a habit. However, when the methods of how you create change, artists have to change their own expectations. Take Rebecca Aguilar — her first year in the Modern Dance program was disrupted by the move to online instruction. “When quarantine hit and I wasn’t dancing every day, it was so different,” she says. “Dance is part of my identity, so who was I without it?” Having wanted to become a professional dancer from a young age and growing up in the world of competitive dance, higher education was a liberating transition for Aguilar. “[In competitions], I felt like I put more pressure on myself to dance a certain way. When I came to this world academic, educational dance, there was more freedom in my choices. My focus shifted from ‘getting everything right’ so to speak, to ‘How can I make this feel good in my body and explore the movement without looking for a right way to do it?’”

After getting back into the habit of dance from taking an online Zoom intensive, Aguilar found ways to be creative in her own home. “I started just making stuff and filming it. I would go outside and turn on some music. I started setting up different camera angles and editing it together and seeing what I could make by myself.” There’s an incredible video she posted on her Instagram where she used her dad’s drone to film her movement, the aerial shots highlighting a completely new perspective. “I would have never thought to do that if I wasn’t stuck in my house. I was always so focused on creating in the studio that I hadn’t played with creating outside of it. I had to drop my expectations of what I thought dance could be.”

Performance art isn’t the only way that artists are working on stepping out of the studio space. This summer has provided opportunities for visual artists to hone their skills and move toward their goals. Grace Davis, a painting and drawing major, has learned to find this sense of freedom in her study. Looking forward to the upcoming student art show and more possibilities of doing freelance work, she gives a piece of advice she’s learned. “I have learned that we must make ourselves uncomfortable, question every decision we are making and eliminate any comfort zones.” On fall semester, she says, “This time we are in school should be used to develop our style and experiment with new ideas, and they don’t always have to turn out well. That is the process of learning.”

Not all roads to creative professions are clear, as graphic design student Emily Weidman knows. After attending SLCC with the goals of being a teacher, she decided to follow her interests into the world of art. “I had always dreamed of going to the University of Utah, so when I finally transferred, I was over the moon!” she says. Through her first few semesters on campus and the time in quarantine to focus on her craft, Weidman was surprised by the moments of “art block” she faced. To fight the lack of motivation, she offers this small reminder. “Every great artist had to start at the beginning. Remember that art, in all its forms, is something that takes a lot of time and practice, so be patient and work hard.”

After missing artistic spaces for months but having the chance to hear the stories of these artists, I have hope for the art world and what projects and performances will appear in entirely new ways. Something Aguilar said on rejection and setbacks still rolls around in my mind. She said,  “It’s hard to see the light at the end of the tunnel, but it’s so special to be in the moment and say to yourself, ‘I love this, so I’m going to do it.’” No matter how the world continues to change, student artists are passionately and firmly creating in new and exciting ways.