Beating the Blue Bloods: How Utah is Bringing in Key Talent 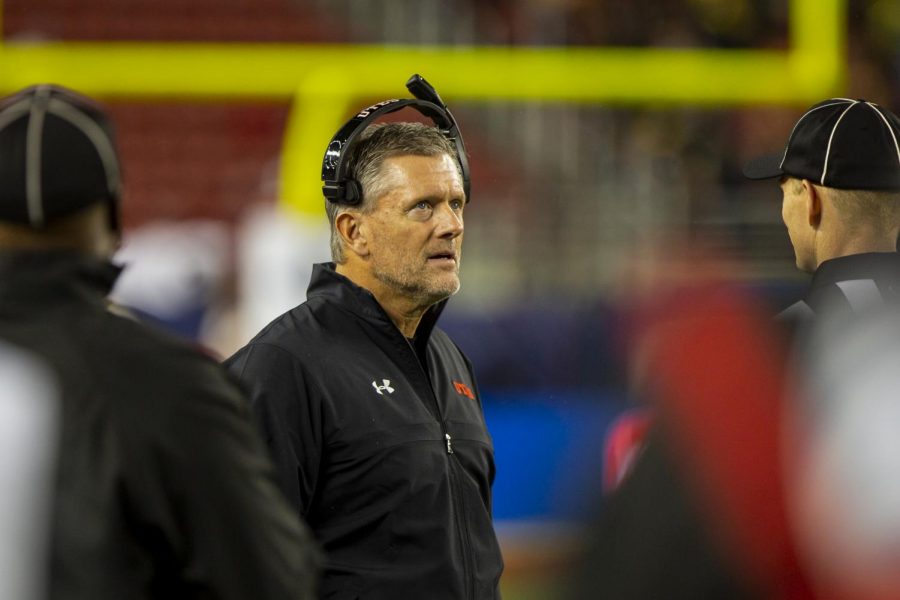 If someone would have told me four or five years ago that in the 2020 recruiting cycle, Utah would have flipped two kids who had originally committed to Texas and one who was committed to Ohio State, I would have said you were insane.

Hear me out — I thought the day would come where Utah would be able to flip the commitments of high four- and maybe even a five-star high school kid, but I didn’t think it would be this soon. Utah will celebrate their ten-year anniversary of being inducted into the Conference of Champions next summer, and to be completely honest I didn’t anticipate Utah seeing the success of being in the conference this early in their tenure.

We all knew that with Utah joining the Pac-12 they would greatly benefit on the recruiting trail, but to this day it still makes me giddy to see Utah in some of these highly rated high school prospects top choice schools lists. To see the drum and feather next to logos like Michigan, Oregon, Washington and USC is fantastic. And while sometimes Utah doesn’t come out of the battle with the commitment from the student-athlete to even be in the running for some of these kids is something that before joining the Pac-12 would have been a pipe dream.

Look at last year’s signing class, Utah finished ranked No. 5 in the Pac-12 and No. 29 in the nation according to 24/7 Sports. Both of those rankings were the highest in school history. Clark Phillips became the highest-rated prospect in school history when he flipped his commitment to Utah from Ohio State. Phillips’ had a composite ranking of 0.9746 and had offers from Alabama, Clemson, LSU and other big-name schools before he originally committed to Ohio State but then later flipping his pledge to the Utes.

Phillips wasn’t the only prospect that the coaching staff flipped in the class of 2020. Both Van Fillinger and Ty Jordan were originally Texas commits before de-committing and coming to the U.

All three of these cases are dreams for Utah fans, being able to swoop in at the last minute and flip the commitments of schools into your favor. Utah has been on the flip side of the coin with recruits before and I know that it sucks to lose a kid, but I will say it feels much better being able to say you came out on top of a heated recruiting battle.

Utah is starting to become a name in college football. Last season the team was knocking on the door of the College Football Playoffs and made it to their second consecutive Pac-12 Championship game. Things like that as well as putting loads of talent into the NFL also help on the recruiting trail.

While star rankings are important to some people, Kyle Whittingham and his staff have proven time and time again that stars aren’t important. The signing class of 2016 brought us the Hallandale Trio, Julian Blackmon, Leki Fotu and Bradlee Anae. Out of those six players, five are currently on NFL rosters.

The coaching staff at Utah is able to find some of the best talent in the country that other teams usually pass on because they don’t have the star rankings or go to the biggest and best high schools. But that too is starting to change as more and more kids who get an offer from Utah are later given offers to other programs in the Pac-12, because, well, Kyle Whittingham knows what he is doing.

So while Utah is starting to pull in the high four-star kids and maybe one day in the near future pull in a five-star kid, don’t get upset if they still bring in the three-star kids as well, Whittingham and his team know what they are doing on the recruiting trail and I have learned never to question them.