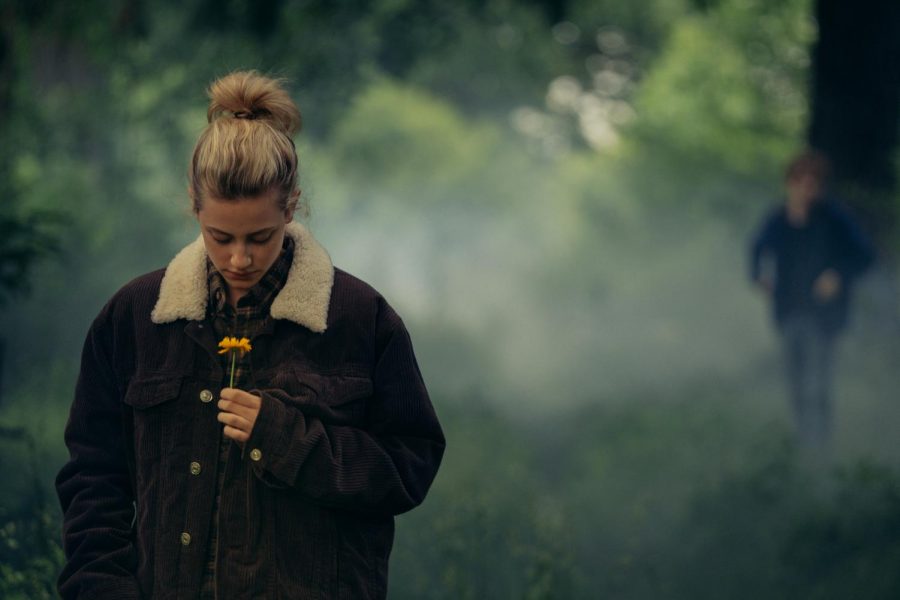 Our teenage years are when we feel most alive, or at least that’s what we have all likely been told at some point. These finite, yet infinite-feeling years can be some of the most transformative — they’re the years when we begin to discover and grasp who we are and who we want to be. But these years can also be the hardest years of our lives — the years we aren’t sure we’ll be able to endure as we begin to transition from adolescence into adulthood. These themes revolving around the teenage experience are explored in Richard Tanne’s new film “Chemical Hearts,” a romantic drama starring Lili Reinhart (“Riverdale”) and Austin Abrams (“Euphoria”). The film is based on the critically acclaimed 2016 novel titled “Our Chemical Hearts” written by Krystal Sutherland.

“Chemical Hearts” stars Abrams as Henry Page, a seventeen-year-old high school senior who has never been in love before. He believes himself to be a romantic but has never experienced that deep, once-in-a-lifetime love he’s been hoping for. Then, on the first day of school, Henry meets a new transfer student named Grace Town (Reinhart), and he starts to think his romantic fate may change. When both are chosen to co-edit the student newspaper, Henry finds himself intrigued and drawn to Grace’s mysterious persona. As the two begin to form a friendship, Henry learns of a heartbreaking secret that has changed Grace’s life — while beginning to fall in love with her.

The film’s love story is quite unusual and awkward, but that’s the point. Relationships, especially romantic relationships forged as teenagers, are unusual, messy and downright heartbreaking most of the time. “Chemical Hearts” portrays the fragility of navigating love, loss and grief in a realistic, delicate way — capturing the raw, all-consuming emotions of a first love. The film doesn’t shy away from or gloss over the realities of young love, as most teenage relationships don’t contain that perfect, happy ending we see in cinema. Instead “Chemical Hearts” faces young love head on, not seeking to minimize the emotional weight both Henry and Grace bring into their unconventional relationship but to put it fully on display — to show that teenagers experience intense struggles too. As Grace points out early on in the film, “Being young is so painful — it’s almost too much to feel. The teenage years are limbo — you’re somewhere between being a kid and an adult.” She adds, “The world tells you to be mature and express yourself, but the minute you do, it tells you to shut up.”

Reinhart and Abrams deliver stellar performances in “Chemical Hearts.” Reinhart portrays Grace with an emotional vulnerability new to the actress’s repertoire. With this performance, Reinhart is giving viewers a glimpse into her full potential as an actor. In an interview with Entertainment Weekly, Reinhart discussed how starring in and serving as an executive producer on “Chemical Hearts” highlighted her potential saying, “People haven’t really seen what I’m fully capable of.” She continued, “Maybe they only see me as being on a commercial television show, and I hope that this shows people that my heart is really in film. I want people to see me as something other than Betty Cooper. It’s hard to break out of that mold.”

“Chemical Hearts” is not just another teen movie with the stereotypical boy meets girl storyline. It’s a film that explores the hardships of young adult life in general — the glorious highs, tragic lows and the glue that holds everything together.