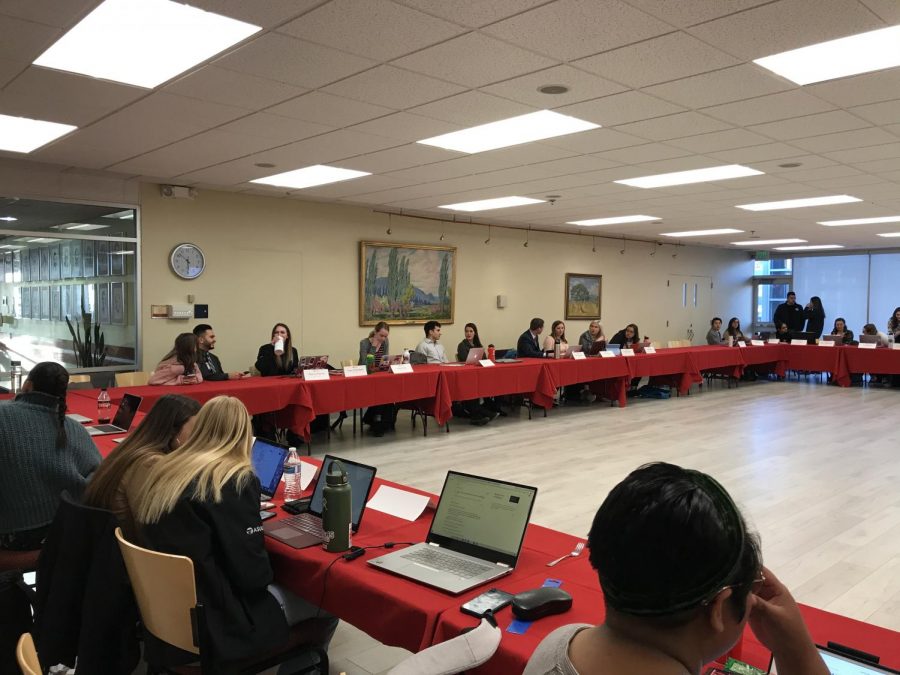 Due to constituent outreach, Chan and Wojciechowski began to draft articles of impeachment, which will be published at a later date.

“A lot of the motivation behind the impeachment is because constituents have come to us and it’s our responsibility to listen to those constituents and also do what we believe is right for the student body,” Chan said.

The meeting, which was covered in an earlier article, left Chan and Wojciechowski “really concerned.”

“Just hearing our students say the same thing really confirmed to us what our next action items needed to be,” Wojciechowski said.

If found guilty, Kwak will be removed from office immediately and will no longer be able to hold an ASUU government position for the rest of the academic year.

Wojciechowski said there was “a lot of really inappropriate behavior exhibited by Sen. Kwak” during the meeting on July 16th. Wojciechowski also said she reached out to “those who were directly impacted” by the meeting’s proceedings and those individuals “expressed the importance of wanting [Sen. Kwak] removed from office.”

Both Chan and Wojciechowski said they would reserve personal opinions about whether or not impeachment is necessary for a later time in order to write the articles without external influence or bias.

“A lot of the things in the articles are based off the Constitution,” Wojciechowski said. “All in all, that’s what we’re going off of here — not only Redbook but also speaking on behalf of our students and their concerns.”

When the meeting finished, Kwak said he sat down with Chan and apologized for interrupting— which “is a clear violation of Robert’s Rules.” Kwak said he reached out to apologize to the Black Student Union and received no response.

Kwak said he felt he was misrepresented in the meeting.

“During that meeting, I was painted as a racist. I was painted as someone who is making it an unsafe space, and if the Black Student Union felt that way— clearly I apologize. I’m not here to make anyone feel attacked. I’m here to just do my job. I feel like my good intentions were very misrepresented,” he said.

Kwak served as Attorney General last year and oversaw impeachment proceedings, among other duties. He said he would not have considered interruption as an impeachable offense.

Additionally, Kwak said he felt as if he didn’t disagree much with the Black Student Union. He said his ultimate goal was to pass resolutions which can lead to change instead of making statements.

“I just really wish that ASUU, especially with this experience going through this early in the year, I really wish we can become a better collaborative body that is not divided. That only works with one goal to serve our student body whatever their identities are. Whatever the factors are here, just serve everyone in our community,” Kwak said. “We all share one creed, that we’re students of this university, we want to serve our communities and I think from this experience I really wish we could become a better functioning, better understanding body.”

The articles of impeachment will be voted on in the Senate Thursday, Sept. 3.