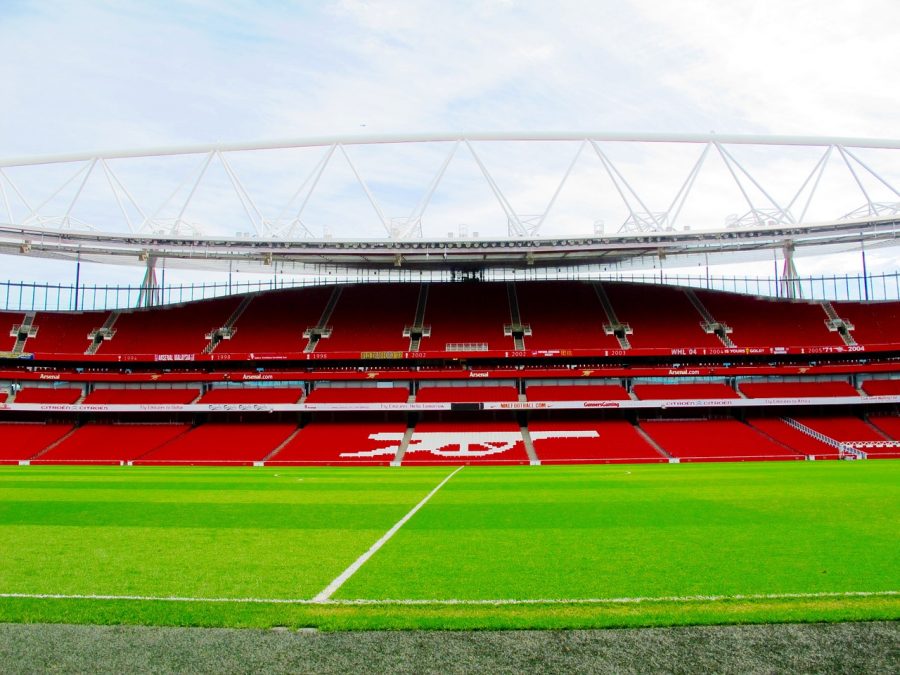 As professional sports continue to find their place in the wild year of 2020, the English Premier League is set to begin a brand new season in a little over a week. While there’s usually several months in between seasons, due to COVID-19 and the three-month break, there will have only been 7 weeks in between the end of last season and the beginning of the new 2020/2021 campaign. The Premier League is clearly demonstrating their determination to no longer be affected by COVID-19 and to ensure the game moves forward.

Despite such a short offseason, clubs have wasted no time in the transfer portal as they attempt to improve their rosters and make a run at the extremely coveted Premier League Trophy. The following is a list of the top five clubs who have a chance to add the League trophy to their mantle in 2021.
5. Arsenal
Despite finishing eighth last season, Arsenal has found a lot of success as of late. Winners of both the FA Cup and the Community Shield in the last month, Arsenal’s confidence is at an all-time high as they were underdogs in both of those matches. It is also important to note that Arsenal had a league high 14 draw last season. If they could’ve won just four of those draws they would’ve finished third in the league ahead of Manchester United and Chelsea. With their talented Captain Pierre-Emerick Aubameyang, who finished second in goals scored with 22 last season, and the rest of the Gunners, don’t be surprised if Arsenal are competing for the league this year.


4. Manchester United
After a fairly abysmal 2018/19 campaign and some drama with club star, Paul Pogba, the Red Devils got back to winning ways in the 2019/20 season. They finished third in the table and had a goal differential of 30 as they scored 66 and only conceded 36 (one more than second place Manchester City). Similar to Arsenal, the Achilles heel for United was the 12 draws they finished the season with. If the club can find a way to cut down the number of games they draw, they will be a fierce contender for the title.
3. Chelsea
The club has had a busy last few weeks as they’ve looked to improve on last year’s fourth place finish. With the recent additions of Thiago Silva, Ben Chilwell, Timo Werner and Hakim Ziyech, the Blues are poised to build on their strong finish to last season. These additions will no doubt fill some of the gaps and help the club improve upon their 12 losses from this last campaign. Chelsea will also look to continue developing their young star, Christian Pulisic, who scored nine goals and tallied four assists in his first year with the club.
2. Manchester City
City was an absolute powerhouse on offense as they scored 102 goals and had a league high 67 goal differential. However, the club had nine losses which is what kept them from winning the league in back to back seasons. The biggest news surrounding the club in this short offseason is the potential addition of soccer legend, Lionel Messi, who has recently requested a transfer from Barcelona after an embarrassing 8-2 defeat in the Champions League. If City can add Messi to their already superstar inhabited roster they will be the favorite to raise the trophy, but until then they remain at a close second.
1. Liverpool
It was a near perfect season for the league winners as Liverpool won 32 games, scored 85 goals, had a 52 goal differential and finished with 99 points. Their roster is overflowing with creative superstars such as Mohamed Salah, Sadio Mane, Virgil van Dijk, Roberto Firmino and the recently added Takumi Minamino. With only four losses in their last two Premier League campaigns, it’s evident that Liverpool knows what they are doing and should be the favorite. That is unless a certain Argentinian superstar finds himself in a Manchester City jersey.