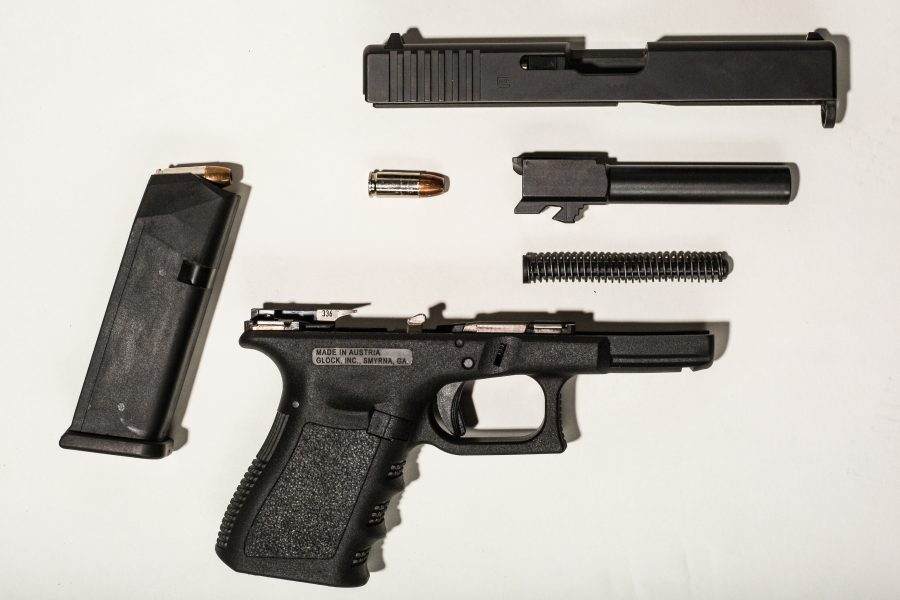 American leaders and politicians seeking positions of power will say almost anything to gain votes. Time and time again, leaders make empty promises and fake commitments to push dishonest political agendas onto students. They make claims about ensuring our safety and vowing to “change” their policies to protect us. We are sick of false hope and trusting individuals who aren’t keeping us safe.

One of the downsides of coming back to campus is remembering how pervasive gun violence has been on U.S. campuses for decades. After the 2018 school shooting at Stoneman Douglas High School, students led a march for our lives in which 1.2 million people participated in. Yet despite the massive turnout, leaders and legislators ignored our pleas for change, and the lack of action was and continues to be, evident. Far too often, gun violence is glazed over, only to be revisited when a school shooting or gun violence occurs. We need to take action to prevent violence against students before it’s too late.

School shootings and shooter threats in the U.S. are so common that people started treating them as a normal occurrence. School districts began presenting new ideas to increase student protection and decrease liability, such as redesigning hallways to protect students, or even by providing absurd back-to-school supplies like buckets of cat litter for potential lockdowns. Most schools in the U.S. even have school shooter drills, which can prove to be traumatic for students and faculty. None of this is normal. No other countries comparable to the U.S. are afflicted with this issue at such a scale, yet gun control in U.S. schools remains a controversial topic. Our country is more focused on debates about gun rights than they are focused on student safety. As if our lives as students are expendable, a small price to pay, for continual debates rather than action towards gun control. There shouldn’t be any controversy: guns do NOT belong in schools.

Safety precautions are helpful to a certain extent, but what students really need is gun control on campus. As the University’s administration scrambles to gain students’ trust following the death of Lauren McCluskey, our leaders need to put aside their partisan affiliations and lead a discussion about gun control on campus. While McCluskey’s death is different in its nuances from that of a student’s death by a school shooter, the administration’s goal should be to make students feel safer. A specific way to assure safety among students is to decrease the number of guns allowed on campus. Our campus is for learning and connection — not fear and violence. Students come to educate themselves and connect with like-minded individuals. They should not have to worry about the event of a school shooting. Yet the policies remain the same — guns are allowed on campus as long as they are concealed.

Gun control on campus needs to be reconsidered as students return to school. Considering tighter gun control policies on campus will boost the U’s trust with students going forward and decrease the chances of a school shooting. Students want to feel safe. I want to feel safe. And there are numerous examples and policies in place from other countries that we can learn from going forward with gun control. But we need to stop assigning blame to bullying, mental illness, or even violence in video games for the reason school shootings occur in the U.S. This problem is because of easy access to guns in the U.S. and their apparent presence on campus. With revised gun control policies in schools, student safety can be a priority. When it comes to protecting students’ lives, it is better to be safe than sorry.