Cushman: Party Politics Have No Place in Public Education 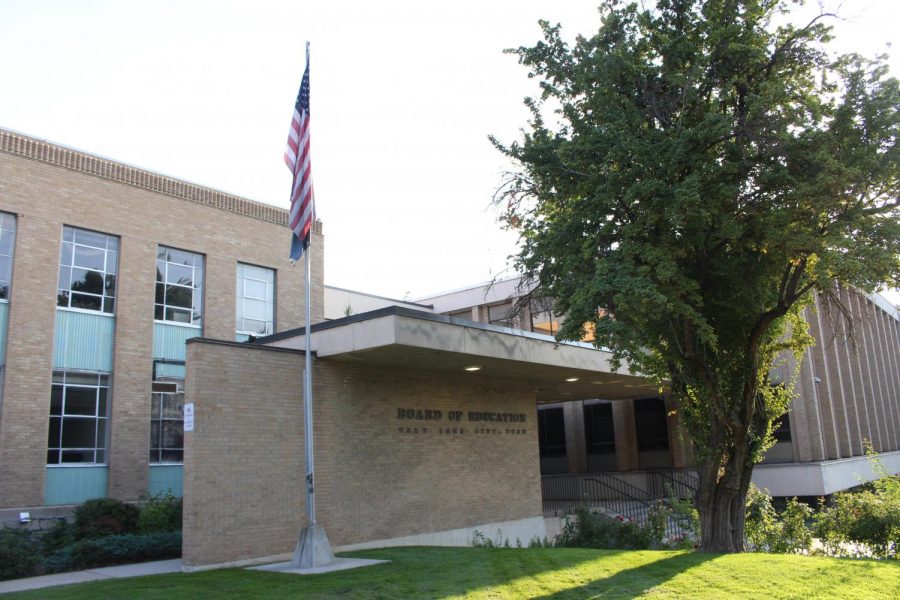 This year, Utah’s ballot for the state school board election has party labels next to each candidate’s name. A 2019 Utah Supreme Court ruling has allowed school board candidates to run affiliated with a party for the first time in Utah history. Having candidates for the Utah State Board of Education run under party labels will hurt our state because it will take the focus of the election away from the best ways to help our students.

Texas made headlines in 2010 when their Republican-stacked state board of education voted to make significant changes to the curriculum in their textbooks. Alterations were made to remove evolution, glorify American capitalism and insinuate that the founders of the United States did not believe in the separation of church and state. For Texas students, the result of a partisan school board was an education rooted in bias rather than historical fact. A partisan state school board changed education in their state to support their party’s beliefs rather than facilitating an accurate education of 4.8 million children.

The state Supreme Court’s ruling opens the door to party politics being a factor in the education of our students. By allowing those running for school board positions to identify with a party, we are allowing them to identify themselves not as a person with ideas about how to improve our education system, but as a supporter of one ideology. This year, just over 80% of candidates filed as Republicans. Of course, Utah is an extremely red state — I’m sure that in previous years, most candidates personally identified with more conservative values. The key difference is that in the past, unaffiliated candidates were forced to run (and citizens were encouraged to vote) on issues they cared about. Candidates this year are running on entire party platforms and all the beliefs that come along with them. The promise they are making to voters is much different than promises made by candidates in previous years. Authorizing candidates to identify with a party will shift the focus of school board elections away from solving the obstacles our students face and toward the same, tired partisan battle fought in every other election.

Horace Mann, an early proponent of public schooling in the US, was a firm believer in education as a tool for preparing constituents to engage in and with their government and evening the playing field of our democracy. The Founders, too, believed in the importance of an educated constituency. Part of the justification for restricting suffrage to property-owning men was their ability to afford an education and become “acquainted with public affairs.” Now, the role of education has expanded to act as a pathway to success for many Americans. Education is one of the number one indicators of poverty and one of the most effective ways out of it. Education prepares our students for the responsibility of the right to vote and gives them the tools they need for success.

The role of education should not be to perpetuate one ideology or view of American history (not to mention science, literature or human sexuality). Allowing room for more than one set of beliefs in our education is important to offering students the range of knowledge necessary not only to make life decisions but to cast informed ballots. State school boards carry significant weight in what our students’ education ultimately looks like. Comparing textbooks from Texas and California shows a significant difference in the history education American students receive. Subtle changes make one textbook more sensitive to race issues and another more concerned with things like second amendment rights. It’s clear, then, that the party in control of a state school board can drastically change the focus and values of millions of students. By allowing Democratic or Republican ideologies to be directly involved with our state school board, we are also opening the door to the entanglement of party ideologies and education and the possibility of one ideology guiding what our children and future voters know about the world. Instead, it should present students with all the facts on a subject so they can come to their own conclusions.

Utah is a supermajority Republican state. Our legislature, public officials and school boards usually consist primarily of Republicans. Much of our state politics and culture is already dominated by a conservative worldview. Our education will always have a conservative bias as a result of our state’s politics, but prohibiting party involvement in our school board elections was essential to maintaining the integrity of our students’ education.

Growing up in Utah, I know firsthand that the strict conservatism of this state can feel constraining. I consistently felt as if I was coming up against certain walls in terms of what I wanted to learn or say in the classroom environment. Permitting candidates for school board to run in support of one party will only further some of the limitations Utah students face.

Our state’s schools should better Utah students through access to factual, unbiased curriculum and resources. That shouldn’t be a Democratic or Republican goal — in fact, we can do it better without partisan labels. By maintaining focus on school board candidates’ issues and platforms rather than their party affiliation, we can provide offer our students a better education.