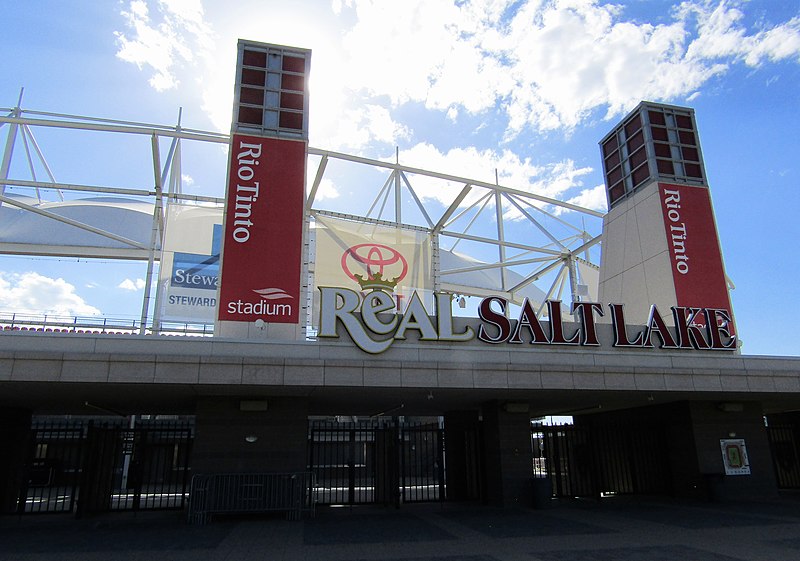 On Wednesday Aug. 26, the soccer world in Salt Lake City came to a stop, just like most professional sports leagues across the country to protest the shooting of Jacob Blake.

But the following day, comments made by owner Dell Loy Hansen caused the MLS and the NWSL to open investigations after numerous outlets reported past of racial comments made by the owner. He was quickly put on administrative leave after his comments were made public.

Not only does Hansen own Real Salt Lake but he also owns Utah Royals FC as well as the Real Monarch who are a part of the USL. All three teams make up Utah Soccer Holdings.

While the investigation into Hansen’s comments is still underway, Hansen announced on Aug. 30 that he would be selling Utah Soccer Holdings with hopes that the teams will remain here in Utah.

“I recognize that at times I have spoken too quickly, without pausing to consider the feelings or good intentions of others. This is not acceptable and I assume full responsibility for allowing my words to travel unfiltered as to their significance and impact,” Hansen said in a statement released by RSL. “I believe that communities are strengthened by diversity. I am truly sorry for offending and being insensitive to the plight of others. I seek to do better and commit to supporting and improving diversity and inclusion in my own community going forward.”

Not long after Hansen announced his departure from the franchises, the Real Salt Lake affiliate of SB Nation released another report stating that Chief Business Officer Andy Carroll had a past of making sexist comments not only to employees but also members of the Royals team.

According to the story in 2019, Carroll requested that members of the Royals be photographed in a ‘sexy’ way.

The story goes on to say that Carroll only wanted players like Christen Press, Kelley O’Hara and Amy Rodriguez placed on advertisements because to him they were the prettiest players on the team.

“He apparently did not want Gunny Jonsdottir or Becky Sauerbrunn used, as they were “too ugly,” according to the RSL Soapbox article.

Another allegation that Carroll faces is when keeper Nicole Barnhart set the NWSL record for most shutouts in a season, Carroll discouraged the media from covering the momentous occasion because Barnhart was not attractive enough to him.

Carroll was put on leave on September 1.

“Utah Soccer takes these allegations extremely seriously. Utah Soccer prioritizes the safety, well-being, and security of its players and employees above all, and does not tolerate discriminatory or derogatory conduct of any kind,” the organization said in a statement.

The MLS also released a statement about the allegations of both Hansen and Carroll stating that they had hired a firm to conduct the investigation.

“The league retained the New York-based law firm of Sullivan & Cromwell LLP to oversee the investigation, and these matters will be addressed promptly. We are deeply committed to maintaining an environment based on respect and integrity, free of discrimination in any form. Our employees, clubs, players, and fans remain our top priority,” the league said in a statement.

While the holdings are still fresh on the market, there has already been some interest in parties looking to buy all three teams.

The most public of the interest came from Houston Texans defensive end JJ Watt who on Twitter said he had an interest in buying all three teams and keeping them in Utah.


Watt, who is married to former Alta high school standout and current forward for the Chicago Red Stars Kealia Watt, says he has experienced how the culture of soccer is in Utah and wants to continue the growth of women’s sports across the country.

While it remains to be seen who will become the new owner of Utah Soccer Holdings, one thing is for sure — change is coming for Utah soccer.