Declan McKenna’s ‘Zeros’ Explores Being Young During an Apocalypse 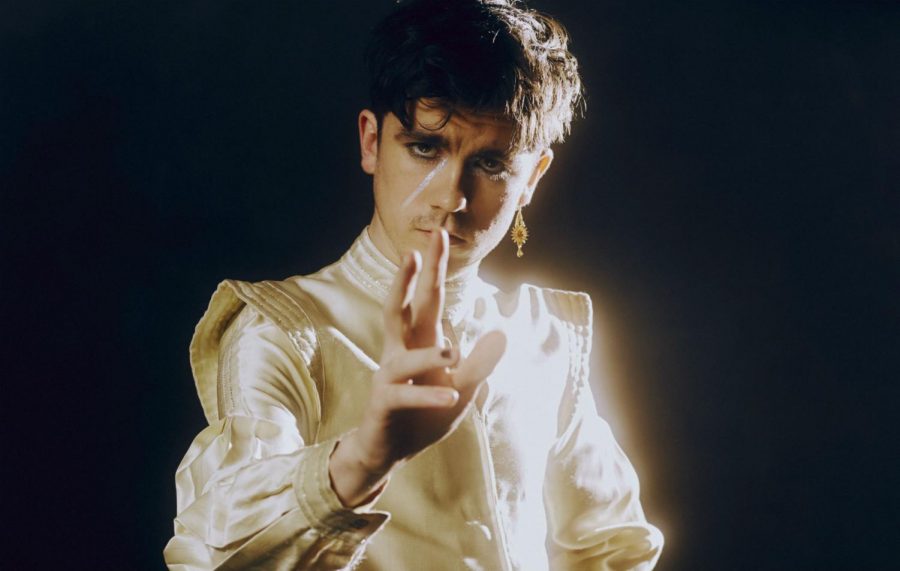 There’s a palpable anxiety pulsing through the veins of Declan McKenna’s funky, synth-pop sophomore record. Released Sept. 4, 2020, “Zeros” retains the youthful spirit and critical social commentary of McKenna’s internationally successful debut album “What Do You Think About the Car?” but carries a new emotional exhaustion. I had the chance to virtually tune in as McKenna performed the album live from London. Nothing can quite capture the aura of “Zeros” better than a smiling, slightly disappointed McKenna saying to an empty theater inbetween the final songs, “I hope this gig single-handedly makes up for all the bands not on tour now. We’re all in a dark hole.”
Key Tracks
Cosmic, apocalyptic imagery proliferates the oftentimes opaque lyrics of “Zeros.” The first track, “You Better Believe!!!,” kicks off the record with a rejoiceful, spacey beat that dives head-first into McKenna’s acceptance that humanity, and the planet itself, might have been doomed to fail from the very start. The second verse’s lyrics are particularly telling of McKenna’s intention with the album. As he sings, “The time has come where rocket boots and lasers / Lose their flavours like gum stuck to your heels” and “Oh, I’m sorry, my dear / The asteroid’s here,” McKenna comes to terms with the reality that human intentions often only exacerbate our crises, both systemic and interpersonal, rather than heal their root causes. A similar theme can be heard in “Daniel, You’re Still a Child” and “Emily” — two tracks whose slowed down, conversational sound set them apart from the rest of “Zeros.” The melancholic, almost folksy “Emily” sees McKenna drop all pretenses, and it’s a particular favorite of mine on the album.

It’s near-impossible to tell, but McKenna stated that the colorful and seminal “Beautiful Faces,” released as a single before the rest of the album on Jan. 29, 2020, is actually about “young people in the modern world and how intimidating it can be. How scary it is to see so much and feel as though you’re doing so little.” Like many others on the album, this song approaches the heavy topic with an almost ironic level of informality and optimism. I’m still unsure whether he is genuinely seeking joy in the midst of chaos or satirizing the onslaught of toxic positivity onto young people. Given McKenna’s sense of humor and his tendency for cynical anti-establishment rhetoric, it’s most likely the latter.

McKenna calls track seven, “Twice Your Size,” an “environmentalist jam.” McKenna explained, “At one point, I thought I was writing an album for each way the world could end, like each song would be a way the world could end. And the last few songs are that.” The following song, “Rapture,” continues but amplifies the record’s anger and intensity. Punchy guitar riffs, a falsetto-heavy chorus and straight-up screams make this one reminiscent of early 2000s apocalyptic tracks from English rock band Muse like “Time is Running Out” and “Supermassive Black Hole.” Coming down from the righteous youthful indignation McKenna is known for, “Eventually, Darling” concludes the album as a pleasant, poignant exploration of growing up in a tumultuous time. Interestingly, this final track of “Zeros” is the first McKenna wrote for it, and it’s the song he said drove the direction of the whole album.
Final Thoughts
While my favorites by McKenna are still — and maybe always will be — earlier tracks such as “British Bombs” and “Make Me Your Queen,” “Zeros” absolutely did not disappoint. I enjoyed the more clear lyrical intentions behind “What Do You Think About the Car?,” but this record offers equally valuable and equally spirited messages, even if they do require some digging to find. McKenna is a singer who consistently feels less like a celebrity and more like a young, passionate artist who is still awkwardly settling into his fame, and this magnetic authenticity exudes from every track of this vibrant, timely album.