Bagley: Ranking the Newest Jerseys in the NFL 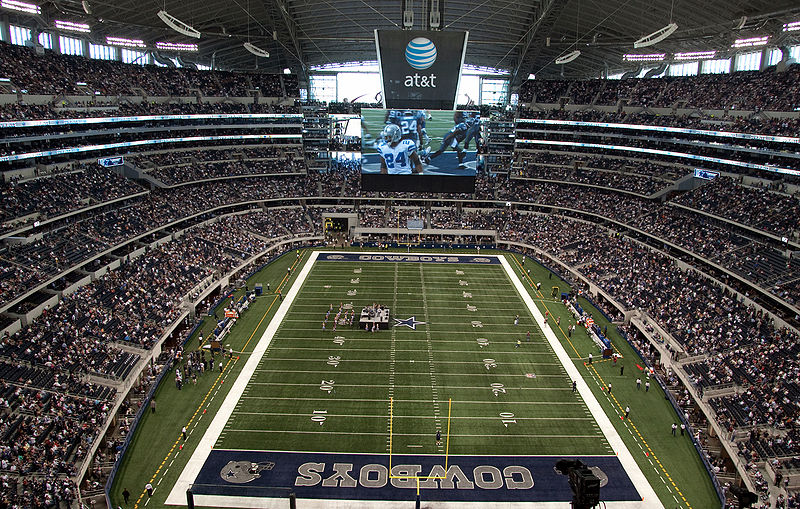 In a year of shutdowns, quarantining, social distancing, toilet paper shortages and a whole lot of uncertainty, sports fans rejoiced this last weekend as the heavily anticipated NFL season began. The first week of competition did not disappoint as we were dazzled with flashy passes, freight train runs, devastating tackles and pure American football. In addition to the impressive plays, several teams took the field in new uniforms to begin their 2020 campaigns.

Seven of the 32 NFL teams have made changes to their uniforms and those teams are the Tampa Bay Buccaneers, Atlanta Falcons, Los Angeles Chargers, Los Angeles Rams, Cleveland Browns, Indianapolis Colts, and New England Patriots. The following is my personal ranking of each of these new fits from worst to best.
7. Indianapolis Colts
The only real upgrade the Colts made this offseason was in drafting Julian Blackmon. As far as their jerseys go, I don’t even know if I would call it much of a change. The Colts changed the number fonts, the word mark on the helmet, added a Nike swoosh to the shoulder, and well that’s it…I do like the new secondary logo that’s a horseshoe-shaped like a C and has the state of Indiana in the middle, but when you “release new jerseys” you should probably actually make a few notable changes.

6. Los Angeles Rams
There is a serious battle for LA when it comes to the NFL. The city now has two football teams that take its name and well, the Rams lost the battle when it came to the jersey upgrade. While the new helmet is pretty good looking, the jerseys took a “ram tough” hit for the worse. The blue jersey isn’t terrible, but why do the numbers transition from yellow to white? Also, the patch in the top left shoulder has a weird off-color zig-zag stitching above the team name. Who was learning to stitch patterns on these jerseys? Last and certainly the least, is their other jersey grey or white? I think it’s grey but sometimes it looks white…overall these jerseys do not impress but at least they are different from what they had before.

5. New England Patriots
The Patriots were also a team that made minimal changes to their uniforms this offseason. While it was minimal, they actually look quite nice as they added some stripes to the shoulders and pants. But more important than the jerseys, it’s the change in QB’s that most fans will be paying attention to as it’s no longer their boy Tom. But overall there’s really nothing wrong with these, they just aren’t as good as the next four.

4. Cleveland Browns
When your name is the Browns and that’s one of your primary colors it’s going to be tough to be the best looking. However, these new uniforms look really good as they improved on an all-white uniform, brown top with white bottoms, and changed the stripes on their arms. Overall, one of the best uniforms the Browns have produced in a long time.

@obj in the new threads 👌

3. Tampa Bay Buccaneers
Tom Brady. Check. Rob Gronkowski. Check. Leonard Fournette. Check. Fire new jerseys. Check. The Tampa Bay Buccaneers have made a lot of upgrades this season and are poised to potentially make a run at the Super Bowl in style. The Bucs have had arguably the worst jerseys in the league with their alarm clock style numbers and clashing colors, but these new jerseys are fresh. They’ve gone with a more simplified look that resembles fits from the ’90s and early 2000s including a red, a white and a pewter jersey that are very pleasing to the eye. Bucs fans will love these new jerseys and all the new players who are wearing them.

2. Atlanta Falcons
The Falcons are flying high after they released some of the best NFL jerseys we have ever seen. They ditched a set of uniforms they’d had for a while and released some clean-cut fits that you can’t stop looking at. The new jerseys include a white, black, black throwback and red jersey that fades to black midway down the shirt. All but the throwback also includes the city’s initials, ATL, which looks awesome on these new fits. Each jersey has a very intimidating look to it and they are all interchangeable with the team’s pants. If it wasn’t for the Los Angeles Chargers, these would definitely be number one.


1. Los Angeles Chargers
How do you spell perfection? C-H-A-R-G-E-R-S. It’s no question that the Chargers have always had some of the best looking uniforms in the league with their powder blue colors and lightning bolts. But the best got better as they took all that, simplified it, added some numbers to their helmets and introduced two new color rush jerseys. Absolute geniuses worked on these uniforms as they are the new definition of having absolute swagger on the field. The over-sized bolts on the shoulder with the slight white trim is the best a lightning bolt has ever looked and a close second is the one on the pants. The best thing about these uniforms is the interchangeable tops and bottoms as it allows for the chargers to have 6 potential uniform combos, and each is a thing of beauty.