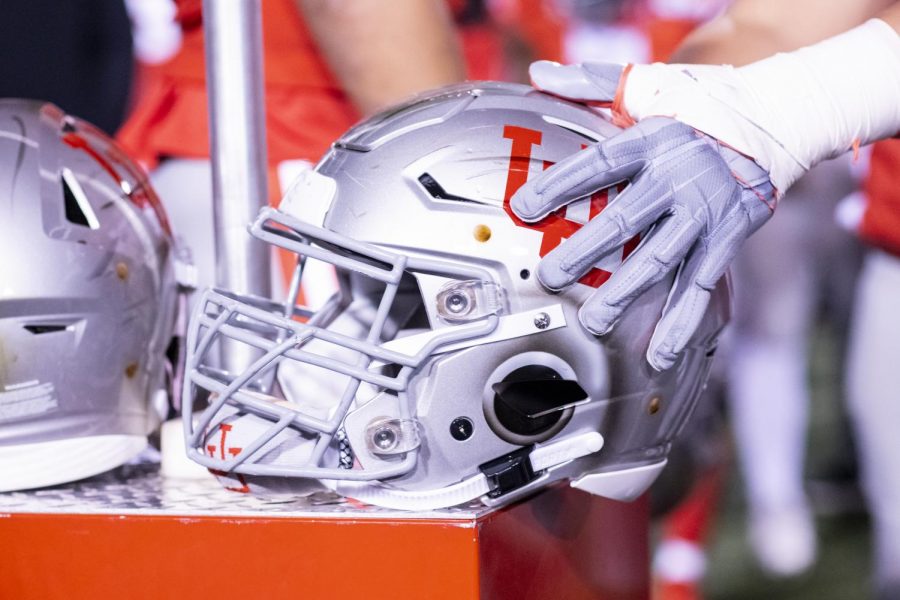 The University of Utah football team brought out the throwback helmets again in an NCAA Football game vs. Colorado at Rice-Eccles Stadium in Salt Lake City, UT on Saturday, Nov. 30, 2019. (Photo by Curtis Lin | The Daily Utah Chronicle)

After a wild day, the Pac-12 looks to be bringing back football sooner than expected. This announcement comes a few hours after the Big Ten said they would be starting their season in October.

The conference’s return was not an easy road. Six of the 12 teams in the conference were facing strict government lockdowns that would have prevented them from playing this fall.

On Wednesday morning, Pac-12 Commissioner Larry Scott commented on how the conference was doing in wake of the news that the Big Ten will be playing after all.

“At this time, our universities in California and Oregon do not have approval from state or local public health officials to start contact practice,” Scott said in the written statement. “We are hopeful that our new daily testing capability can help satisfy public health official approvals in California and Oregon to begin contact practice and competition.”

Yesterday, student-athletes from USC released a letter to Governor Gavin Newsom pleading their case for being able to play this fall.

Student-athletes from Oregon also pleaded with Governor Kate Brown asking for them to be able to play.

Utah student-athletes joined in showing their support for their opponents who were under the restrictions.

But things just got more complicated from there for the conference.

Wednesday afternoon, Gov. Newsom stated that “there’s nothing in the state guidelines that denies the Pac-12 from having games,” which lead to a two-hour phone call with Scott about getting restrictions lifted for the four teams in the state.

In his original guidelines, Gov. Newsom stated that there was a “misrepresentation of the facts” about what could and could not happen under the restrictions.

After the phone call with Scott, reports indicate that Gov. Newsom reached out to USC officials about fast tracking a new plan that limits practices to 12 people max.

Meanwhile in Oregon, Gov. Brown released a statement that opens the door for Oregon and Oregon State to resume play just like the state’s professional teams.

Gov. Brown’s statement said that the state had not received any information regarding the Pac-12’s partnership with Quidel and that they cannot move forward until they receive those plans.

With things somewhat solidified at the state level, it is now up to city and county officials as well as university presidents to decide when the conference will be set to start play. The Pac-12 CEOs are scheduled to meet on Friday.

In a statement released late Wednesday, Scott said that the conference welcomes the support from the governors and that he is eager to let those student-athletes back on the field.

Scott’s full statement can be seen below.

It is also still unclear whether all fall sports will resume or just football.