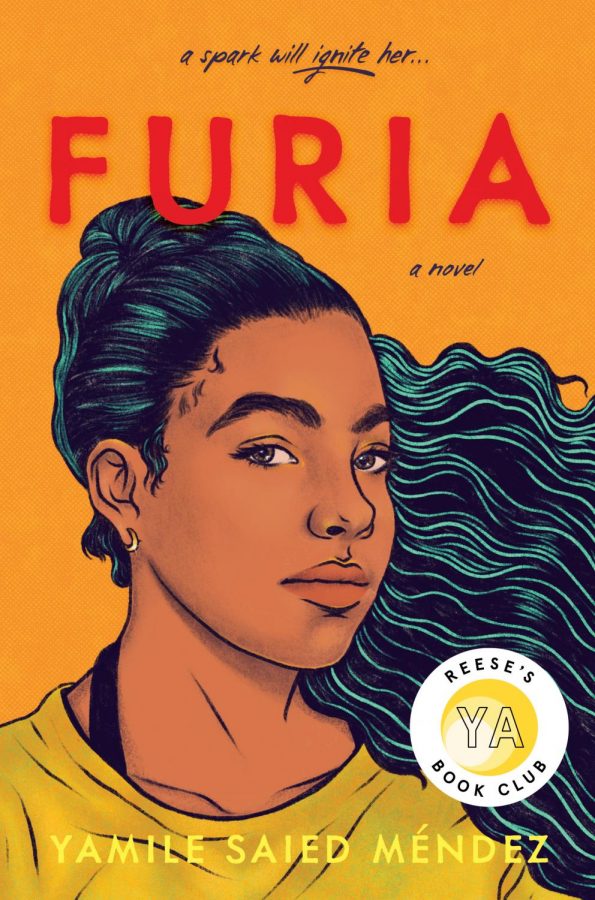 Yamile Saied Méndez is nothing short of a trailblazer in the growing community of diverse female writers, with previous publications including multiple grade-school books such as “Shaking Up the House” and “Wish Upon a Stray.” “Furia” is her first Young Adult novel, a story she says was the manifestation of an idea that came to her no less than 12 years ago.

“Furia” is a powerful tale of, in Méndez’s words, “overcoming all odds.” Take Méndez’s female heroine Camila “Furia” Hassan, a high-spirited, rebellious and self-aware teenager who possesses a momentous secret with the potential to change everything — she, alongside her idolized fútbol-playing brother, has maintained a covert career of her own as a striker on the Eva María team in Rosarina, Argentina.

For Méndez, there is a surprising message that underlies the story. Growing up with girls “only allowed to play volleyball and field hockey,” Argentina was a very different world in terms of equal opportunities for women, especially within sports leagues. Camila Hassan’s character is a realization of those potentials Méndez always dreamed of and how they’re ready for the next generation to seize.

Thematically, the book is about so much more than fútbol. “Furia” tackles many subjects, including friendship, family conflict, resilience over struggle and pursuing one’s passion at all costs.

The parallels between Méndez’s own life and Camila’s cannot be overstated. Coach Alicia, Camila’s fútbol coach, is a character that pays tribute to a person in Méndez’s own life: Ruby, an English teacher who Méndez looks back on with fondness, for all her help in preparing Méndez for the SAT and her future journey to the United States. Méndez, her voice soft, says of Ruby, “Even though sometimes I doubted myself, she never did.”

Being gracious enough to allow help from others is another important theme this book touches on. For example, Camila finds herself seeking help from a metaphysical source as she moves closer toward her goal of becoming a fútbol player in the states.

La Difunta Correa, a saint held in high regard by Argentinians, was known for miraculously managing to sustain life despite her body perishing in the heat of the San Juan desert. Méndez says of La Difunta that there are many shrines devoted to her, where the “community can be united” and that her worship represents the yearning to fulfill impossible dreams. When Camila needs to succeed, she calls on La Difunta Correa. She calls on her coach, her friends and those in her family who are inclined to throw themselves at risk. Most importantly, she seeks to always find that fiery passion within herself, despite the life-limiting social norms that threaten to impede her progress.

“Furia,” a novel rich in cultural surroundings, motifs and age-appropriate wisdom, is a must-read. It matters little whether you love fútbol or the U.S. equivalent because “Furia” cannot be defined by one category of literature, just as Camila herself cannot be defined by the larger society she finds herself in, nor the practical desires of her mother and father, nor anyone who manages to get in her way. She is “Furia,” a fútbol player too headstrong, and a force too mighty to be ignored.

Méndez will be reading from and talking about “Furia” at an online event hosted by The King’s English Bookshop on Tuesday, Sept. 22. For more information on “Furia,” check out the designated page on Méndez’s website.